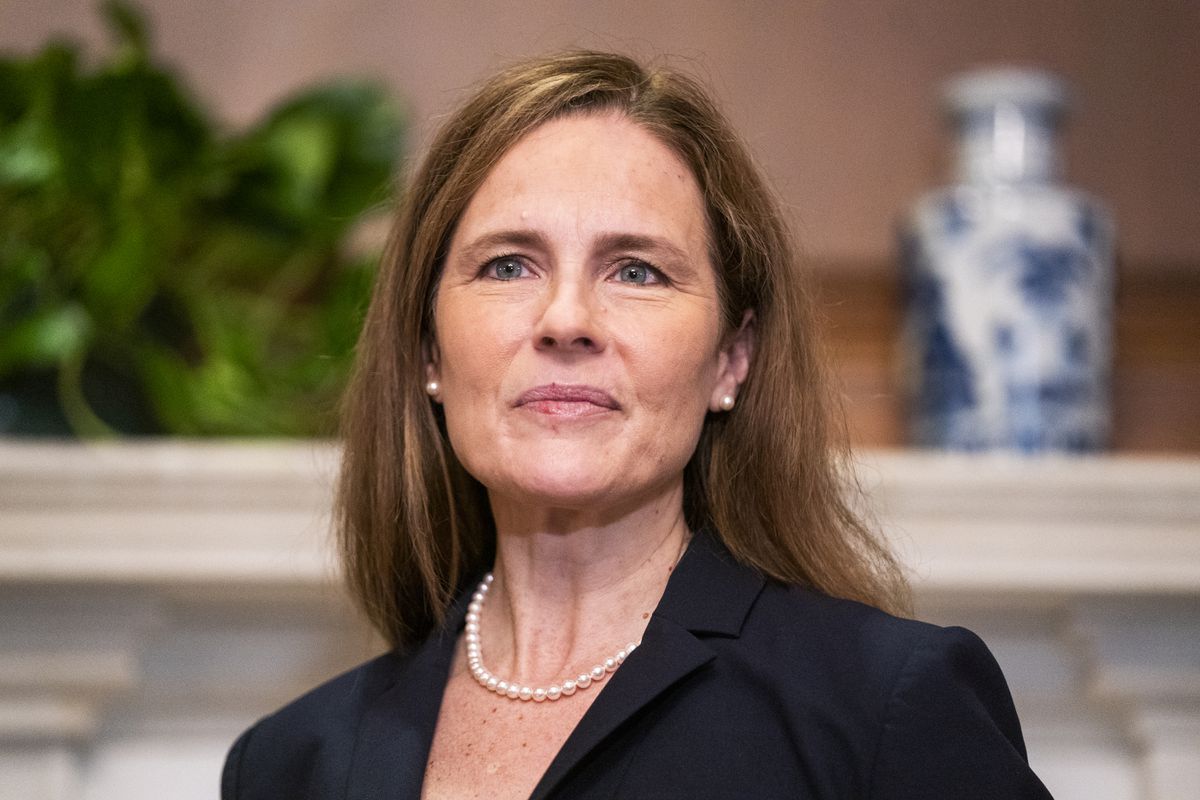 Gross, a supporter of abortion rights and an independent with the Democratic nomination, contrasts himself with Sullivan. Sullivan has a voting record against abortion but is not outspoken on the issue.

In Senate confirmation hearings, Barrett declined to say how she expects to vote on abortion-related cases. Supporters of abortion rights are alarmed by Barrett’s place on the court and point to past anti-abortion statements, such as a 2006 newspaper advertisement she signed onto that called for overturning Roe v. Wade.

Gross' campaign said abortion is a top issue for them.

“From the very beginning of this race, Dr. Al Gross has been very upfront and clear that unlike Dan Sullivan, he would support and defend a woman’s right to choose," campaign manager David Keith said. "That has been a key component of Al’s message throughout Alaska from day one. It’s important for Alaska to have a senator who will champion policies to defend a woman’s right to choose and uphold and strengthen Roe v. Wade given the new balance of power on the Supreme Court.”

[Where to cast your ballot, how to make sure it’s counted, how to learn about candidates and issues]

Sullivan is a “pro-life Catholic,” spokeswoman Amanda Coyne said, and he has voted in accordance with his views.

“Senator Sullivan understands that this is a difficult and emotional issue, and that good people on both sides of the aisle have strongly held views,” Coyne said in an email.

Sullivan’s campaign manager, Matt Shuckerow, said Sullivan was clear about his position on abortion when he ran for election in 2014. He said it’s hard to tell where a totality of Alaskans stand on the issue.

“Alaskans are fiercely independent people,” Savel said. “They believe the government has no place in their personal or private life. Because of that, Dr. Al Gross is a strong supporter of the right to choose.”

The Gross campaign has used abortion messaging in debates, commercials, mailers and targeted social media ads. Some are obvious, while others are more subtle, such as a mailer that describes abortion as a “freedom that can’t be more personal."

The messaging continued after Barrett’s confirmation Monday. On Tuesday morning, the Gross campaign sent out a statement with Gross' daughters, Alexandra and Ariana, talking about how impactful the November election could be on abortion rights.

Gross is endorsed by Planned Parenthood and NARAL Pro-Choice America. In a written statement announcing the NARAL endorsement, Gross advocates for passing a law to protect abortion rights. NARAL gave endorsements in 20 Senate races, with 10 going to challengers.

Sullivan is praised by many anti-abortion groups. He has an A rating on the Susan B. Anthony List, and has a 100% score from the National Right to Life Committee and the Family Research Council. U.S. Rep. Don Young, R-Alaska, who is also up for re-election, is similarly endorsed by anti-abortion groups.

Asked if Sullivan considered abortion rights in confirming Barrett, and if he wants Roe v. Wade reconsidered, Coyne said, “Roe v. Wade has been settled precedent for nearly 50 years, and the longer it remains so, the less likely it will be overturned by any Supreme Court.”

Sullivan, Coyne said, “strongly believes that we need to support women and families who are struggling to raise the children they have, and he has acted on these beliefs.” He introduced legislation to expand affordable child care throughout the country and voted to expand paid family leave, she said.

Shuckerow said Sullivan does not have a litmus test for judges and voted for Barrett based on her record as a judge and scholar.

U.S. Sen. Lisa Murkowski has spent her career somewhere in the middle. Her stance on abortion became a factor in her 2010 Senate race, where she lost the primary as an incumbent to challenger Joe Miller, who is staunchly anti-abortion. Murkowski was targeted by anti-abortion groups but ended up defeating Miller in the general election through a write-in campaign.

The increase in abortion-related messaging from the Gross campaign came as the Republican-led Senate moved forward with replacing Ginsburg, who was viewed as an ally by abortion rights supporters. Barrett was confirmed on a partisan vote Monday night.

Sullivan voted to confirm Barrett, and has called her an “exceptional jurist.”

Over the past couple years, several states have passed laws that challenge Roe v. Wade. Abortion-rights proponents fear that Barrett’s tilting of the court further to the right opens the door for reconsideration of Roe v. Wade.

Ginsburg’s death also created a swell of financial support for Democrats, as well as Gross, whose campaign reported raising $3 million in the three days following.