On election night, many Alaska candidates and campaigns expect to start a long wait instead of declaring victory 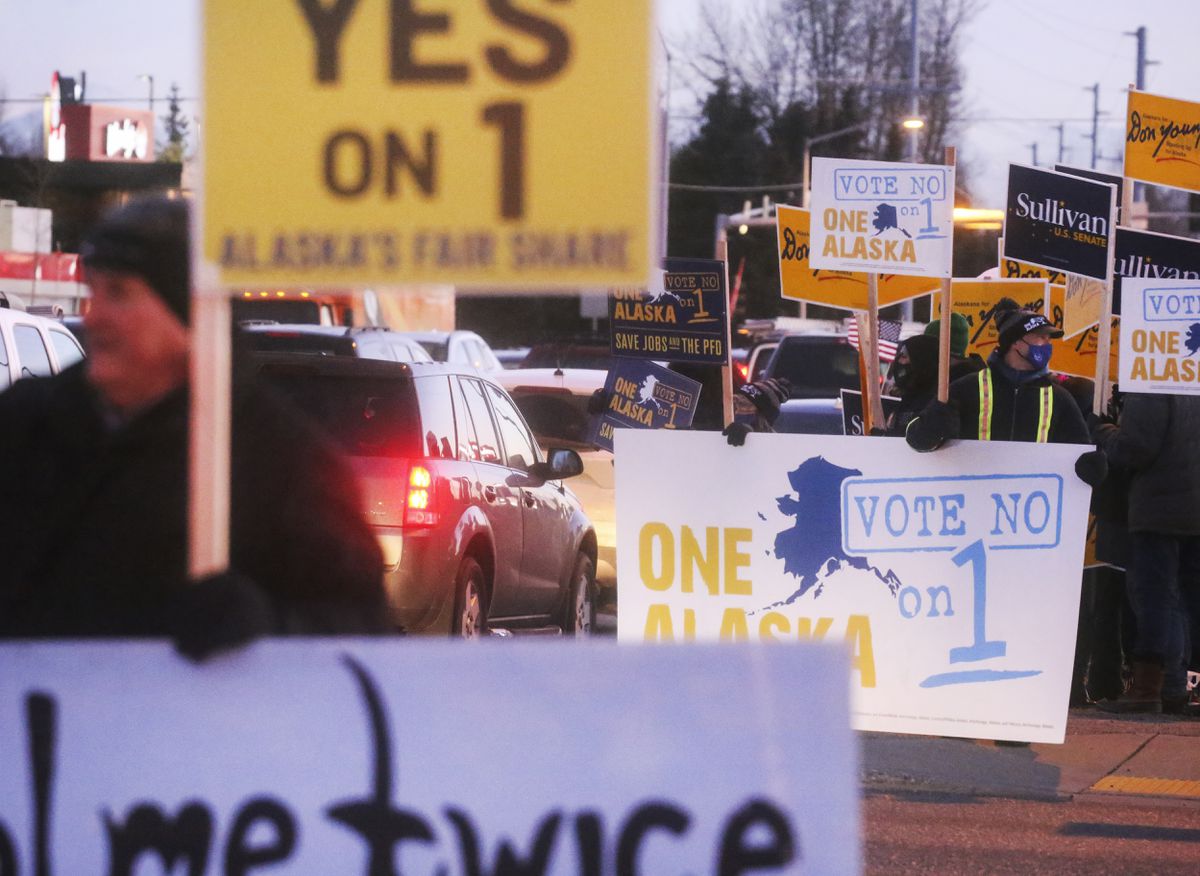 This year, there will be no big Election Day party at the Captain Cook Hotel and no grand “Election Central” where candidates and campaigns gather to watch results on a screen.

Blame COVID-19, but also blame Alaska’s ballot-counting schedule. More than 120,000 ballots will not be counted until next week at the earliest. Candidates and campaigns across Alaska said there’s no point in celebrating on Election Day if you don’t know what you’ll be celebrating.

Gross will be watching results in his backyard with friends, family and campaign staff.

"There certainly is a possibility that we may have clarity in this race on Tuesday evening, sometime late,” said Sullivan campaign manager Matt Shuckerow. “But if not, we may have more clarity down the road.”

‘A year to stay home’

A record number of Alaskans, worried about COVID-19 and long lines at polling places, have already voted. Through 8 a.m. Monday, 152,585 Alaskans had voted. That’s 47.5% of the turnout four years ago.

Most of those ballots will not be counted until at least a week after Election Day because of security checks performed by elections workers. That will leave close races in limbo until Nov. 18, the deadline for ballot counting.

“If there ever was a year to just stay at home, this would be it," said Rep. Lance Pruitt, R-Anchorage.

Pruitt is defending his state House seat against Democratic challenger Liz Snyder. It’s the most expensive Legislative race in the state, with more than $750,000 spent by both sides and independent expenditure groups.

“With all the absentees — we really should have an election-night party on the 10th, once they’ve counted the absentees,” Pruitt said.

Early votes from Friday through Tuesday will be counted starting Nov. 10, alongside absentee ballots that were returned by mail and fax, special-needs ballots cast with the help of a second person, and questioned ballots cast with some doubt about a person’s registration.

“We’re calling, texting. Some of those folks are even on my walk list when I’m out door-knocking,” he said.

He hasn’t given much thought to an election-night party.

“We’ve been so focused on this final sprint toward the election, we frankly haven’t put much thought into it,” he said.

Young, Galvin have confidence in results despite slowness

Two years ago, Alyse Galvin watched the results from her race against Rep. Don Young while celebrating at 49th State Brewing. In this year’s rematch, she will hold a virtual party over Facebook Live.

Campaign spokeswoman Bridget Galvin said because of the COVID-19 situatiuon, the campaign decided against an in-person event.

Bridget Galvin said they do not expect conclusive results Tuesday night. She encouraged the public to listen to the Alaska Division of Elections as it counts the votes.

“We have complete confidence in the Division of Elections to fairly count every vote,” Bridget Galvin said. “As appropriate, we’ll observe the process and we’ll verify that the proper controls are in place to ensure that an accurate vote count does occur.”

Young’s campaign manager, Truman Reed, also said that their campaign has faith in Alaska’s election system and does not expect hiccups. In an email, he said Young’s watch party will be limited to staff and volunteers due to the pandemic.

“We’re expecting the results on election night to be a clear expression of Alaskans' desire for Don Young to continue his fight on their behalf in Congress,” Reed said.

Ballot measures will wait for results

The votes on ballot measures 1 and 2 cut across party lines, meaning both sides of each measure will likely have to wait until next week for success or failure.

Both sides of the citizen-led measure to boost oil taxes on Alaska’s leading producers said the battle is close.

Kara Moriarty, campaign manager for OneAlaska-Vote No one One, the leading opposition group to Ballot Measure 1, said there will be no large election-night party.

Instead the group will hold a small, private meeting with only core staff — face masks in place — watching results roll in, she said.

She said momentum is favoring the opposition.

David Dunsmore, campaign manager for Vote Yes for Alaska’s Fair Share, said his side is encouraged by high turnout in regions such as the Interior.

But he also said the outcome likely won’t be known until at least Nov. 10.

The Vote Yes side will feature a small gathering of maybe 10 people to watch results at the group’s headquarters in downtown Anchorage.

“We’ll be analyzing numbers as they come in,” he said.

The groups for and against election-reform Ballot Measure 2 also aren’t planning any major event. Scott Kendall, the attorney representing vote-yes group Alaskans for Better Elections, said his side canceled plans for an in-person party about a week ago because of coronavirus concerns.

“We are expecting to see high, maybe unprecedented turnout from Alaskans, and there’s no way we’re know results, especially in statewide races, until the 10th,” he said.

Brett Huber, chairman of Defend Alaska Elections-Vote No on 2, said he expects to attend some small events on Tuesday night but doesn’t think he’ll know the results until the election is certified later this month.

“Everybody’s a prognosticator on election night, but in the end, only one number matters,” he said.