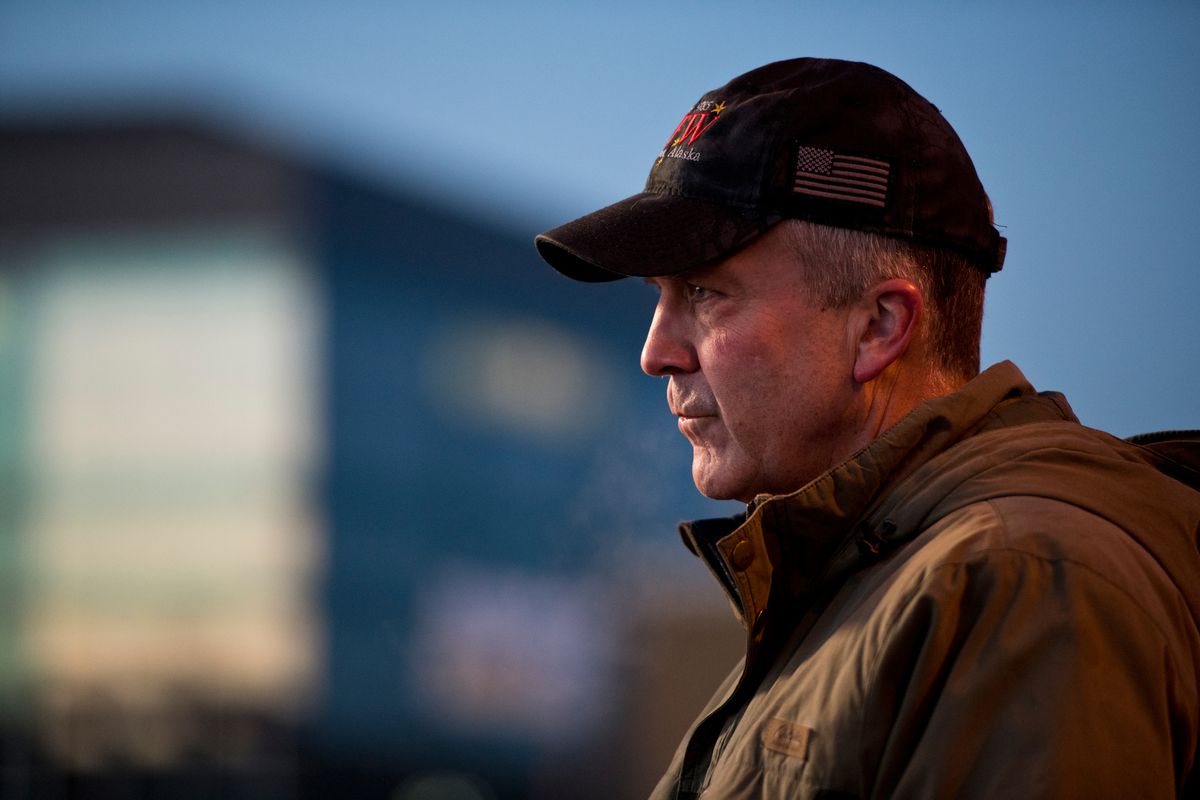 U.S. Sen. Dan Sullivan, R-Alaska, on Friday said President Donald Trump’s assertions of voter fraud in the Nov. 3 presidential election should be allowed to play out through legal avenues, adding that he fully expects a peaceful transition of power on Jan. 20.

Trump has presented unsupported claims that a flood of absentee ballots cast amid the COVID-19 pandemic, which largely favored Biden, are part of illegal, widespread efforts to unseat him. His campaign has launched legal challenges in multiple states, though a number of those challenges faced setbacks in court this week.

The nearly 73 million Americans and the majority of the Alaska electorate who voted for Trump deserve to see that the election was fairly conducted, Sullivan said during a call with reporters.

“In the U.S., all legal ballots must be counted, any illegal ballots should not be counted," Sullivan said, echoing language used by Trump and Republican Party leaders. "And this process needs to be transparent, observable and our institutions and our courts are here to work through the challenges. We’re seeing that obviously right now, but our institutions are built for this.”

“I think the president and his team are clearly within their rights to look into allegations or perceived irregularities, and they’re doing that,” Sullivan said. “But they have to prove them in a court of law and that’s the next step," he said, adding that is a “high bar.”

“If we rush the process I actually don’t think that’s good for long-term unity,” he said.

Sullivan said he was waiting to see the process conclude in his own contest against Al Gross, an independent who ran as the Democratic nominee. Gross called Sullivan to concede on Friday, 10 days after the election.

Sullivan said elections are not based on projections made by news media.

“They are based on the process according to the Constitution running its course,” he said.

Sullivan said Biden and Vice President-elect Kamala Harris, whom he referred to as Vice President Biden and Sen. Harris, are also within their rights to begin organizing transition teams, cabinet picks and policy prescriptions.

Sullivan said he has worked with Biden and Harris before.

“I’m certainly looking to work with this administration if they’re in power,” he said.

[Nov. 3 election was the most secure in US history, federal and state officials say]

He said he supports presidential-level intelligence and security briefings being provided to Biden and Harris, joining other GOP lawmakers who have called on the General Services Administration to grant the access.

“The bottom line from my perspective, I have no doubt whatsoever on Jan. 20 there will be a peaceful transition of power, which is the hallmark of our great republic,” Sullivan said.

Sullivan also said he has concerns that the Biden administration will “kill” projects that advanced under the Trump administration that could create new jobs and revenue in Alaska, including oil drilling in the National Petroleum Reserve-Alaska and oil exploration in the Arctic National Wildlife Refuge.

“I’m willing to cooperate where there’s cooperation on a bipartisan area, which I think there will be a lot of, but if they’re looking to shut down jobs and the economy, which I think they have that proclivity, I will use every ounce of my power to prevent that,” Sullivan said.