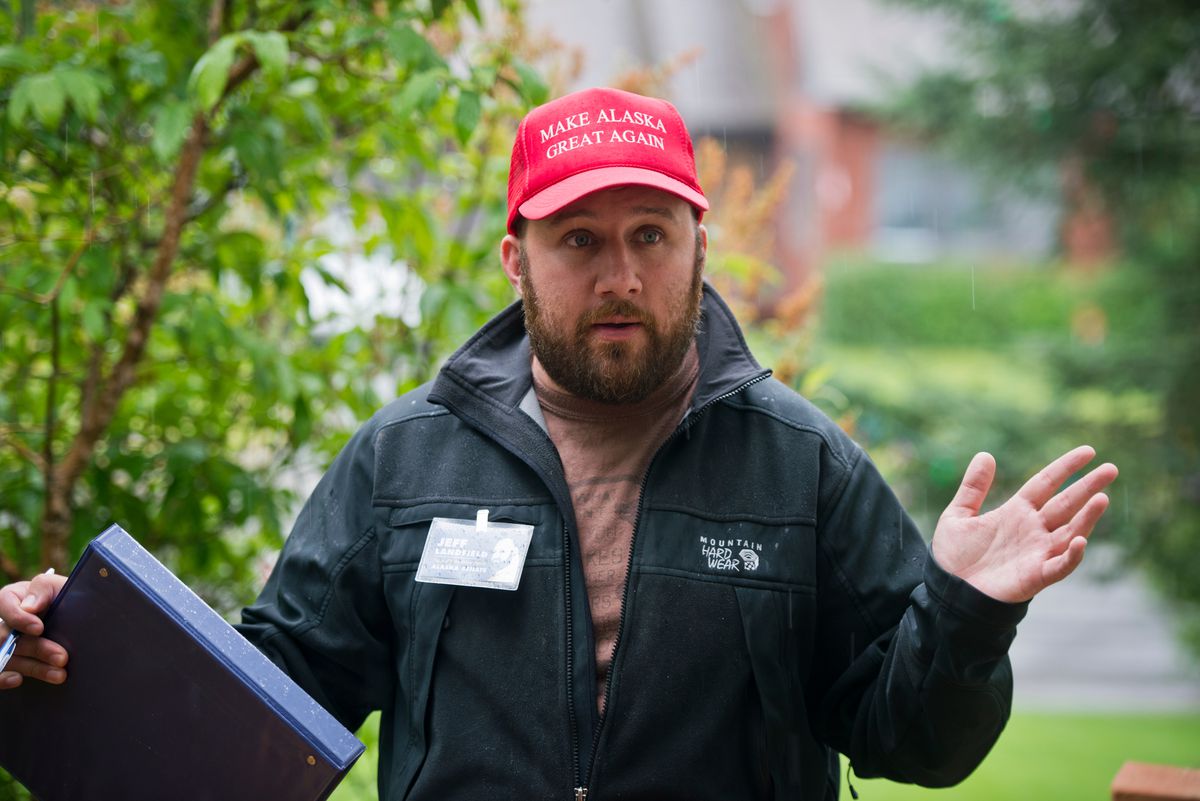 Landfield, a three-time candidate for state Legislature, now operates the Alaska Landmine website. Earlier this month, Landfield sued the governor, seeking access to the governor’s news conferences and the ability to ask questions of the governor directly.

U.S. District Court Judge Joshua Kindred granted a temporary restraining order late Wednesday, finding that Landfield is likely to succeed in his lawsuit. Kindred has scheduled a hearing for Jan. 13 as he considers whether to grant Landfield a more permanent injunction.

“I credit everything to my lawyers,” Landfield said in a brief call.

He is being represented pro bono by Anchorage attorneys Matt Singer and Lee Baxter.

“I wouldn’t be able to afford this on my own,” Landfield said.

The temporary restraining order lasts for two weeks, and it says that the governor’s office must “include Plaintiffs on the email distribution list of members of the ‘traditional media’ in the sense that phrase is used by Defendants, when Defendants invite journalists to gubernatorial press conferences and other press events.”

The impact of the order isn’t known: The governor has not yet announced any press events during that period.

“I made a joke to somebody that they’ll probably hold the next one in 15 days,” Landfield said.

The governor’s office referred questions to the Alaska Department of Law, which did not immediately respond to an inquiry.