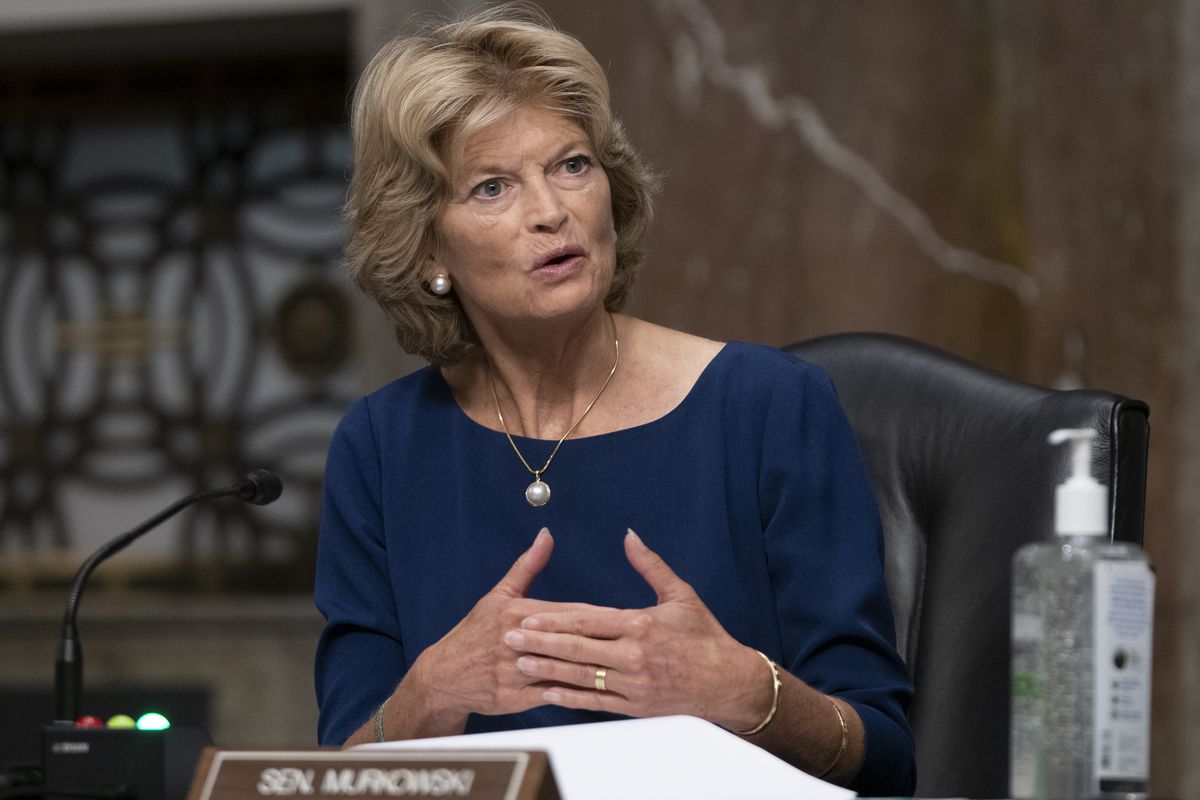 Alaska’s two Republican U.S. senators have declined to say how they will vote in the upcoming impeachment trial of President Donald Trump, but in a sharply worded statement Thursday, Sen. Lisa Murkowski said she believes the House acted “appropriately” when it impeached the president.

“For months, the President has perpetrated false rhetoric that the election was stolen and rigged, even after dozens of courts ruled against these claims. When he was not able to persuade the courts or elected officials, he launched a pressure campaign against his own Vice President, urging him to take actions that he had no authority to do,” Murkowski said in a written statement.

“On the day of the riots, President Trump’s words incited violence, which led to the injury and deaths of Americans — including a Capitol Police officer — the desecration of the Capitol, and briefly interfered with the government’s ability to ensure a peaceful transfer of power,” she said. “Such unlawful actions cannot go without consequence and the House has responded swiftly, and I believe, appropriately, with impeachment.”

Last week in an interview with the Daily News, Murkowski called on President Donald Trump to resign, and was the first Senate Republican to do so.

Now that the U.S. House has voted to impeach the president (Alaska Republican Rep. Don Young voted against impeachment), the Senate will hold a trial and vote on whether to convict the president.

A conviction by the Senate requires a two-thirds majority. With just 50 Democrats and Democratic-aligned independents in the Senate, at least 17 Republicans would need to vote in favor for Trump to be convicted.

A trial will not begin before the inauguration of President-elect Joe Biden. Impeaching the president after he leaves the presidency would block Trump from being elected to federal office again. It would also deny him the presidential pension, among other perks granted to former presidents.

Murkowski said that during any trial, “I will listen carefully and consider the arguments of both sides, and will then announce how I will vote.”

My statement regarding the House's vote today to impeach President Trump: pic.twitter.com/T2Qr3w6K8J

“When a trial is conducted, I will be a juror, and I will thoroughly examine the arguments and evidence presented, including any defense mounted by the president’s team,” he wrote in a statement posted on social media.

“I will not rush to judgment or make rash statements until this constitutional process has run its course. I will uphold my duties to Alaskans, our fellow Americans, and to the Constitution,” Sullivan said.