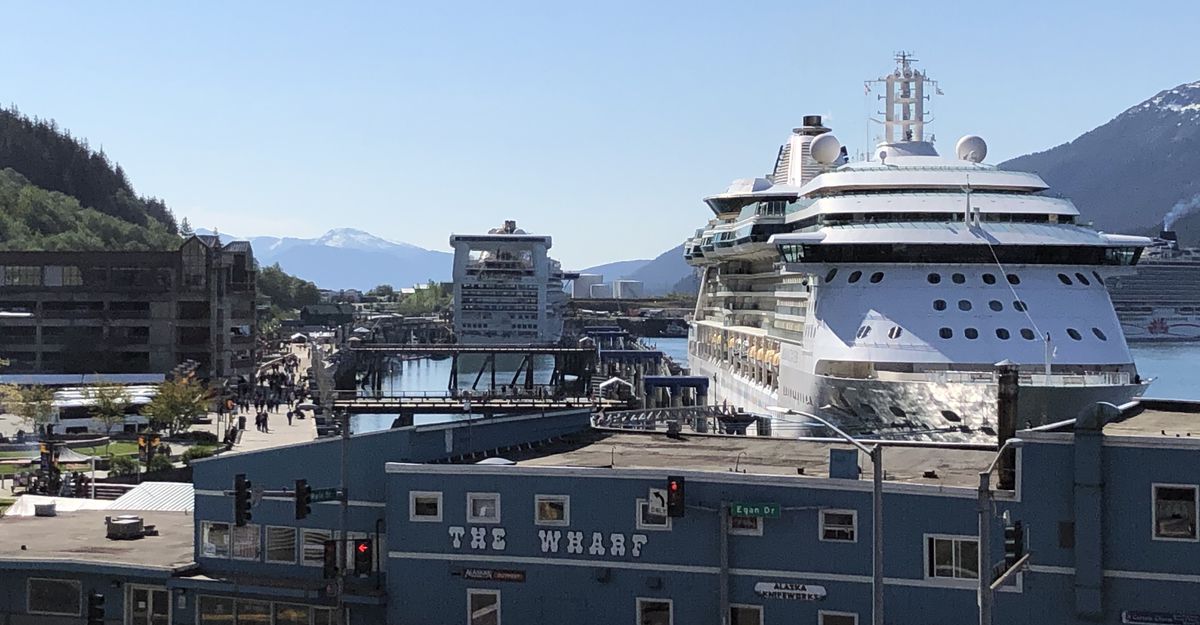 JUNEAU — The Alaska Department of Environmental Conservation is planning to use hired help and a system of spot checks to keep an eye on water pollution from cruise ships in state waters.

The new program, identified in a Jan. 21 public notice, will not replace the state’s Ocean Ranger program, which was created by a 2006 voter initiative but defunded by Gov. Mike Dunleavy.

The new program is expected to cost $400,000 per year, with the cost covered by fees. Money left over from the fees is available for other environmental projects, according to state budget documents.

“I’m interested to see, excited to see how it comes out,” he said. “This is how we’re going to manage cruise ships this coming summer.”

Under the program, DEC employees and hired contractors with marine engineering expertise will inspect cruise ships as they arrive in the state. Throughout the cruise season, state workers will perform spot inspections of ships, comparing the initial records to what they see.

Bates said the plan will be flexible, because the state doesn’t know how many ships will come to Alaska during the COVID-19 pandemic.

Among other things, inspectors will be looking for so-called “magic pipes” that allow ships to illegally dump waste. In 2016, Princess Cruise Lines pleaded guilty to seven felony charges and paid a $40 million fine for using such pipes in the Caribbean.

Gershon Cohen, one of the authors of the 2006 voter initiative, said one of the main spurs for the Ocean Ranger program was to prevent ships from using those pipes in places between regulators’ inspection visits.

Such a pipe might be switched in and out between Ketchikan and Juneau, he speculated.

“By the time you get to Juneau, you’d never know,” he said.

Ocean Rangers are still required by state law, even if no money exists to fund them.

Though the Dunleavy administration has repeatedly attempted to repeal the law requiring them, the Alaska Legislature has not approved the administration’s proposals.

“I don’t want to repeal a law until we have a substitute monitoring program,” said Rep. Sara Hannan, D-Juneau and one of the Alaska Legislature’s most ardent defenders of the old program.

Hannan and others suggest that some kind of electronic monitoring program could eventually replace the Ocean Rangers, but Bates said that kind of system isn’t yet available, and Cohen said electronic monitors are a poor replacement for human interaction.