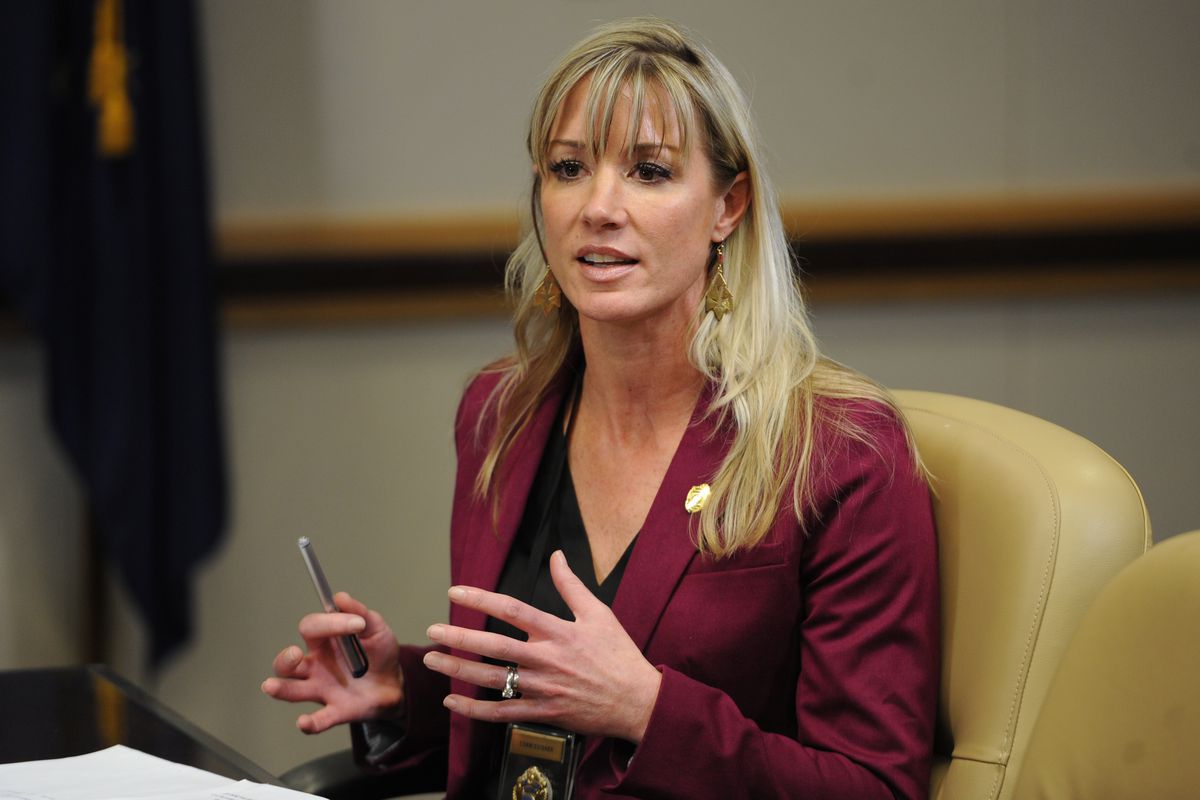 Amanda Price, the commissioner in charge of Alaska State Troopers and Alaska Wildlife Troopers, said Friday that she resigned at the request of Gov. Mike Dunleavy.

In an email Friday afternoon announcing Price’s resignation as head of the Alaska Department of Public Safety, the governor’s office offered no reason for her stepping down.

But Price told the Daily News she spoke to the governor’s chief of staff, Ben Stevens, on Friday and was given a choice: Resign or be fired without a chance to say goodbye to her staff.

“It was put to me as I will either be removed or I can submit my resignation,” she said. She said it was important to have a chance to say goodbye, which is why she resigned.

Massie is still employed by the agency, but as a sergeant, his rank before Dunleavy appointed him the agency’s director in 2018.

“No matter what, I’m walking away with my integrity on this intact and knowing that I did a good job for the governor,” he said.

Price declined to explain the reason for Massie’s apparent demotion, other to say that it was due to “administrative” reasons, not for any wrongdoing.

At the time of his appointment in 2019, Massie was president of the union representing state troopers. That union endorsed Dunleavy during his 2018 run for governor. Massie said there was no connection between that endorsement and his appointment.

In a lengthy post to her personal Facebook page on Friday, Price wrote she “loudly advocated to improve 911 dispatch services to rural communities in spite of the Governor’s reluctance to do so. This work that needs to be done, quite literally, to save lives.” She also described a “personnel action” that upset the governor, apparently referring to Massie’s removal.

“As a person that helped get this governor get elected, I (like many Alaskans) am more than disappointed in him,” she wrote.

Price wrote that Stevens told her that Dunleavy was “taking public safety in a different direction.”

Last year, Price led a project to consolidate the dispatch centers that handle troopers’ 911 calls. The project called for construction of a dispatch center in Palmer, which would assume the duties of smaller facilities in Ketchikan, on the Kenai Peninsula and in Wasilla, some of which were owned by local governments and operated under contract.

Those communities objected to the plan, in part because they would lose revenue.

All three communities voted for the governor in 2018, and both Wasilla and Soldotna are represented by legislators who support the governor.

Price said in her Facebook post that “the governor elected instead to require the DPS to continue issuing multi million dollar contracts to the Mat Su and Kenai Peninsula boroughs,” something she opposed.

Jeff Turner, a spokesman for the governor, said he could confirm that the governor requested Price’s resignation but declined to comment on her Facebook post or her comments Friday.

“The governor’s office has a policy of not commenting on personnel matters,” he said.

Price’s resignation comes two weeks after Attorney General Ed Sniffen resigned as the Anchorage Daily News and ProPublica were preparing an article about allegations of sexual misconduct with a 17-year-old girl three decades ago.