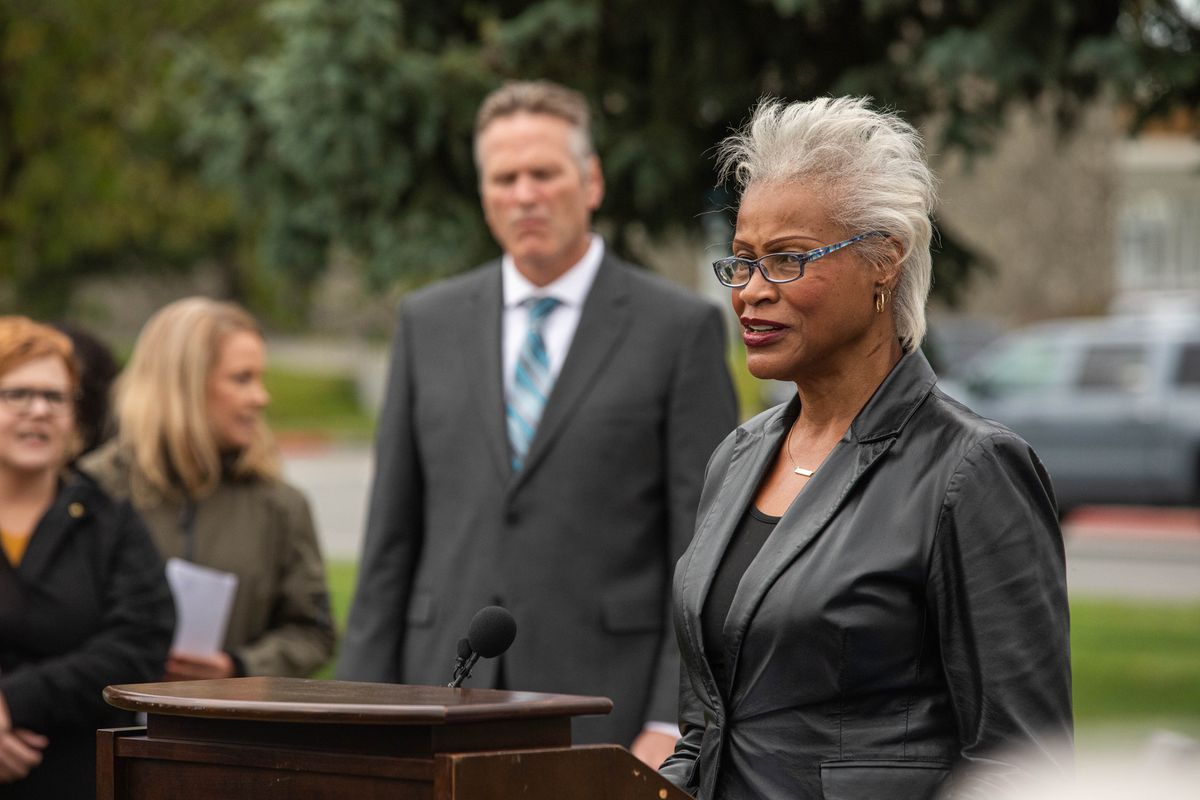 JUNEAU — An Anchorage lawmaker has proposed a series of police reform laws amid a national debate over excessive use of force.

The proposal involves six bills that would ban chokeholds and prevent officers from shooting at vehicles. Other parts of the legislation would require officers to follow de-escalation procedures and provide verbal warnings before firing their weapons.

Another element of the legislation would require officers to intervene when they see other officers violating standards if it is safe to do so, the KTOO reported.

Two of Gray-Jackson’s bills would create a statewide database to track use-of-force incidents and mandate that all of the state’s police departments in the state post their policies and procedures on their websites.

Two of the bills have been heard by a State Affairs committee.

“I’m hopeful that bringing these bills forward and then being state statutes will prevent us from having situations that have been experienced on a national level,” Gray-Jackson said.

[Anchorage voters will decide whether to fund police body cameras. Here are questions and answers about Proposition 4.]

An Anchorage Daily News analysis last summer found that in five and a half years, 43 people had been killed by law enforcement officers in Alaska. None of the officers faced criminal charges.

A Washington Post database said that there have been 44 deaths involving police in Alaska since 2015.

“The goal is to have no lives lost. That’s the goal,” said Celeste Hodge Growden, the president and CEO of the Alaska Black Caucus. “There just needs to be some mechanisms put in place to assure that.”

Retired public safety commissioner Walt Monegan, who is part Tlingit and Yup’ik, said he has experienced many life-threatening scenarios where the proposed legislation might apply.

But he expressed mixed feelings about the proposals, KTOO reported.

“It’s hard to write a policy that will meet everything that you’re going to encounter out there,” Monegan said.

Monegan added that the chokehold similar to the one that former officer Derek Chauvin used as George Floyd died in Minneapolis last year is outdated.

“The idea of a chokehold?” Monegan said. “It should be gone.”