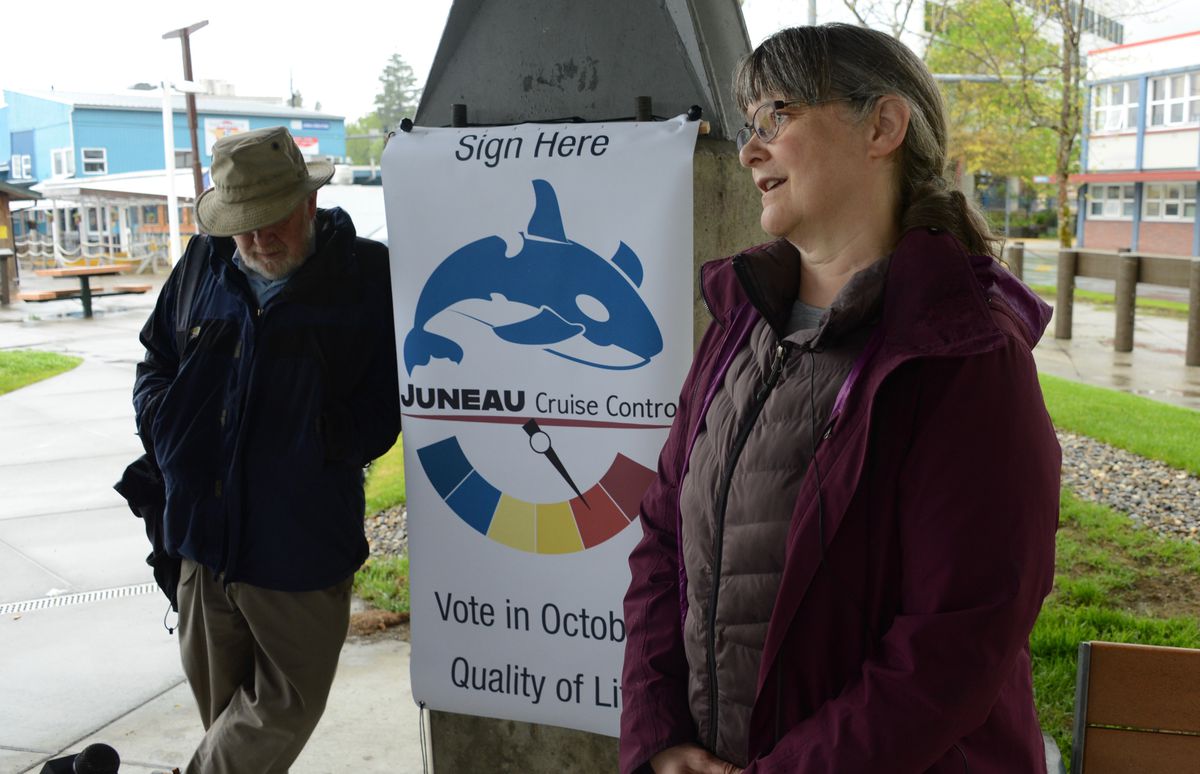 Karla Hart, who submitted the measures on behalf of Juneau Cruise Control, told reporters Wednesday that the group didn’t get the signatures needed to ban cruise ships on Saturdays, restrict their daily operating hours or prohibit specific large ships.

Each idea was proposed in a separate amendment to Juneau’s charter, the local-government version of a constitution, but none garnered the signatures of 2,968 registered local voters needed to put them on the ballot this fall.

In a statement posted on its website, the group opposing the measures said it was breathing an “icefield-sized sigh of relief,” a reference to the nearby Juneau Icefield.

In place of completed signature booklets, Juneau Cruise Control submitted a letter to the Juneau Assembly and mayor urging them to take action to reduce the impact that large-scale cruise ship tourism has on Juneau. If not, she said, the measures could return at a later date.

The town of fewer than 32,000 people sees more tourists than any other place in Alaska. It welcomed about 1.3 million cruise ship tourists in 2019, and before the COVID-19 pandemic, that figure had been expected to rise to 1.44 million in 2020.

Hart and other locals who supported the measure said that among other concerns, they are worried about noise, crowding and general quality-of-life issues. Their measure is one of several taking place in popular cruise ship destinations worldwide.

The Italian city of Venice has taken measures to restrict cruise traffic, and in Florida, residents of Key West voted to ban large ships. That latter measure has been opposed by the state government, and its future is unclear.

Hart has previously said that Juneau Cruise Control looked to Key West as a model, though the restrictions proposed for Juneau would have been a looser leash. Regardless, they would have represented the first such limits in Alaska.

Hart attributed the measure’s failure to a variety of factors, including opposition from the cruise industry, the aftereffects of the COVID-19 pandemic, and dreary May weather, which limited signature-gathering. She declined to state how many signatures were gathered.

In Juneau, the tourism industry is preparing for a half-season return after the COVID-19 pandemic and is actively hiring. Hart said some signature gatherers were dissuaded from signing because petitions are public documents and signatories feared that signing could cost them a job.

Local businesses, with support from the cruise industry and the local chamber of commerce, participated in a citywide campaign to discourage residents from signing the petitions. Bright orange signs papered the windows of many businesses and stood in the lawns of some homes.