Alaska lawmakers are heading for overtime again. Is the 90-day session limit defunct? 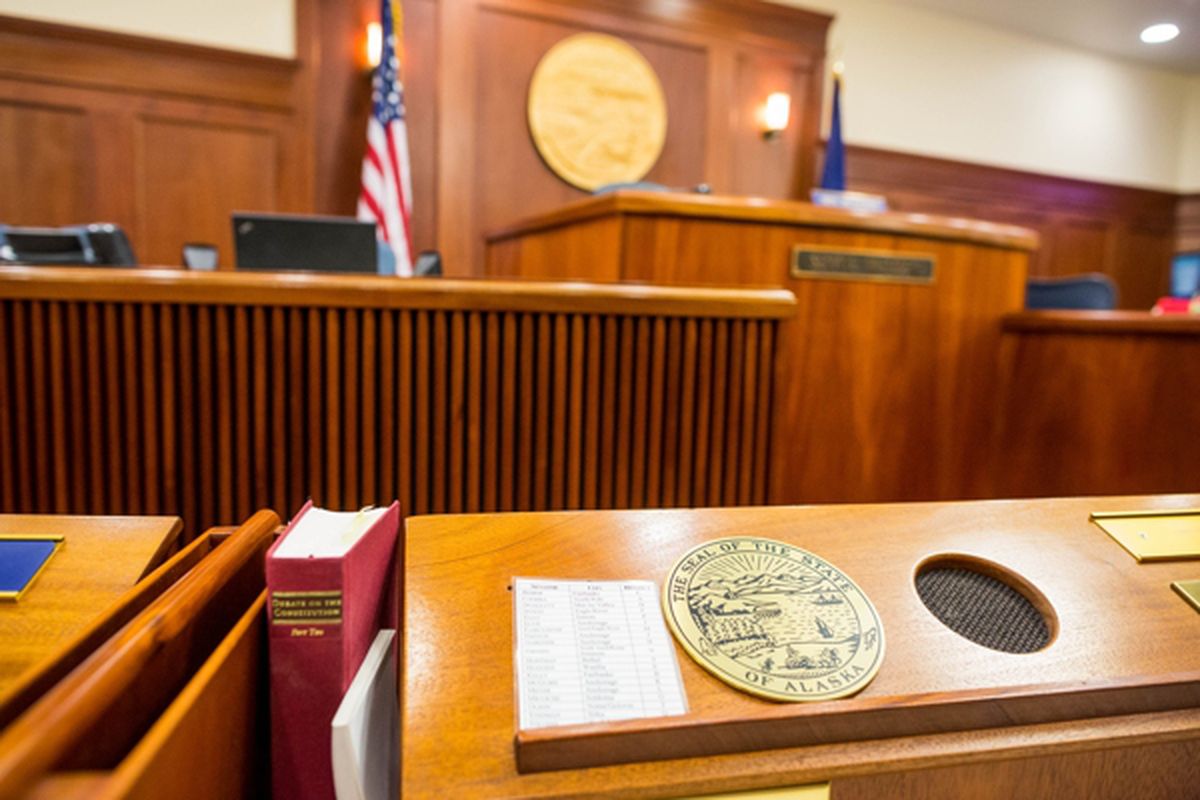 JUNEAU — Amid widely diverging opinions in the Capitol about the proper length of the legislative session, most lawmakers seem to agree that the state's budget crisis has stretched the 90-day limit to its breaking point.

"The 90-day session is the law of the land," House Speaker Bryce Edgmon, D-Dillingham, said in an interview Monday. "But this session, we have extraordinary challenges in front of us that I think the public deserves the Legislature to take a very deliberative approach to."

In other words: "It seems more likely than not that we would go past the 90-day session at this point."

Three weeks before their deadline, lawmakers are beginning to acknowledge the obvious — they're unlikely to leave April 16, the 90th day. It's a concession that comes after two straight years in which the Legislature took months of extra time to finish its work.

Alaskans narrowly approved the current 90-day limit in a 2006 initiative, with 51 percent of voters in favor. But because the measure is a law, rather than a constitutional amendment, lawmakers — who write their own laws — can override it, abiding instead by the 121-day constitutional limit established in a 1984 public vote.

Do the recent blown deadlines, and the seeming inevitability of another, mean the 90-day limit is defunct? The question isn't the subject of a formal debate in the Legislature this year, but lawmakers, even within their own caucuses, have nonetheless strong and varied views about whether it should be relaxed.

"I don't care who's sitting on that seat there. They blow through it," Rep. Lance Pruitt, R-Anchorage, said on his way out of the House chambers Monday, gesturing toward Edgmon's chair. He said he'd support enshrining the 90-day limit in the Alaska Constitution.

In the Senate, Majority Leader Peter Micciche, R-Soldotna, said at a Monday news conference that lawmakers should "get it done" within 90 days, adding that they're "not cramming for an exam here."

But in an interview, one of his majority colleagues, Sitka Republican Sen. Bert Stedman, said lawmakers should disregard the 90-day limit, arguing that it's impossible to meet and precludes them from thoroughly vetting budgets and policy.

"Just ignore it," he said. "The Constitution rules."

The 121-day limit actually wasn't in the Constitution originally — it had to be inserted by voters in a 1984 amendment. Vic Fischer, a delegate to Alaska's constitutional convention who served in the state Senate at the time, said the measure came after lawmakers worked into the summer debating how to spend cash that arrived with the opening of the trans-Alaska pipeline.

Many sessions ran for nearly five months, with 1981's extending 165 days. The amendment passed with broad support from an impatient public, with more than 75 percent of voters in favor.

"The sessions started going on and on and on," Fischer said in a phone interview. "It's like in school: You don't get the term paper written until the deadline, and then the night before you get it done."

Two decades later, the 90-day initiative arose out of three lawmakers' frustration with the Legislature's inability to keep to its 121-day deadline, which can be extended up to 10 days with a two-thirds vote in each chamber.

Two senators, Tom Wagoner, R-Kenai, and Gretchen Guess, D-Anchorage, and a representative, Republican Jay Ramras of Fairbanks, sponsored the 90-day limit and gathered signatures to put it on the ballot.

All three are now retired from the Legislature. Ramras, in a phone interview, said that as a businessman with interests back in Fairbanks — he owns a waterfront lodge — he wanted to speed things up in Juneau. Some lawmakers knew they could use delays to pressure colleagues who had to get home for commercial fishing jobs, Ramras said.

"Sooner or later the fishermen would just be like, 'Let's make a deal,' " Ramras said. He added: "All we tried to do was save everybody 30 days of their life. If they're going to argue anyway, you might as well get to the argument of merit 30 days sooner."

But within a few years of the initiative's passage, lawmakers were already debating whether to repeal it. A subcommittee chaired by Rep. Paul Seaton, R-Homer, recommended in 2010 that the Legislature revert to the 121-day limit, citing a survey of House members who said the shorter deadline left less time to sleep and talk with constituents.

Some lawmakers also argued at the time that the truncated session put more power in the hands of lobbyists and the executive branch. Seaton, in an interview Monday, said he still thinks the 90-day limit doesn't work.

"You're trying to pass a, what, $4.2 billion budget in less than half of that time so it can get over to the Senate?" asked Seaton, now co-chair of the House Finance Committee. "Do you want the job done right or do you want the job done quick? I mean, you can only consider so much in a short period of time."

Other lawmakers argue the 90-day limit still makes sense, but point out that they've been facing extenuating circumstances in the past few years in the form of the state's budget crisis.

"Last year was kind of a new world with this fiscal deficit that we're facing," said Micciche, the Senate majority leader. He added: "Some of these larger issues may take additional time."

One way to solidify the 90-day deadline would be to put it in the Constitution — a move that's been proposed by Anchorage Democratic Rep. Matt Claman, though his resolution is stuck in committee.

Micciche dismissed a question about putting the 90-day limit in the Constitution, and Ramras, one of the 2006 initiative sponsors, said it's "impossible" to win approval of a Constitutional amendment, which would take a two-thirds vote in the House and Senate, then a majority vote by the public.

The flexible 90-day limit, even though lawmakers can "overrule it whenever they want," still has an effect, Ramras argued.

"Everyone watches more carefully now when they go past 90 days," Ramras said.

Fischer, the former senator and constitutional delegate, pointed out that the Legislature still doesn't appear to have enacted a provision in the 1984 constitutional amendment — the one that set the 121-day limit.

It directs lawmakers to adopt, as part of its rules, "deadlines for scheduling session work not inconsistent with provisions controlling the length of the session."

No such deadlines currently exist in the Legislature's rules, with the possible exception of a ban on individual lawmakers introducing bills after the first month of the second session of the two-year legislative term.

Legislative leaders have also not acted on a bill from Sen. Bill Wielechowski, D-Anchorage, that would stop paying lawmakers' daily expense checks of more than $200 after the 90th day of session — unless the Legislature has passed a fully funded budget.

In an interview, Wielechowski sounded resigned to extra time in Juneau this year.

"From even before session, what I heard pretty generally was, 'Plan to be here until June,' " he said.