With 2 weeks until session deadline, Alaska House and Senate look as deadlocked as Day 1 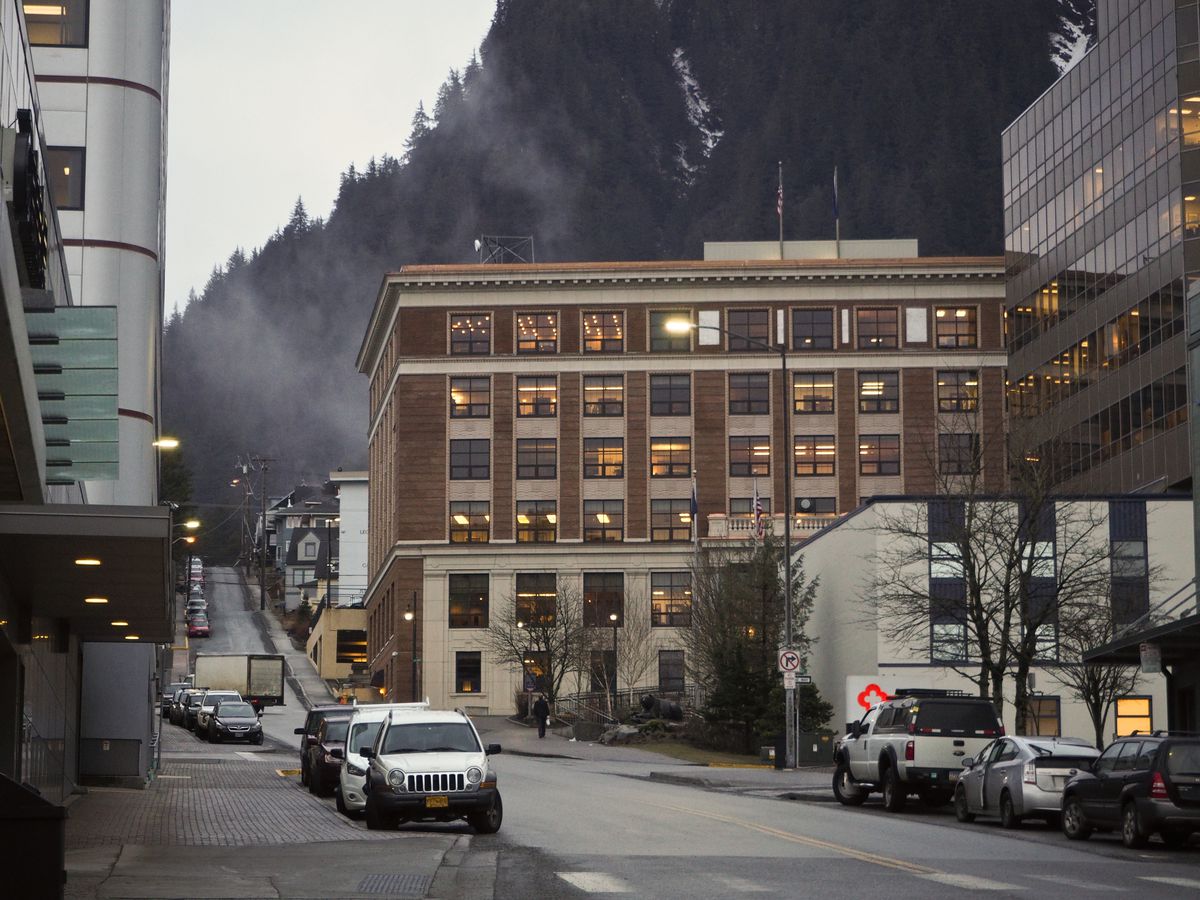 JUNEAU — The Alaska Legislature's budget standoff intensified last week, as the House vowed to march forward with oil and income taxes as Senate leaders decamped to Anchorage to declare those proposals off the table.

Two weeks before the scheduled end of the 90-day session, leaders of the House majority coalition — which is mostly Democrats with a few Republicans and independents — laid out a schedule Friday that would send its oil tax measure to the state Senate just as time expires.

The Legislature can override the 90-day limit because it's a law, and the Legislature writes laws. And Homer Rep. Paul Seaton — one of three Republicans in the majority — said that the huge scope of the state's deficit, along with the proposals under consideration, justify working past the deadline, within a 120-day window allowed under the Constitution.

[Alaska lawmakers are inching toward overtime again. So is their 90-day limit defunct?]

"This is one of the biggest changes we're going to have in state government in a decade, or maybe a generation," said Seaton, co-chair of the House Finance Committee. "Doing it right is critical, so that we get a balanced plan."

The Republican-controlled Senate, meanwhile, argues that its own deficit-reduction proposal, without the tax measures, does enough to fix the budget gap for one year — dropping it from nearly $3 billion to less than $1 billion by relying on budget cuts and a restructured Permanent Fund.

Senate majority leader Peter Micciche, R-Soldotna, said that if the House doesn't make much progress in the next two weeks, senators will leave Juneau and return when the House "is ready to come to the table."

"And we look forward to coming to the table," Micciche said in an interview Friday. But when Day 90 arrives, he added: "If the gaps that exist now exist then, the Senate is going home."

The ticking clock and the persistent divide between the two chambers are starting to draw unfavorable comparisons to last year, when a similar dynamic kept the Legislature at work for three extra months.

The lack of progress in the past week was enough to catch the attention of Gov. Bill Walker, who has campaigned for deficit-reduction measures for more than a year. After a relatively quiet first 10 weeks of the session, he dipped a toe back into the budget debate Friday with a prepared statement that reiterated his praise of the Senate's vote to restructure the Permanent Fund — while also saying that the measure alone is "not enough."

"Alaskans deserve a complete plan — one that removes uncertainty so we can move on to build a stronger Alaska economy," Walker's statement said.

On Friday, the session's 74th day, the two chambers' approaches to the state's $2.8 billion deficit appeared to have barely budged since lawmakers were sworn in Jan. 17.

The Senate is eyeing $300 million in cuts to the state's $4.3 billion operating budget, along with the restructured Permanent Fund. Under Senate Bill 26, which was approved 12-8 in a March vote, about $2 billion in the fund's investment earnings would go toward filling the budget gap, while residents' dividend checks would be reduced to $1,000 — down from payments of near $2,000 in 2014 and 2015.

Senate Republicans have so far publicly proposed only about $200 million in reductions, short of their $300 million target.

But assuming they materialize, the cuts, combined with SB 26, would slice the deficit to about $500 million. That's a little less than 10 percent of the cash that will be left in the state's main savings account, the Constitutional Budget Reserve, at the end of the fiscal year June 30, according to Walker's administration.

At a Thursday breakfast in Anchorage hosted by three business groups with close ties to the oil industry and its allies — the Alaska Chamber, the Support Industry Alliance and the Resource Development Council — the Senate president, Pete Kelly, R-Fairbanks, reiterated his Republican-led majority's opposition to the other revenue measures under consideration in the House.

[Watch the video of the senators' remarks]

"Where we've kind of thrown down the gauntlet is at income tax and oil taxes. We're just not going down that path," said Kelly, drawing applause. He later traveled to Fairbanks for a Friday forum with two other Republican senators.

Micciche, who flew to Anchorage with Kelly along with Sen. Mia Costello, R-Anchorage, said leaving Juneau for the breakfast was justified because "there were hundreds and hundreds of community leaders from around the state in that room that need to understand what we're doing."

"We need to get our plan out to the public," Micciche said. "Those are our constituents."

House leaders, meanwhile, argue that by leaving a budget hole, the Senate's plan is incomplete. They also argue that it's unfair because each Alaskan will see an equal dividend reduction regardless of class — meaning that poor residents would lose a bigger chunk of their income.

House Speaker Bryce Edgmon, D-Dillingham, gathered reporters in his expansive second-floor office at the Capitol on Friday for a PowerPoint presentation, where, brandishing a metal pointer, he laid out the House's philosophy behind the income and oil tax proposals.

"Kudos to the Senate for putting their plan forward," Edgmon said. "In no way are we, as a group, denigrating their performance. We're just saying that it doesn't go far enough."

House majority members are pushing for a broader plan this year because, they argue, lawmakers will be less likely to take action next year when they're up for re-election.

The House Finance Committee is still proceeding at a relatively unhurried pace, with no meetings scheduled over the weekend.

Seaton urged patience, saying the committee will finish its work on its income tax and Permanent Fund legislation in the coming week, with oil taxes on its schedule the following week. That's the last week before lawmakers hit their 90-day deadline, leaving scant time for the Senate to consider the bills or for negotiations between the two chambers.

One House minority member, Rep. Dave Talerico, R-Healy, said he's already made arrangements to keep his housing in Juneau through at least the end of April — about two weeks extra.

Some of his GOP colleagues — especially those on the House Finance Committee — have shown frustration with the majority's deliberate process. But Talerico said he was pleased the House was continuing work on legislation that's not directly involved in fixing the budget gap.

He's still pushing a pair of his own bills — one to allow verbal comments on state regulations, and another to boost food banks and charities by reducing donors' liability for their contributions of food.

But Micciche's patience was starting to wear thin.

He said the House's continuing adjustments to the oil and income taxes suggest there may not be enough support for the legislation to pass that chamber. And he argued that it doesn't make sense for the Senate to take up those measures before they emerge from the House.

"If they can't leave that body, it means it's not going to pass the Legislature," Micciche said. He added: "We've got two weeks left after two and a half months, and we've seen nothing."