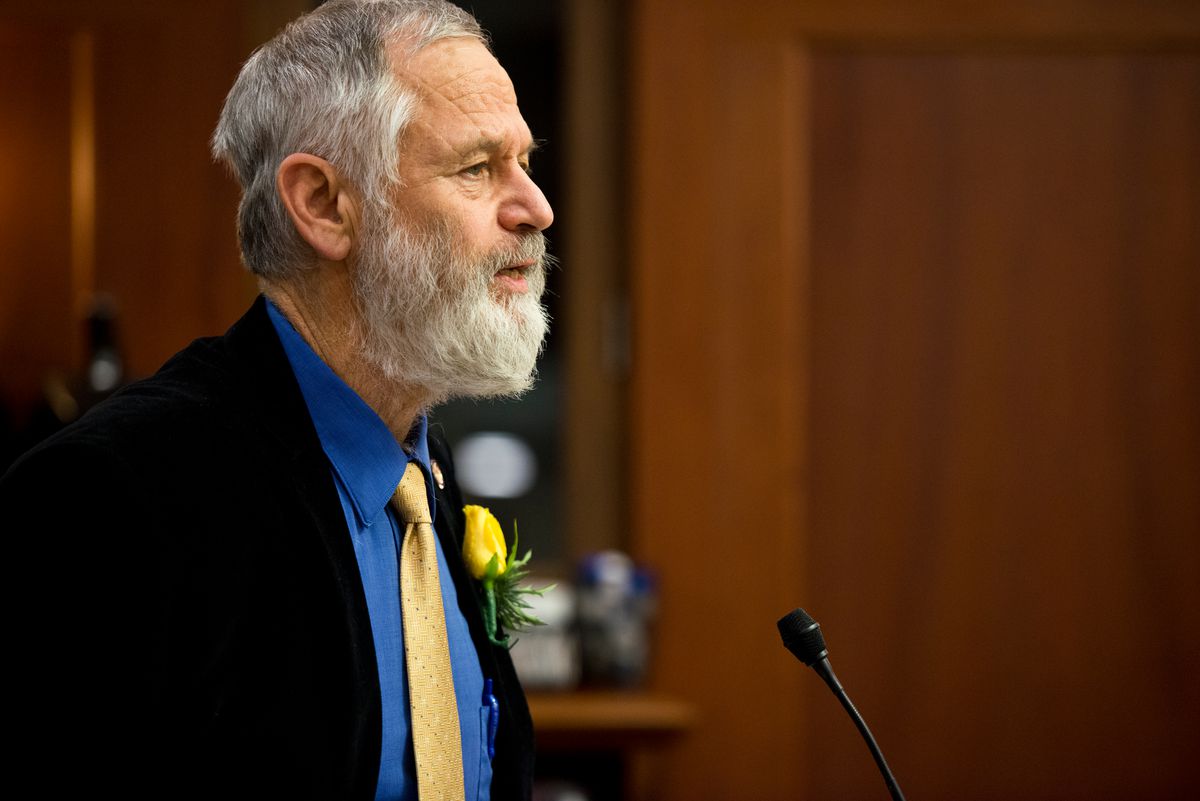 A last-minute move by the state Senate to pull $50 million dedicated to the Alaska LNG Project and spend it on other state services will be reversed in the House Finance Committee, according to committee co-chair Rep. Paul Seaton.

The Homer Republican, who is a member of the Democrat-led House majority, said in an interview Friday that he and fellow finance committee leader Rep. Neal Foster, D-Nome, have no interest in defunding the Alaska Gasline Development Corp., which is leading the project, at this point.

An amendment by Sen. Mike Dunleavy, R-Wasilla, to the capital budget bill that passed the Senate Thursday reappropriated half of the $50 million from the Alaska LNG Project Fund to hire district attorneys, state troopers and support road maintenance. The other $25 million was redirected to the state Public School Trust Fund.

AGDC President Keith Meyer has said the state-owned corporation plans to operate on its previously appropriated funds — about $102 million at the beginning of the year — through the end of fiscal year 2018, which is June 30, 2018, in recognition of the state's major budget problems.

When the AGDC board of directors approved the spending plan in early February, the corporation had about $76 million in the Alaska LNG Project Fund and another $26 million in the In-State Natural Gas Pipeline Fund.

Meyer and Gov. Bill Walker have repeatedly said AGDC will spend 2017 initiating the project's voluminous environmental impact statement, or EIS, with the Federal Energy Regulatory Commission, determining if there is a global appetite for Alaska's North Slope natural gas, and securing customers and financing to pay for the estimated $40 billion gas pipeline and LNG export project.

"We are committed not to interrupt the FERC process and the solicitation of investors" in Alaska LNG, Seaton said.

AGDC submitted its EIS application to FERC last month, and Meyer is currently on a marketing trip to China, according to an AGDC spokeswoman.

Finishing the approximately two-year FERC EIS will likely cost the state upward of $100 million, meaning AGDC could need a cash infusion from the Legislature during next year's session, but by that point the corporation hopes to have deals in place that it can prove to legislators it is worth funding.

Pulling the funding would undoubtedly challenge AGDC's efforts, and there has been ample bipartisan skepticism in the Legislature toward the project over the past year since the state's former partners in the project, BP, ConocoPhillips and ExxonMobil early in 2017 indicated a desire to slow the project and hope global LNG prices improve.

BP signed a one-year memorandum of understanding through the end of 2017 to assist AGDC with marketing and other aspects of the project.

Global LNG prices, historically linked to oil markets, have fallen dramatically over the past two years and hampered the economics of Alaska's and other LNG projects worldwide.

Seaton was critical of the lack of public vetting of the amendment to strip the Alaska LNG funding, as the details of the amendment were not read on the Senate floor. Dunleavy simply proposed what was the fourth amendment to the budget and it was adopted without objection, discussion or a vote.

Seaton also said reversing the funding transfer will not affect the departments in line for the cash because the prosecutor and trooper positions were already separately funded in the House and Senate versions of the operating budget, where those types of expenses are usually addressed.

Additionally, he noted the trooper and district attorney funding in the capital budget is a one-time spend, meaning those positions would be eliminated next year unless more money was added either to the base operating budget or again to the capital budget as one-off appropriations.

The House and Senate also approved a nearly $10.4 million allocation to pay for AGDC's fiscal 2018 operations and personnel expenses in its operating budget. That money would come out of the $102 million in gas line funds, as it has for several years.

However, the Senate's capital budget did not include a request by AGDC to transfer $14 million from the in-state gas line fund to the Alaska LNG Project Fund so the corporation can legally spend the cash on the large project.

Seaton said he couldn't comment on the House Majority's plans for the $14 million request because he hadn't yet discussed it with Foster, who chairs the capital budget in the House.