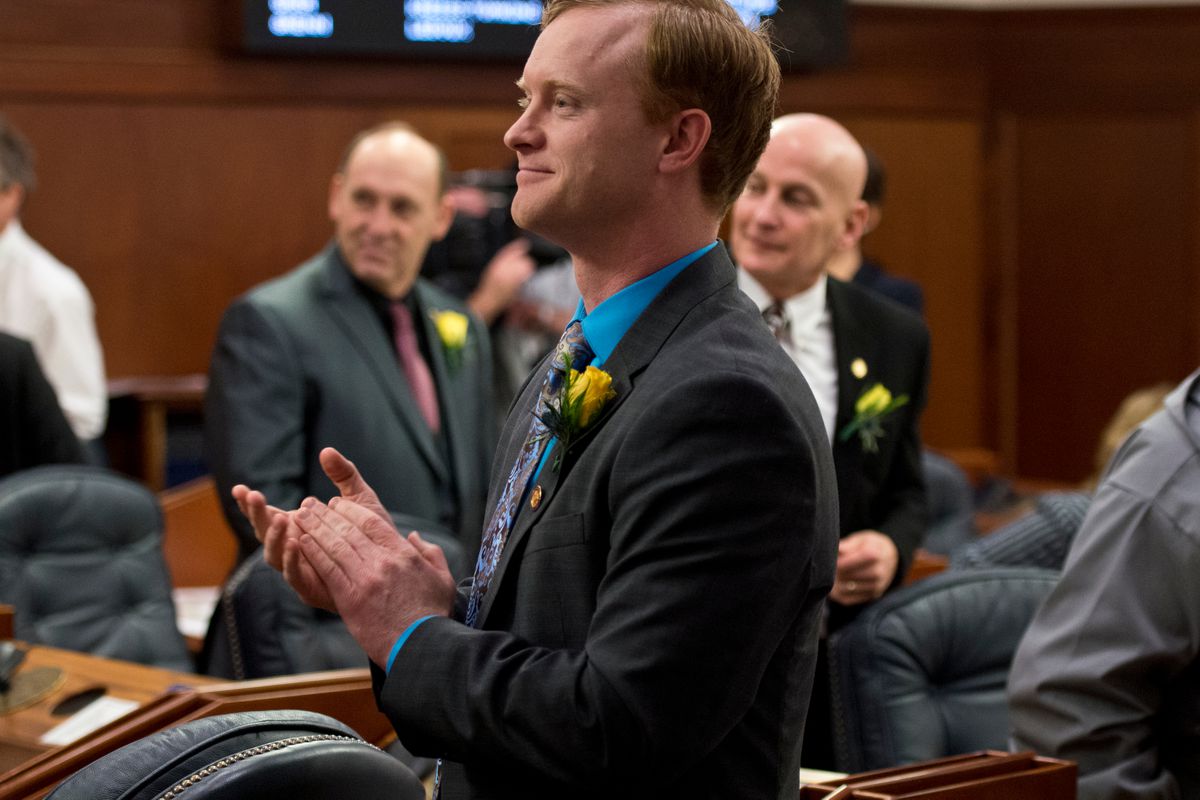 JUNEAU — Wasilla Republican Rep. David Eastman, already under fire for asserting that village women get pregnant to get a free trip to Anchorage, introduced two new bills Monday — one to revoke Alaskans' ability to get abortions under the constitutional right to privacy and the other to let the Legislature impeach judges for "exercising legislative power," a term Eastman did not define.

The bills appear to stand almost zero chance of passage in the House, which is under control of a largely Democratic majority that voted to reprimand Eastman only last week. And sections of the abortion bill would be rejected by the courts as legislative overreach, according to one legal expert.

"The intent of the bill seems to be to legislatively outlaw abortion. And that is not only a violation of the Alaska Constitution — it would also be against the U.S. Constitution, at least as it's currently interpreted," said Ryan Fortson, an assistant professor at University of Alaska Anchorage who teaches undergraduate legal studies courses. He added: "The courts won't allow the Legislature to define how a constitutional provision is being interpreted — that's the job of the courts."

Eastman is in his first term and last week was censured — formally reprimanded — by the House for claiming that Alaska women in rural villages are glad to be pregnant so that they can take state-paid trips to the city for an abortion. He also asserted that some women try to prolong their pregnancies to the point where it's no longer possible to get an abortion in Alaska, "so that they can have a free trip to Seattle."

Eastman apologized for his comments on the House floor but has continued pushing socially conservative legislation, and there was no apology in a piece he wrote in an online Wasilla publication, The People's Paper. Published Monday, Eastman instead said he was being picked on for having "unacceptable" views.

Eastman responded to requests for comment by emailing a "sponsor statement" that accompanies the legislation.

The 24-page HB 250 would repeal the exemption for abortion from state laws against murder and manslaughter of an unborn child — and it changes the word "unborn" to "preborn," which the legislation defines as a "natural person from the moment of conception who has not been born."

And while courts have upheld women's ability to get abortions under the rights to privacy in the Alaska and U.S. constitutions, HB 250 adds a new "interpretation of right to privacy" in state law, which says the Alaska Constitution's privacy rights do not extend to "abortion or any other taking of innocent human life."

That's not a power the Legislature has, said Anchorage Democratic Rep. Matt Claman, an attorney who chairs the House Judiciary Committee, to which both of Eastman's new bills have been referred.

Eastman's other bill, the two-page HB 251, would allow the Legislature to remove judges for exercising legislative power. The term "legislative power" isn't defined in the measure, but conservative groups often criticize "judicial overreach" when the courts make decisions they oppose.

HB 251 says the Legislature's judgment in matters of impeachment would not be "subject to judicial review."

The Legislature does have the ability to impeach judges under the state Constitution, but "where the limits of that power are is unclear," said Fortson, the UAA professor.

"If this were passed and the Legislature were to try to exercise it, it's hard to say exactly how it would play out," he said.

The likelihood the bills will pass, however, appears remote.

Eastman's new bills each got four. Asked about the referrals, Edgmon responded: "I don't really have anything more to say."