2 investigations into Sen. Wilson end in his favor 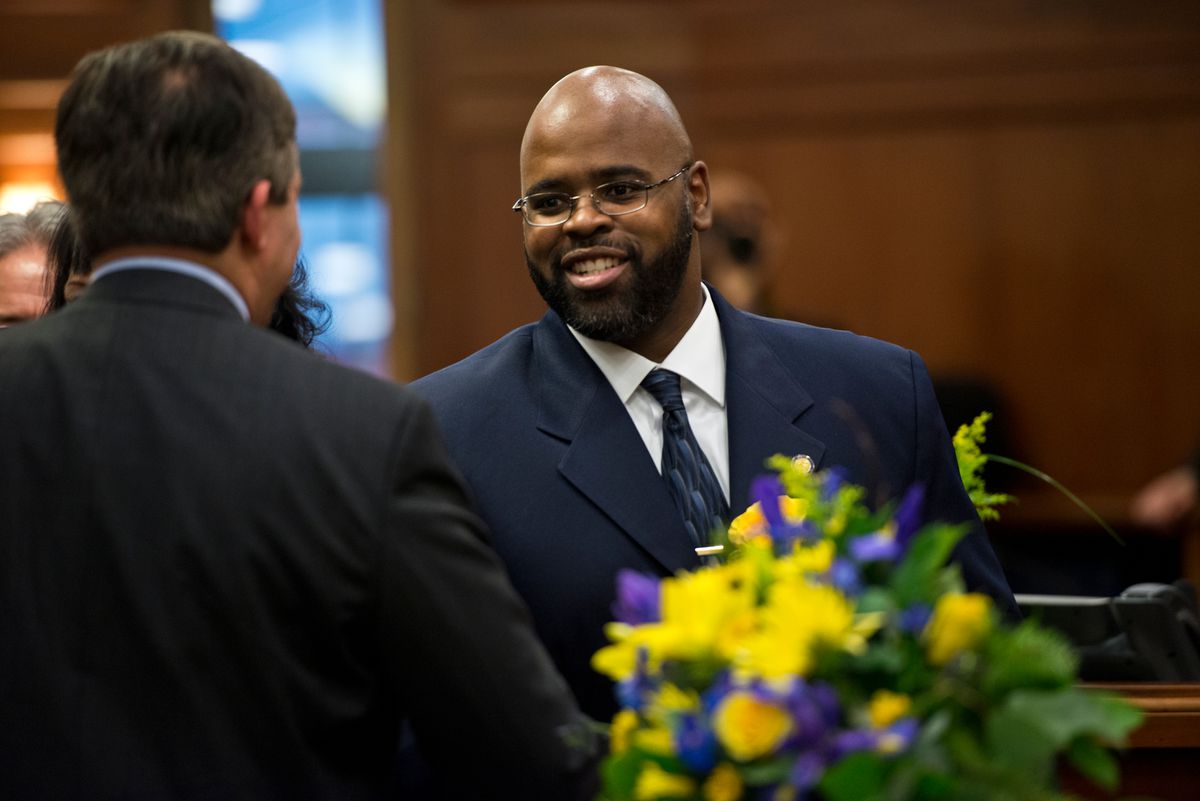 State Sen. David Wilson won't be prosecuted for slapping a reporter, and his actions in a separate incident involving a legislative aide don't amount to sexual harassment, authorities have determined.

Wilson, a freshman Republican from Wasilla, has been under scrutiny on two fronts for his behavior during legislative sessions this year. Two investigations regarding Wilson are being closed out, according to a legislative report and a decision letter from prosecutors released Tuesday.

Wilson, reached Tuesday afternoon, said he is grateful for the conclusions but doesn't believe either matter is entirely finished.

The chain of events began May 2 during an encounter in the Alaska Capitol between Wilson and Anchorage Daily News reporter Nathaniel Herz.

Herz said he asked Wilson whether he thought a recent story was fair, and the lawmaker responded by slapping him. Herz reported what happened to the Juneau Police Department, which turned over the results of its investigation to the state Office of Special Prosecutions.

The matter was investigated as a possible harassment case, a type of offense that hinges on whether the defendant intended to harass or annoy the subject.

"This in no ways implies that Senator Wilson's conduct is not of concern, but rather that the resources necessary for this prosecution is disproportionate to the conduct, especially since the Legislature has the authority to address this conduct through other means," Peterson wrote.

Herz said Tuesday he still is glad he brought the complaint to "register that this was not acceptable behavior from anyone, let alone an elected official."

Wilson said Herz is a respected journalist and he wants to sit down with him "so that we both can have a little bit more closure."

The second incident happened June 15 — the second-to-last day of the first special legislative session — in front of House Speaker Bryce Edgmon's office in the Capitol.

Members of the House Democrat-led majority coalition were meeting behind closed doors — in caucus.

Wilson had approached the office asking why loud music was playing, according to the investigative report by the Legislative Affairs Agency released Tuesday.

A legislative aide told him the music was to prevent others from listening in. She stood between him and the office door.

According to a surveillance video, Wilson took out his cellphone and lowered it to about the hemline of the aide's skirt, the report by Skiff Lobaugh, human resources manager, said.

Reporters who witnessed the incident had described it as Wilson putting his phone between the aide's legs. Wilson called a news conference last week in which he said his phone was never on, he was standing away from the others and his phone never went between anyone's legs.

The aide told Lobaugh that she thought Wilson acted inappropriately, but she didn't think it was sexual though it might have come across that way.

[State Rep. Westlake will not heed calls to resign over misconduct allegations]

What happened doesn't fit the definition of a hostile work environment for sexual harassment, the report said.

But it was an uncomfortable situation for the aide, who never brought a complaint herself, the report said.

Wilson, who has seen it, said he wants the video made public so that a complete story is told. He said the report has inaccuracies and came about through "gossip columns."

At his news conference last week, Wilson chastised witnesses to the cellphone incident, saying they weren't telling the truth.

House Speaker Edgmon responded that what Wilson was saying in itself constituted harassment of witnesses. The speaker called for another investigation.

The House majority cannot comment on the new report "because the incident is the subject of an ongoing investigation by the Legislature's human resources department," said Mike Mason, spokesman for the House majority.

The Senate Rules Committee on Tuesday approved the report's release, which Wilson also had been pushing for. Senate President Pete Kelly had asked for the report.