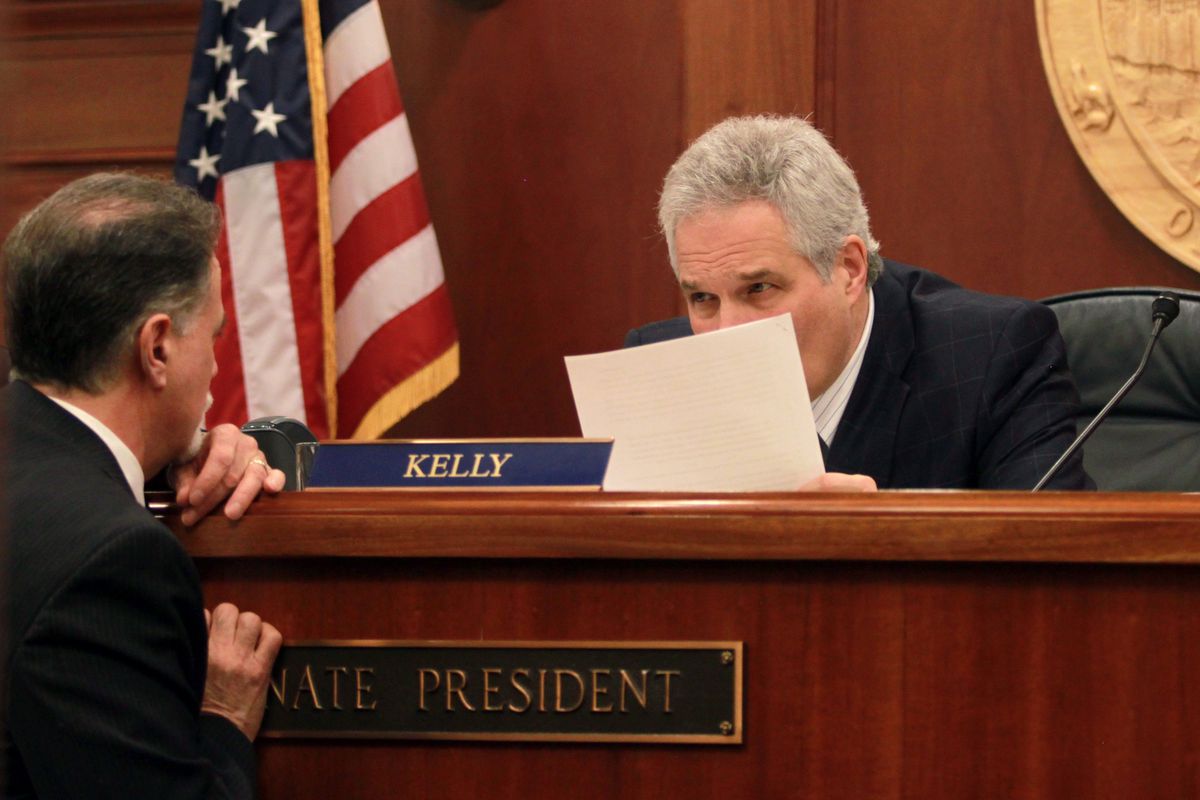 But that choice broke with longstanding political tradition by passing over three suggestions from Mat-Su Republicans.

By law, the 13 remaining Senate Republicans must confirm Kowalke by majority vote before he's seated. But in a letter midday Tuesday, two Senate GOP leaders balked, saying they prefer to stick to "the traditional process involving local participation."

"We request that you consider returning to the impacted district for other suggestions if you feel you cannot appoint one of the three forwarded to your office," wrote Senate President Pete Kelly, R-Fairbanks, and Majority Leader Peter Micciche, R-Soldotna. "We believe that the people who elected Sen. Dunleavy should be given an opportunity to temporarily fill the seat with a candidate they support by providing you with a new list, unless you decide one of the original three choices will suffice."

Kelly and Micciche said their request was "in no way related to Mr. Kowalke," adding that they appreciated his willingness to assume Dunleavy's seat.

But by evening, Walker, an independent, had responded with his own, tartly-worded letter that essentially challenged the Republicans to reject his own applicant. He pointed to the state law governing the appointment process and noted the absence of any requirement that he stick to a party's list, which he called a "tradition" outlined in Republican and Democratic bylaws.

"While I appreciate your concern for the Republican Party's selection process, I am a nonpartisan governor and my decisions are not based on the wishes or demands of any one party," Walker wrote. He added: "I have no intention of delaying the selection process by requesting additional names from the Republican Party while my current appointment is still pending. Should the Senate Republicans choose to reject Mr. Kowalke's appointment, I will forward another name for consideration pursuant to requirements in the Alaska Constitution and state law."

Walker announced last week that he was appointing Kowalke to replace Dunleavy. Dunleavy is a retired schools administrator from Wasilla who was one of the Senate's most fiscally and socially conservative members, and a frequent critic of Walker.

State law allows the governor to fill a vacant legislative seat with anyone from the same party and district as the former office-holder.

Traditionally, local party members solicit applications and recommend three candidates that the governor chooses from — though that process has gone off track before. In 2009, Juneau Democrats initially gave Sarah Palin just one name to choose from to fill a vacant Senate seat.

In a statement last week, Walker didn't say why he'd rejected Rauscher, Smoldon and Braund. But Kowalke, who's described himself as a "centrist," is more aligned with Walker's politics than the other three, who lean more conservative.

In his letter Tuesday, Walker said his appointment of Kowalke "was based solely on my desire to make the best decision for all Alaskans, including the residents of Senate District E."

"Mr. Kowalke is a respected leader in his community and an elected member of the Matanuska-Sustina Borough Assembly with broad support," Walker said.

Walker's choice of Kowalke was the second time in a month that he passed over the three candidates initially recommended by local party members.

Walker said he wanted "additional names." After soliciting more suggestions from Democrats, he ultimately chose an Alaska Native corporation executive, John Lincoln, who wasn't on the original list of three.

Lincoln was subsequently confirmed by House Democrats. Walker still must fill a third vacancy created by the resignation of Bethel Democratic Rep. Zach Fansler, who resigned recently after a Juneau woman said he slapped her twice during a romantic encounter in a hotel room.