Alaska’s legislative session is almost over and every big problem remains unsolved. Here’s what happens next. 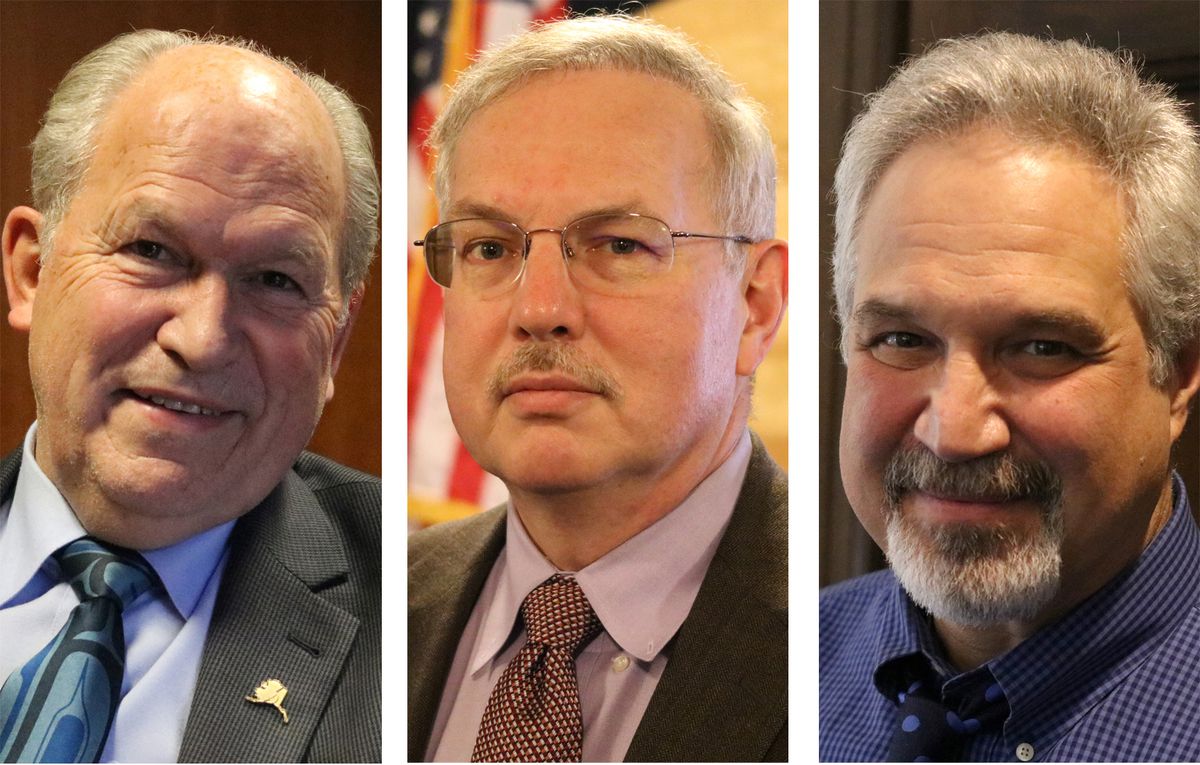 How to resolve the state deficit crisis, given the impending depletion of Alaska's savings accounts?

How much to cut the budget? Should lawmakers pass a bill to restructure the $65 billion Permanent Fund, helping to fill the deficit in future years while reducing Alaskans' dividends?

And what would the Legislature do about Anchorage and Mat-Su residents' complaints about rampant crime?

Sunday is the session's 90th day. That's the last one allowed under a deadline set by a 2006 citizens initiative.

For now, every one of those major questions remains unanswered by Alaska's elected leaders.

[Related: Without action by lawmakers, Alaska's main savings account will soon be out of money. What will they do?]

The House and Senate haven't agreed on spending levels for next year's budget. They've passed none of the eight public safety bills introduced by Gov. Bill Walker.

And they haven't agreed on a plan to restructure the Permanent Fund — though legislative leaders say they're in negotiations about adopting an endowment-type management plan for the fund called percent of market value, or POMV. Competing versions of a bill to make that change, Senate Bill 26, passed the House and Senate last year, but the two chambers haven't been able to resolve their differences.

Their answers, which are edited and condensed, shed light on what's likely to happen in Juneau in the coming days and weeks.

The session appears certain to continue past Sunday's 90-day limit. Lawmakers routinely ignore that deadline, though they do have to stick to a firmer, 121-day cap in the Alaska Constitution.

Each day of extra work will cost the state $16,000, in the form of the daily $275 expense checks collected by legislators. (The three Juneau lawmakers get a reduced payment of $206.)

A few things to keep in mind as you read:

• Senate majority members favor a fix to Alaska's budget problem that largely depends on investment revenue from a restructured Permanent Fund and deficit-spending from the state's savings accounts. Many caucus members also support budget cuts. But last year, several of their proposed reductions, like those to public schools, were rejected by the House. This year, the Senate has suggested few budget cuts.

• House majority members want to augment Permanent Fund revenue by levying higher oil taxes and a proposed personal income tax, which asks more of wealthy Alaskans. Walker has also proposed his own tax measures. But the Senate rejected those ideas and they appear dead now. This year, House lawmakers also pushed legislation to set the state's schools budget early, though the Senate delayed action on it until last week.

• The House's thin, 22-member majority has frayed this year, with internal disputes between members delaying the chamber's passage of its spending plan.

• For three years, Walker has been pushing lawmakers to restructure the Permanent Fund to help fix the deficit, though an agreement to do so has eluded them largely because of differences over taxes. The governor is still lobbying for adoption of the POMV system this year, while also pushing for his public safety legislation, which has mostly stalled in committees.

ADN: What things do you or your caucus need before the Legislature can adjourn the session and go home?

Pete Kelly (Senate): Not much has changed. The requirement of a budget is obvious. And a determination of some kind between the House and the Senate on POMV.

Bryce Edgmon (House): There's individual legislation that we're focusing on. The House would like to see early funding of education, although we're getting close to the time where that's clearly an oxymoron.

Gov. Bill Walker: SB 26 was passed by both bodies last year. That needs to be finished up. Public safety is very, very important to us — that we have some of the public safety legislation taken care of.

ADN: What are you most worried about in the next four days?

Pete Kelly: The Senate, we just kind of plod forward and it's rather uneventful over here. I just am very concerned that the House (majority), because their margins are so narrow in their caucus — they can run into problems that we won't run into. Mathematically, they have fewer people, and that creates more problems.

Bryce Edgmon: We are very focused on bringing things to a resolution and not getting caught in a Groundhog Day scenario, where we're fighting battles that just keep us in Juneau day after day and week after week.

Bill Walker: I think there's good momentum going now. And I'd hate to have that sort of implode in some way. I don't think it will.

ADN: Is there one thing you or your caucus is willing to give up to be able to end the session?

Pete Kelly: We've already given up a lot on two budgets (by relenting on the push for budget cuts).

Bryce Edgmon: We really advanced the need for a comprehensive fiscal plan (with taxes). We advanced that discussion, statewide, and I count that as a success. Will we get every element of that plan? That seems doubtful to me.

Bill Walker: We already have some things that have not progressed. I think to see new revenues — I would stand down on new revenues (outside of a restructured Permanent Fund).

ADN: What's your best guess at the day the Legislature finishes its work?

Bryce Edgmon: As soon as possible.

Bill Walker: I'll stick with the 90-ish that I've heard (legislators) say a number of times.

ADN: What are the chances we're here into June again, given that legislative sessions have dragged that late in the past three years?

Pete Kelly: As far as what's before us right now, as far as the budget's concerned, I don't think we're coming back on those types of issues. Can't speak for what the governor might call us back for (in a special session). But there might be something.

Bryce Edgmon: If my caucus has any role in this, it would be very remote.

ADN: What are the odds at this point that the Legislature is able to adopt the POMV model, or some restructuring of the Permanent Fund to help fix the deficit in future years?

Pete Kelly: That's the question. I wouldn't say 100 percent — I don't want to speculate on that.

Bryce Edgmon: There are meaningful discussions going on around that topic. And it's hard to give you any definitive statement at a time when we're still working on not only that aspect of getting out of Juneau, but also early (education) funding and differences in the operating budget. There's a capital budget out there somewhere that needs to be agreed upon.

Bill Walker: I think it's very good. I've certainly heard from lots of Alaskans that have been very supportive of that.

ADN: How are the relationships at this point between Senate leaders, House leaders and the governor?

Pete Kelly: I'd say the Senate and the House are doing pretty well. The Senate and the governor — there's no problems right now. We'll get something put together. A lot of the unnecessary items that can cloud any big decision over a two-year period of time have sort of fallen by the wayside.

Bryce Edgmon: I would say that the relationships are constructive and we are talking. And on a personal level, my relationships with the Senate president, certainly with the governor and his team are good. This is the time when we're going to draw on those relationships the most to get things done.

Bill Walker: You look at the flavor of the press availabilities, nobody's trying to take shots at each other at this point. The communication, at this point, I think has been good.