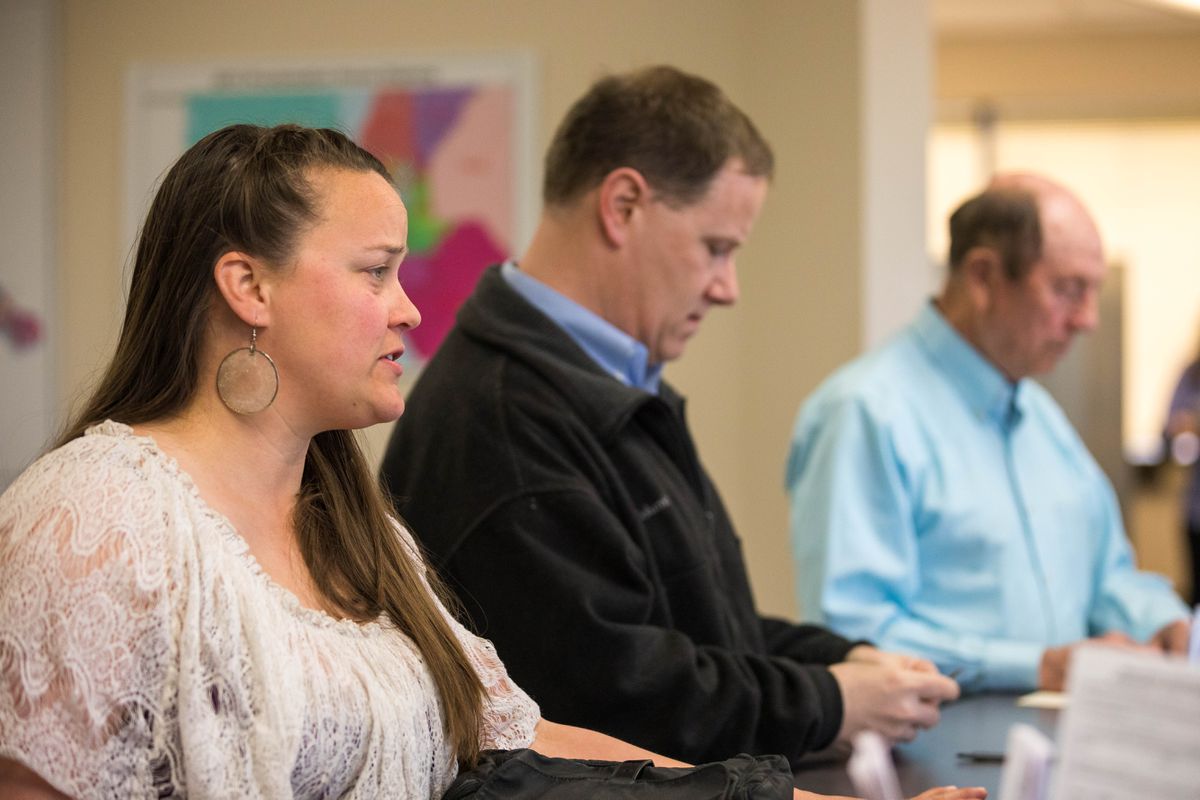 Alaska's gubernatorial campaign this year has turned into a heavyweight title fight.

But the undercards should make for some exciting races, too.

Friday was the last day for candidates to file for 50 open seats in the Alaska Legislature: all 40 in the state House, and 10 of the 20 in the state Senate.

Here are some of the biggest developments in the lead-up to Friday's deadline, with a caveat: The state Division of Elections had not made a final update to its website as of early Friday evening, meaning that some last-minute filings or changes could still be missing.

– Homer incumbent Rep. Paul Seaton, who's served in the House as a Republican since 2002, filed to run for re-election as an independent. And he's seeking support of the Alaska Democratic Party by running in its primary — taking advantage of a recent ruling by the Alaska Supreme Court that allows independent candidates to contest partisan races. Three Republicans are running in the party's primary: Sarah Vance, John Cox and Hank Kroll.

– An Anchorage military veteran, Josh Revak, is challenging incumbent Anchorage Rep. Charisse Millett in the Republican primary. Revak, who's worked as an aide to U.S. Rep. Don Young and U.S. Sen. Dan Sullivan, had been seen by Republicans as a possible successor to Millett if she left her job to run for an open state Senate seat. But Revak decided to run even after Millett filed for re-election instead. "A lot of folks aren't happy with the way the Legislature's run," said Revak, who added that he's been "inundated" with requests to run against Millet.

– A local Republican Party official in the Mat-Su, Doyle Holmes, filed to run a nonpartisan campaign against a GOP incumbent, Rep. David Eastman of Wasilla. Holmes is the GOP chair for Eastman's Mat-Su district, and he will have to give up that position to run as a nonpartisan campaign, he said. Holmes said the party's right wing has a "pretty good hold on the primary," but that he should be OK once the "normal people" vote in the general election. Two Democrats, Patricia Faye-Brazel and Neal Lacy, are also running for the seat.

– A circus acrobatics instructor, Stephany Jeffers, filed to run as a nonpartisan candidate for a House district that includes Peters Creek and areas of the Mat-Su, in Butte and Knik. Jeffers is running in the Democratic primary. She's a former Miss Alaska, but she's not the only pageant winner to seek a state legislative seat this year. Bekah Halat, a former Mrs. Alaska, is running in the GOP primary for the South Anchorage Senate seat held by Republican Kevin Meyer, who's running for lieutenant governor.

– A bevy of candidates have filed to run for the downtown Anchorage House seat held by Democrat Les Gara, who's said he's considering retirement. In addition to Gara, three candidates have filed in the Democratic primary: Zack Fields, a former spokesman for the party, attorney Cliff Groh and Elias Rojas, an organizer who owns a digital marketing firm. Meanwhile, Republican Ceezar Martinson and Libertarian Warren West have both filed to run for the seat. Gara has endorsed Fields but is staying on the ballot for now, leaving himself the option to withdraw later. Gara didn't return phone calls, but he said in a text message that before withdrawing, he wants to be sure there's another candidate with the right values who can actually win the race: "My instinct is Zack would be both a strong representative and strong candidate." Gara said he hopes to make up his mind after going fishing this weekend.

– Nancy Dahlstrom, a former Republican state House member, filed to run for the House seat opened by the departure of Eagle River GOP Rep. Dan Saddler, who's running for a state Senate seat. Dahlstrom resigned her House seat in 2010 to take a job in the administration of former Gov. Sean Parnell. "I love the state of Alaska and we need help right now," Dahlstrom said. She'll face Craig Christenson and Bill Cook in the Republican primary, while a third candidate, Danyelle Kimp, is running as a nonpartisan in the Democratic primary.

– Kelly Merrick, who once worked as a staffer in the Legislature and as an aide to U.S. Rep. Don Young, is running as a Republican in another Eagle River House district — the one left open by GOP Rep. Lora Reinbold, who's running against Saddler for the open Senate seat. Merrick said she's been a stay-at-home mother recently; she's married to Joey Merrick, a top official at an Anchorage-based labor union who also sits on the board of the state gas line corporation. In the Republican primary, she'll face Republicans Eugene Harnett and Jamie Allard, while Joe Hackenmueller is running as a nonpartisan in the Democratic primary.

– Jim Colver, who was ousted in a fierce Republican primary two years ago, filed Friday to seek his old seat in the state House, in a district that includes parts of the Mat-Su, Valdez and Delta Junction. "I'm out at the grocery store or walking in my neighborhood and people will stop me and say, 'Hey, you should run.' They talked me into it," Colver said. The incumbent Republican who beat Colver, George Rauscher, is also running for re-election. Bill Johnson is running in the Democratic primary, and there are at least two other candidates registered in the GOP race, one of whom is crime-fighting community organizer Vicki Wallner, who started the Facebook page "Stop Valley Thieves." The second is Pam Goode of Delta. James Squyres, Goode's husband, is also a Republican who's filed for the seat, but he's not seeking the nomination of a political party and is running as an independent.