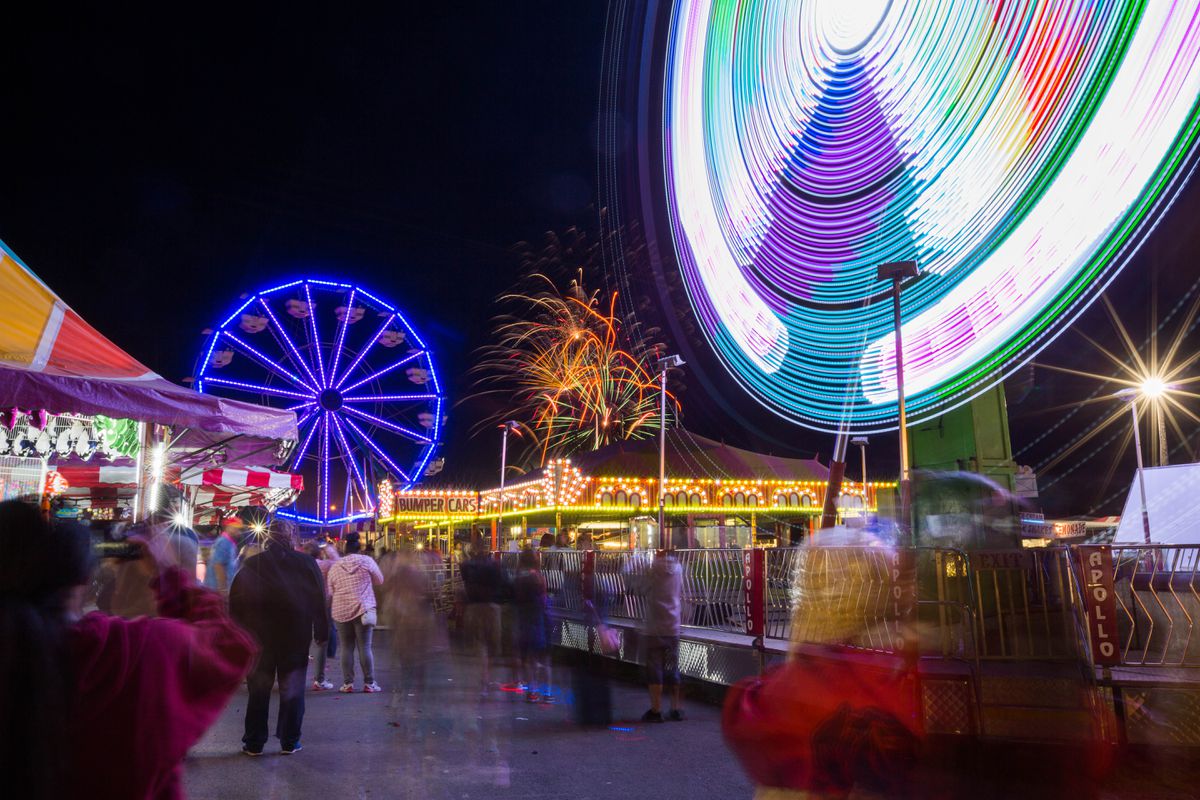 JUNEAU — State alcohol regulators are poised to reject a liquor license renewal for the Alaska State Fair in Palmer. The nonprofit that operates the fair warned that the loss of the license would be “devastating” and could lead to increased ticket prices for the popular annual event.

The recommendation by regulatory staff to deny the renewal is part of a crackdown on certain longtime licenses that do not appear to be used as intended under state law. Fair board president Stephen Brown said that if the fair lost its ability to sell beer and wine, it would have to “greatly increase” admission prices.

The fair’s alcohol troubles come as the Alaska Alcoholic Beverage Control Board struggles to make state law match the hodgepodge nature of alcohol-serving events across the state. In 2014 and again in 2017, the board was faulted by legislative auditors for issuing “recreational site” alcohol licenses to events like the fair that are not allowed under state law.

Under that law, beer and wine can be served at licensed locations that host “baseball games, car races, hockey games, dog sled racing events, or curling matches." The board previously stretched that definition to include things such as ski areas. In this case, the state fair has had a recreational site license in 1981.

This year, following the release of the legislative audit, the board has begun cracking down on recreational license renewals, with members saying they have no choice under existing state law. In August, board members approved a recreational site renewal for Arctic Valley Ski Area, even though the staff of the Alcohol and Marijuana Control Office recommended against it. Two months later, the board voted against a recreational site license for Juneau’s Eaglecrest Ski Area under similar circumstances.

It was the Alaska State Fair’s turn Monday.

“This caught us flat-footed,” Brown said of AMCO staff’s recommendation that the board reject the fair’s license.

He said he was unaware of the recommendation until contacted by the Daily News.

While discussing what to do with the fair’s license, alcohol board chairman Bob Klein suggested that because the Alaska Legislature has been reluctant to fix problematic alcohol legislation, it might need some incentive.

“There is some merit in holding this license hostage,” he said.

“There’s a large constituency this fair has, and if we can bring that to bear … and if nobody is harmed by us delaying approval for a while,” a fellow board member’s suggestion to delay consideration would make sense, he said.

One board member — it was unclear who spoke in the teleconferenced meeting — suggested the Legislature might come under more pressure if the board were to reject the license outright.

That suggestion was not taken up, however, and the board voted unanimously to delay consideration of the state fair’s liquor license until February, when the board will meet in Juneau.

In a separate action, the board also delayed another recreational site license facing revocation. That license is held by Alaska Travel Adventures, which operates rafting trips from its headquarters in Juneau.

Earlier this year, the Legislature became high-centered on proposed reforms to Title 4, the bedrock of Alaska’s liquor laws. Sen. Peter Micciche, R-Soldotna, has been working for six years to pass new alcohol legislation drafted by more than 100 people involved in the liquor industry and the problems it causes.

Micciche’s bill, which would have fixed the problem faced by the state fair, among other issues, passed the Senate but faltered in the House when members of the House Labor and Commerce amended it to cut serving sizes at breweries and distilleries.

That brought extraordinary backlash from the public, and Micciche dropped his support for the amended bill as the session came to an end.

At Monday’s meeting, AMCO executive director Erika McConnell told the alcohol board that a group of staff and stakeholders has been working to find a compromise that resolves that impasse, but has not yet been successful.