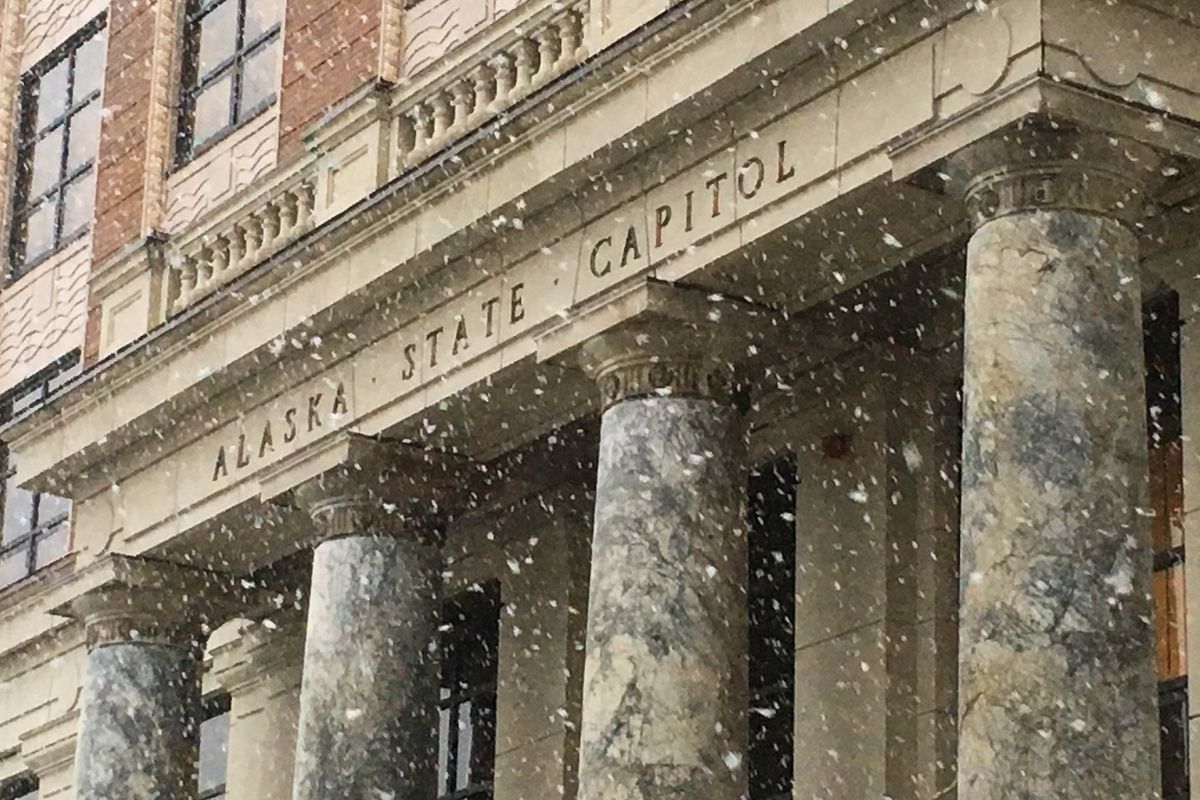 JUNEAU — Members of the Alaska House of Representatives are entering the third week of a leadership deadlock and closing in on a record set in 1981, when the House spent 22 days without a permanent leader.

On Tuesday, the 15th day the House has failed to elect a speaker of the House, lawmakers offered various reasons for their failure to organize, but all said some kind of coalition majority appears to be inevitable.

No matter how a coalition shakes out, top issues of the session are likely to be addressing crime, the Permanent Fund dividend and the governor’s proposed budget, which is expected to include $1.6 billion in cuts when released Feb. 13, according to members of both parties interviewed this week.

The biggest remaining question: Who will lead that coalition?

Rep. David Talerico, R-Healy and the presumptive speaker of the House under a majority-Republican coalition, agreed that the biggest unresolved issues are who will head committees and take leadership positions.

“I’m assuming that it’ll have to be a mixed group at some point,” he said of Republicans and Democrats.

No one knows when that group will form.

“I’ve been asked a few times which day I think it will be. Well, I wish it was yesterday,” Talerico told reporters Tuesday afternoon.

In the 40-person House, 21 votes is the minimum needed to elect a permanent speaker of the House. After the November election, 19 Democratic, independent and Republican members of the 2017-2018 governing coalition remain. Another bloc consists of 20 Republicans. Rep. Gary Knopp, R-Kenai, is unpledged to either group.

Since December, when Knopp announced he would not join a bare-minimum 21-member Republican majority, the boundaries between the groups have remained unchanged.

Rep. Andy Josephson, D-Anchorage, said the prospect of big budget cuts by Gov. Mike Dunleavy has encouraged his group to stick together.

“Because Gov. Dunleavy is believed to be a budget hawk, and has opposed new revenue concepts, it’s actually made us more cohesive as a group of 19 because I think there’s a belief there has to be some counterweight vis-a-vis that philosophy,” Josephson said.

For Republicans, the prospect of official disapproval has helped cement the bloc on that side.

In the 2016 election and again in 2018, the Republican Party of Alaska targeted GOP lawmakers who planned to join a mostly Democratic majority coalition. Last year, Sarah Vance defeated incumbent Paul Seaton — a former Republican who ran as a nonpartisan in 2018 — in the general election for Homer’s House District 31.

Rep. Gabrielle LeDoux, R-Anchorage, and Rep. Louise Stutes, R-Kodiak, were also targeted by the party but won their races.

“They made a concerted effort to go after us,” Stutes said Tuesday.

(The Democratic Party of Alaska performed a similar maneuver in 2016, pushing out Democrats who had joined with the Republican majority.)

Knopp said that history has encouraged the rest of the Republicans in the House to stick with their party members.

“I think the new candidates, the freshmen, and some of the incumbents are scared of the direction the party’s taken in the last few years,” he said.

That fear has been present on both sides of the aisle. The Democratic and Republican central leadership councils are meeting in Juneau within weeks of each other. Despite that fear, lawmakers told the Daily News they are willing to work in a coalition majority if the issue of committee and House leadership can be settled.

Committee chairs control agendas and thus have a great deal of influence on whether legislation advances. The same is true, on a larger scale, for the speaker of the House and the House rules chair, who collectively determine which bills reach the floor for a final vote.

That makes choosing between a Republican or Democrat a tricky proposition for some lawmakers.

“We see very similarly in the issues at hand. The problem seems to be whether you have an R or a D behind your name,” Stutes said.

Rep. Mark Neuman, R-Big Lake, is the most senior member of the House, having served in the body since 2005. He said he believes a leadership changeup could offer a path forward.

He said he also fears that some legislators are too prone to relying on Facebook opinions as a weather vane for determining their decisions.

Knopp said working in a majority that includes both Republicans and Democrats doesn’t change what you might have said during the campaign.

“You campaign on your beliefs and principles, and you don’t sacrifice them by working across the aisle," he said.

Correction: A prior version of this article implied that former Rep. Jim Colver intended to join the predominantly Democratic coalition that took control of the House in 2017. After the publication of this article, Colver said he did not intend to do so.