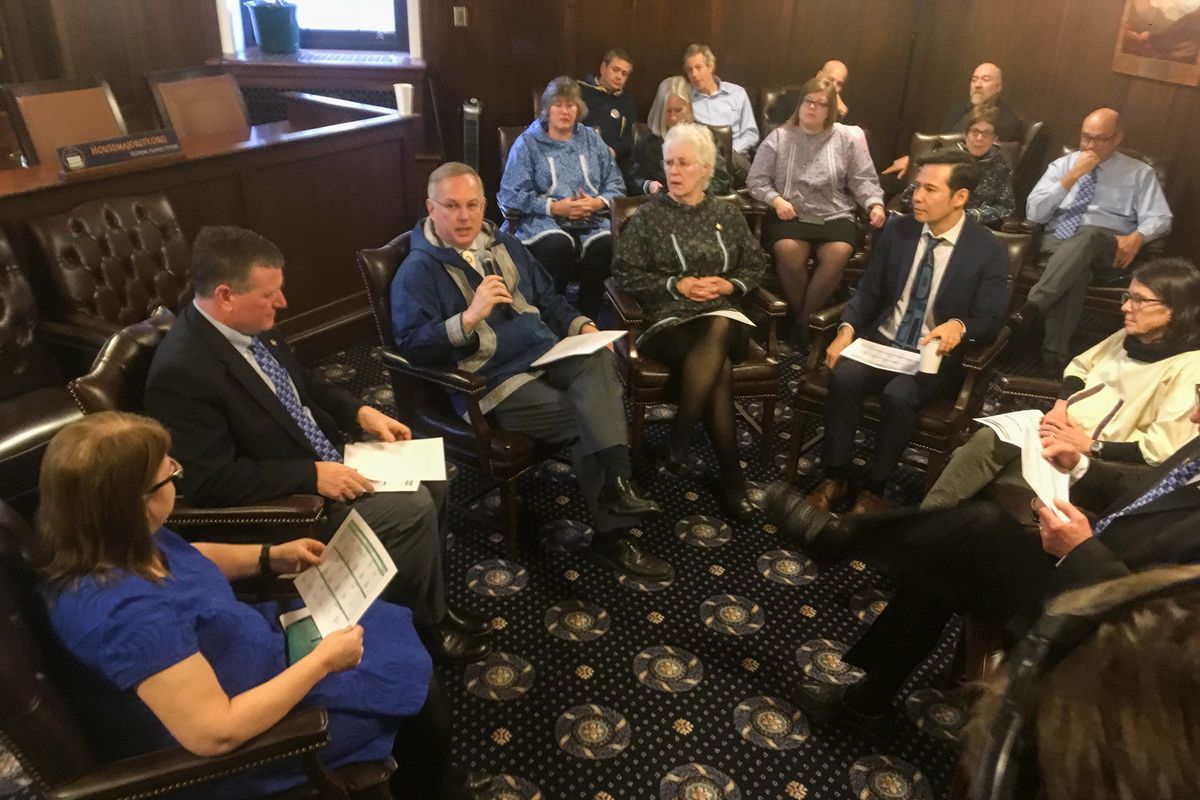 “We’re eager to get caught back up as best we can now,” Edgmon said.

The House has settled into a 25-15 split after ending a monthlong deadlock over who should lead the 40-member chamber. The deadlock ended with eight Republicans joining 15 Democrats and two independents in the majority. Edgmon, who was elected as a Democrat, changed his party affiliation and said he should now be considered an independent alongside Rep. Dan Ortiz, I-Ketchikan.

Because it includes all of the House’s Democratic lawmakers, the House majority is expected to be more skeptical of Dunleavy’s budget proposal than the Senate majority, which is predominantly Republican.

House Republicans announced a 21-member majority soon after the November election, but that move turned out to be premature when Rep. Gary Knopp, R-Kenai, said the bare-minimum majority was unworkable because any one member could effectively halt action by withholding his or her vote. He proceeded to withdraw from the nascent Republican majority in search of a coalition majority.

“They basically proved it, I guess, that they could veto,” said Minority Leader Lance Pruitt, R-Anchorage.

They will join two other Republicans who already pledged to the coalition: Rep. Louise Stutes of Kodiak and Rep. Gabrielle LeDoux of Anchorage.

LeBon said he chose to join the new majority after it became clear Wilson and Thompson were doing so.

“Either we go as a group, or we don’t go at all,” he said of the Fairbanks delegation.

In a typical year, the election of a speaker would be followed immediately by committee announcements, including the naming of members to the budget-setting finance committee. That schedule is set by the Legislature’s internal rules but isn’t happening this year.

“To put it generously, the process is not what generally would occur,” he said.

Though an official announcement will wait until Monday, LeBon said he will hold one of the majority seats on the committee, “where I will be joined by Adam Wool (D-Fairbanks), who I have known for many years.”

It is not clear who will fill the remaining majority seats on the 11-member committee.

Membership of the committee matters because the finance committee considers all legislation involving spending money. If a bill cannot garner the support of that committee, it cannot advance to a vote of the full House.

A limited number of House leadership positions were also announced Friday. Thompson will serve as majority leader and Kopp will be chairman of the powerful House Rules Committee, which determines what bills are scheduled for a vote of the full House.