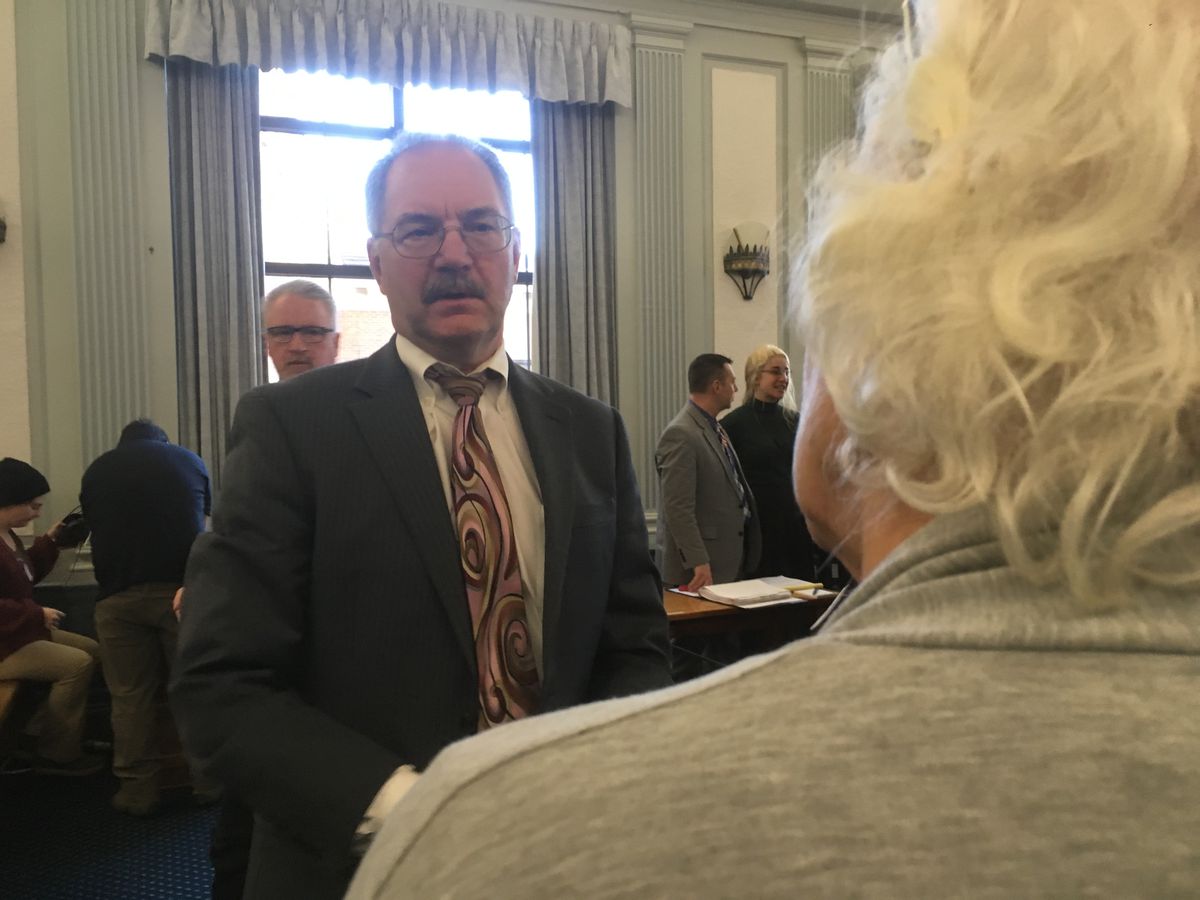 JUNEAU — The head of the Alaska Legislature’s nonpartisan financial analysis section told lawmakers Tuesday that cuts in Gov. Mike Dunleavy’s proposed state budget are smaller than they appear and that the governor’s budget closes a $1.6 billion deficit primarily by shifting costs to local governments and spending one-time funds.

“I think (Alaskans) believe there were much, much bigger cuts than there are,” Legislative Finance Division director David Teal told the House Finance Committee.

Two weeks ago the Office of Management and Budget, a branch of the governor’s office, told lawmakers that the governor’s proposal would reduce state spending (not counting the Permanent Fund dividend) by $1.8 billion. Total spending — again not counting the dividend — is expected to drop from $10.9 billion to $9.1 billion, according to OMB figures.

On Tuesday, Teal said those figures aren’t wrong, but they don’t tell the whole story. Teal focused his analysis on the state-funded portion of the budget funded by state taxes and revenue from the Alaska Permanent Fund. That $5.7 billion section is known as “undesignated general funds” and is the most flexible part of the budget. It’s also where the state’s $1.6 billion deficit exists.

Teal said the governor’s budget appears to consider only the impact on the state treasury, not on Alaskans.

As an example, Teal discussed the governor’s proposal to divert petroleum property taxes from municipalities to the state treasury. Doing so closes the deficit by $420 million but leaves oil-dependent cities and boroughs, particularly Valdez and the North Slope Borough, to fill a sudden gap in their own budgets. A similar, smaller diversion is planned for the state’s shared fisheries taxes.

Dunleavy had pledged that his budget would not spend from savings, but it would empty the remaining $172 million within that savings account, Teal said. Formally, that spending is proposed as a backstop in case the state fails to obtain a federal Medicaid waiver by July 1. Lawmakers and the finance division consider it impossible for the state to obtain a waiver by that date.

In a Tuesday interview with the Daily News, Dunleavy said he was not thinking of the Statutory Budget Reserve when he made his pledge to balance the budget without spending from savings. He was only considering the Permanent Fund’s earnings reserve and the Constitutional Budget reserve.

One of the biggest differences between the finance division’s analysis of the budget and the one offered by the Office of Management and Budget is the treatment of the Permanent Fund dividend. OMB’s budget accounts for the dividend separately and does not include it. The finance division’s budget includes it because under legislation passed last year, money from the Alaska Permanent Fund’s earnings reserve account — until recently used only to pay dividends — is also available for general government expenses.

With that fact in mind, dividends under the governor’s budget consume 37 percent of all undesignated general fund revenue in the state, Teal said: $1.9 billion all together. The dividend would be the largest single consumer of state dollars. K-12 education, the second-largest expense, would use less than $1 billion under the governor’s proposal. (Total K-12 spending, as listed in OMB reports, also includes federal funding.)

Teal also told lawmakers that the governor’s proposal relies on an unprecedented amount of supporting legislation. Teal has served as director of the finance division for two decades and has almost three decades of state service.

Teal said it’s not unrealistic to expect the Legislature to pass that supporting legislation during its regular session, but it is unrealistic to expect the Legislature to have time to do so thoughtfully. Making matters worse, the governor has not finished drafting all of that supporting legislation, meaning lawmakers cannot even begin to analyze it.

“These cuts can be made. The revenue measures can be adopted. The unrealistic part of the budget, to me, is any expectation that you have enough time to really consider these, especially given the fact that the information is not available to you now,” he said. “I find that completely unrealistic that in a regular session … that you would be able to get this analysis done, interpret it, and make decisions.”