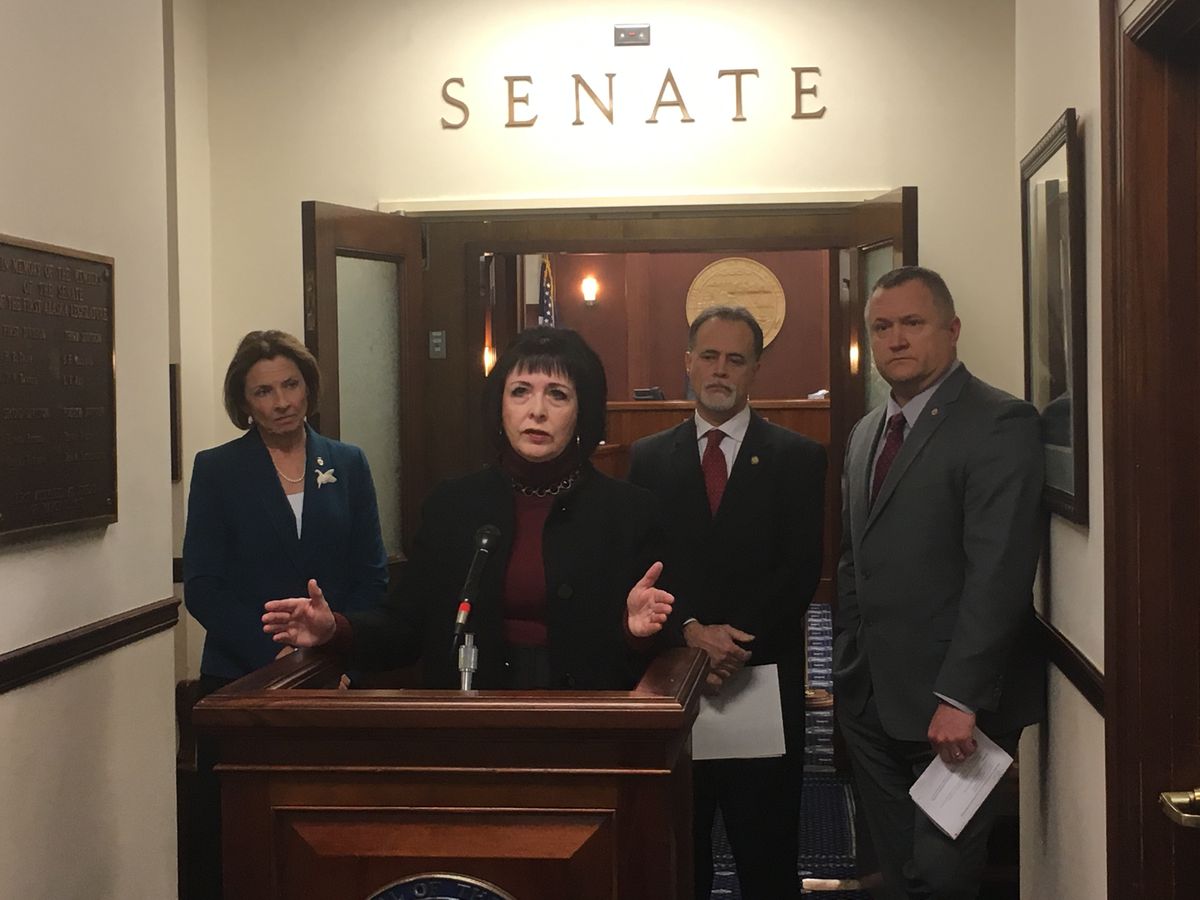 JUNEAU — Gov. Mike Dunleavy opened his “war on criminals” with a push to repeal the criminal justice reform legislation known as Senate Bill 91, but on Wednesday, members of the Senate’s Republican-led majority said they’re more interested in a repeal-and-replace strategy, even if it takes additional time.

“I know many are eager to get these bills passed, and I don’t blame the public because they want safer communities, but we want to do it right, and so we’re going to take our time and be very thorough,” said Senate Judiciary Committee chairwoman Shelley Hughes, R-Palmer.

Senate State Affairs Committee chairman Mike Shower, R-Wasilla, confirmed that the Senate wants to go beyond a simple repeal of the criminal justice reforms that became law in 2016.

“We don’t just want to necessarily go back to what we had before, because it wasn’t necessarily working,” he said.

In January, Dunleavy introduced three bills that collectively repeal 85 to 90 percent of SB 91, said John Skidmore, director of the Alaska Department of Law’s criminal division, at that time.

A fourth bill addresses several loopholes in Alaska’s criminal law, including one that allowed a convicted Anchorage man to receive no additional jail time after choking and sexually assaulting a young woman.

While the governor’s SB 91-related bills are likely to advance slowly through the legislative process — if at all — Sen. Peter Micciche, R-Soldotna, said loophole-fixing legislation has “bipartisan, bicameral support."

Micciche introduced loophole legislation before the governor’s proposal, as did other lawmakers, and it appears that one of those bills may advance through the Legislature this year, even if other criminal justice legislation does not.

Rep. Matt Claman, D-Anchorage, is chairman of the House Judiciary Committee and agrees with Micciche’s statement that loophole-fixing legislation has broad support.

He said he would have to look at the details of any proposal, but “I would certainly say the loophole legislation is one of the ones that’s more likely to get through this year.”

Claman said budgetary considerations are just as important — fighting crime takes money, he said, and the budget can be thought of as a crimefighting tool.

The senators agreed in a Wednesday morning press conference, saying that the budget is the Senate’s No. 1 priority, but public safety is a strong No. 2.

“Really, what the public needs to know is that we are going to take our time. I predict we are going to go past the 90-day mark,” said Senate President Cathy Giessel, R-Anchorage. “It is critical, however, that we get the budget right and these crime bills right, so we will take the time to do it right.”