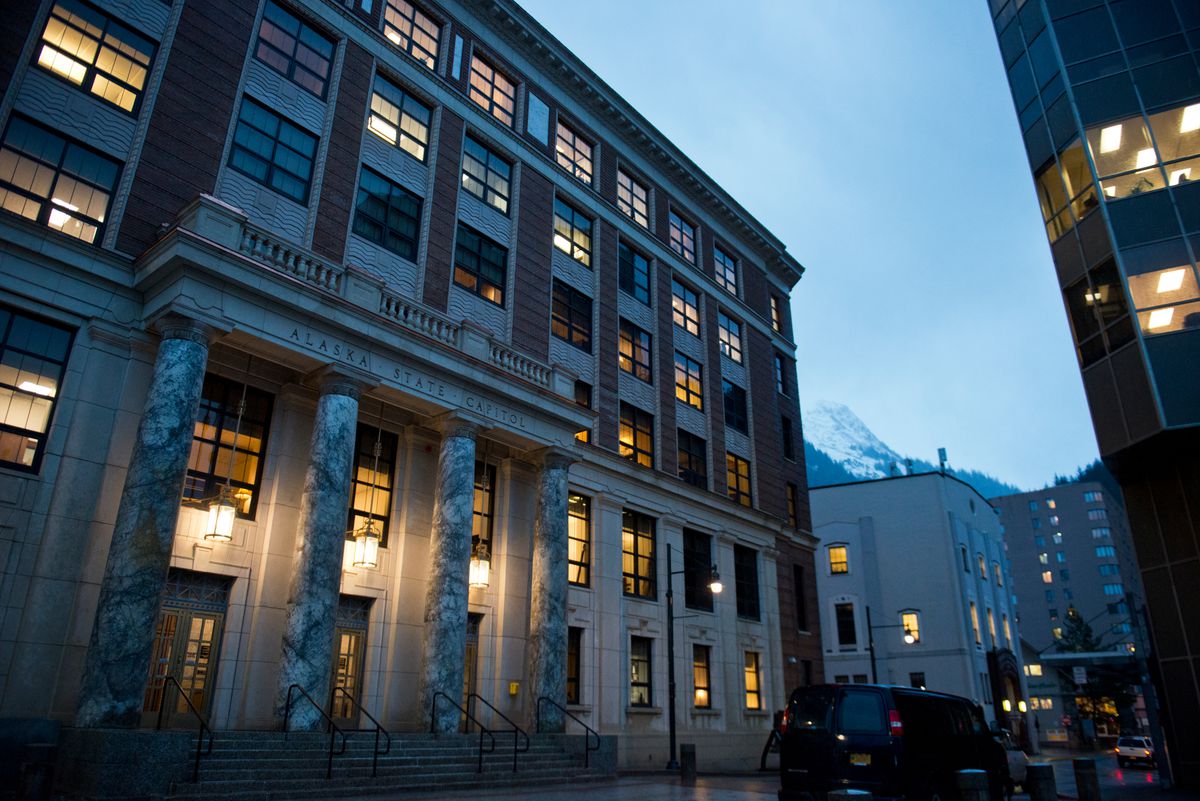 JUNEAU — A small-business owner, redeemed burglar and ghost hunter is headed toward legislative confirmation as a member of Alaska’s violent crimes compensation board.

John Francis of Wasilla appeared telephonically Wednesday at a hearing of the Alaska House Judiciary Committee, which recommended that his name be forwarded to a future joint session of the Alaska Legislature for a confirmation vote.

Rep. Matt Claman, D-Anchorage and chairman of the committee, said he intends to vote for Francis as an example of someone who overcame a criminal past to become a valuable part of society.

Rep. David Eastman, R-Wasilla and a member of the committee, said he didn’t want to commit fully to a vote but that he expects he will vote in favor.

“I don’t know that he’ll have a terrible time going through the confirmation process,” Eastman said.

Francis, now owner of a Wasilla-based computer repair company, was raised in Washington state and, as he said in an interview, fell in with the wrong crowd during high school in the 1980s.

“That was like the most horrible time in my life, and so I got mixed up with some bad people and I did some bad things, things I’ll forever regret,” he said.

According to Washington state court records, he pleaded guilty to felony burglary and insurance fraud charges, but because he helped the Washington State Patrol break up a car theft ring, he received a minimal jail term.

“I think I might have done three days for everything. It was a weekend,” he told the judiciary committee.

About the same time, Francis was on a teenage trip to Michigan. While there, he was nearby when a fisherman suffered a heart attack on the water and died despite Francis’ attempts to revive him with chest compressions.

“At that moment, that changed my life forever, just the feeling of having somebody die,” he said. “Before that, I thought of people as just being objects.”

Because of his life experience, Francis said, he became compassionate, “almost to a fault," and believes people can be redeemed.

“Things can be changed. People can change, but the lifelong criminals, the people who choose to do that and physically harm people, that’s insanity. Those people need to be dealt with,” he said.

Francis is an administrator for two large anti-crime Facebook groups, “Stolen in Alaska” and “Mat Valley Crime Discussion.” That involvement got him interested in crimefighting efforts and led him to ask Gov. Mike Dunleavy for an appointment to the violent crimes compensation commission.

The commission’s duty is to consider claims for financial aid made by victims of violent crimes in the state.

He said his crimefighting interests have left him with less time for his other hobby, ghost hunting. One of the founding members of Alaska Ghost Hunting, he has occasionally appeared on television programs about the practice.

“It’s one field of research Hollywood just blows out of proportion,” he said.

The hobby is mostly about giving people reassurance that strange sounds or phenomena have a mundane source, he said. In one case, the unique acoustics of a particular basement turned the sound of squealing tires into something akin to a child’s scream.

“Ninety-nine percent of the time, it is something else,” he said.