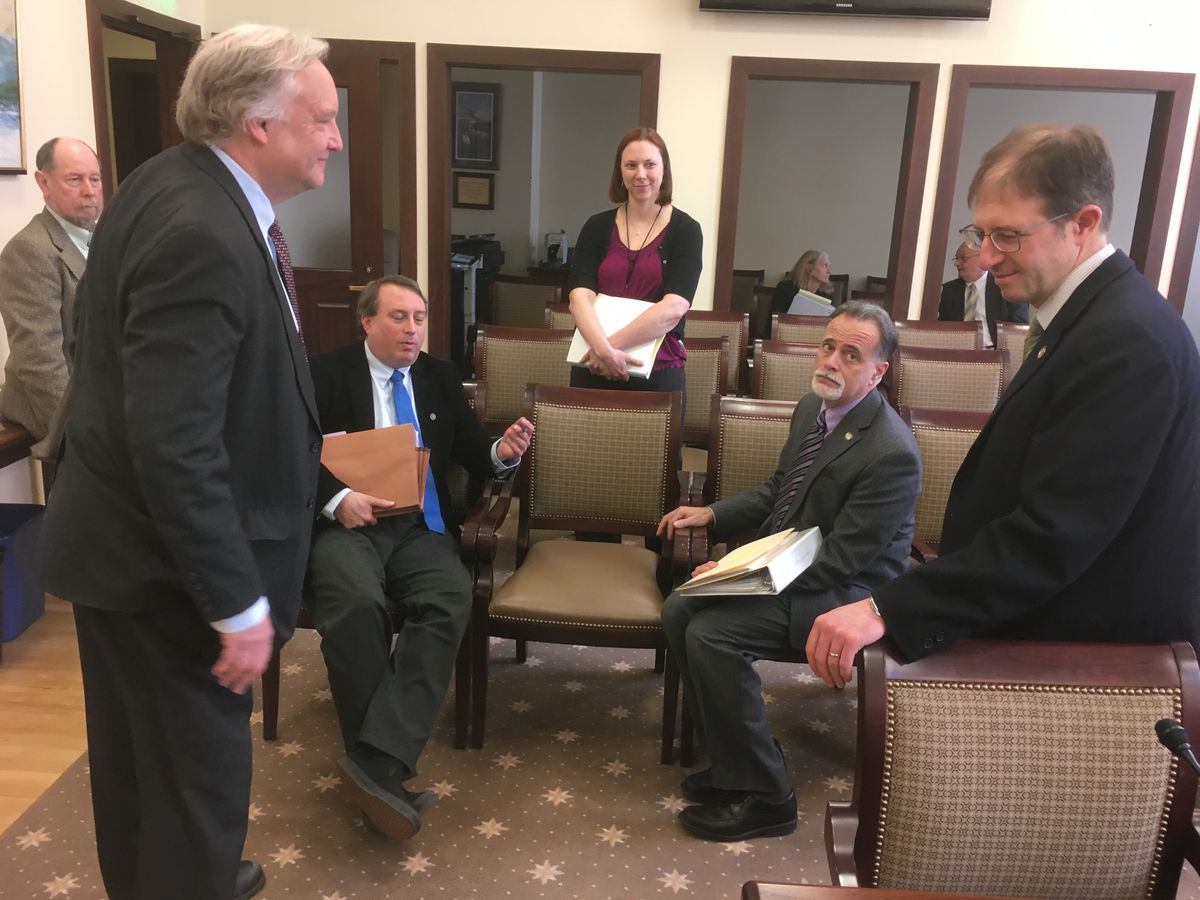 The vote, cast Monday evening, came as the committee considered alterations to Gov. Mike Dunleavy’s proposal to constitutionally guarantee a dividend paid along the traditional formula in state law. Members made several significant alterations before voting to forward the idea to the Senate Finance Committee for further review.

Speaking before the vote on the four-payment-a-year concept, Sen. Peter Micciche, R-Soldotna, said the idea came from former state lawmaker Clem Tillion of Halibut Cove, one of the leaders of the group Permanent Fund Defenders.

Micciche said the idea behind quarterly payments is to encourage more of the dividend to be spent in Alaska.

“We believe the smaller quarterly payments will be much more likely to end up in the economy at a higher proportion,” he said.

He referred to a presentation by the University of Alaska Anchorage’s Institute for Social and Economic Research to the Senate Finance Committee earlier this year. That presentation found the dividend creates a small, temporary bump in the state economy each year, in part because some of the dividend is spent out of state.

“You see a big hump in October and November and it goes away,” said Sen. Mike Shower, R-Wasilla, summarizing the presentation.

Micciche also referred to a rise in crime that accompanies the autumn payment.

“It will reduce some of the more negative behavior that occurs from a very small subset of the residents of the state of Alaska when they get a really big check in one place,” Micciche said of the quarterly payment concept.

Mike Barnhill, policy director for the Office of Management and Budget, asked Micciche if he would be willing to allow the possibility of monthly payments.

Micciche said no; that would be closer to the idea of universal basic income, “which is an extremely leftist model and one I have a very difficult time supporting.”

The quarterly payment structure wasn’t the only major change made by the judiciary committee. In a 4-1 vote, the committee also chose to merge the constitutional dividend with a separate spending cap amendment also proposed by the governor.

The merger was proposed by Sen. Shelley Hughes, R-Palmer and chairwoman of the committee. Speaking Monday night, she said she worries whether a rising guaranteed dividend could force the imposition of taxes if oil prices were to suddenly drop.

If the constitution guarantees a dividend, the state would be required to pay it whether or not the treasury has sufficient money. By folding a spending cap into the guaranteed dividend, the Legislature would be unable to raise taxes to pay that dividend — it would be forced to slash spending instead, if revenue abruptly declines.

Sen. Jesse Kiehl, D-Juneau, voted against the combination plan, warning that it would likely be ruled overly broad by the Alaska Supreme Court.

Already, the Legislature’s own lawyers have advised that the governor’s proposed dividend guarantee is so significant that it may be a constitutional revision rather than an amendment. That statement came before a second amendment was merged into the dividend guarantee.

“You need a constitutional convention for that kind of major rewrite,” Kiehl said Tuesday.

The spending cap proposal has also advanced to the Senate Finance Committee separately, as well as in combination with the Permanent Fund proposal. The governor proposed three constitutional amendments; the third is a requirement that all tax increases be approved by voters. That proposal remains in the Senate Judiciary Committee.