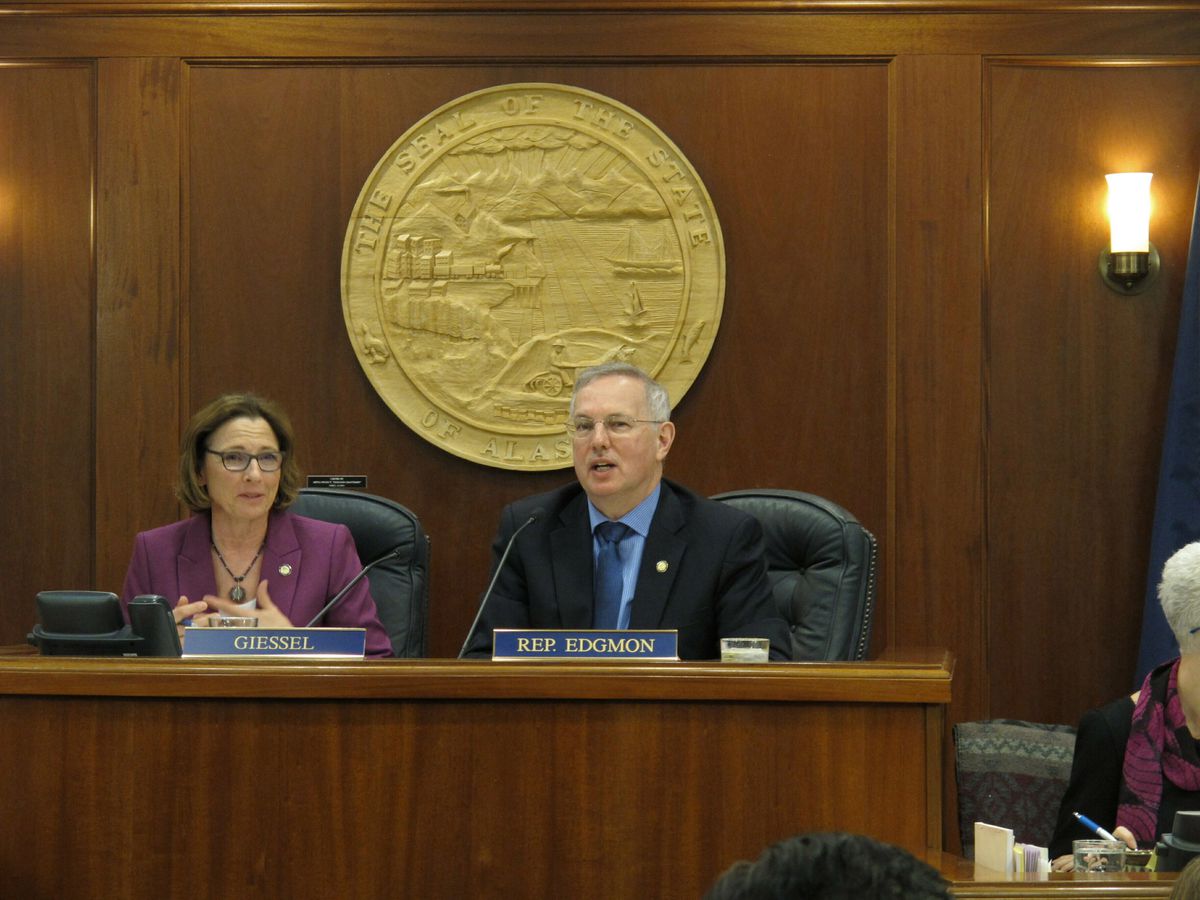 JUNEAU — The Alaska Legislature on Wednesday night voted against the appointment of a Wasilla man to the state’s violent crimes compensation board after lawmakers said they were concerned about his ghost-hunting hobby and his criminal history.

“I think he’s the wrong person for this board,” said Sen. Lora Reinbold, R-Eagle River, speaking in a joint session of the Legislature on Wednesday night.

Lawmakers went on to reject Francis, 9-48.

Wednesday’s joint session was called to consider the legislative confirmation of more than 100 officials appointed by Gov. Mike Dunleavy to state boards, commissions and his cabinet. It lasted more than seven and a half hours, concluding just before 9 p.m.

Lawmakers approved all 13 members of the new governor’s cabinet and agreed to name Michael Johnson, commissioner of the Alaska Department of Education and Early Development, third in line of succession behind Lt. Gov. Kevin Meyer.

Last year, Department of Health and Social Services commissioner Valerie Davidson served in that third-place role and was named lieutenant governor after the resignation of then-Lt. Gov. Byron Mallott.

Thank you to #akleg for voting to confirm 98 of my appointments today. Together my cabinet, board appointments, and I will continue to work diligently to make Alaska a better place to work and live.

Of the 88 nominees to boards and commissions, only seven weren’t confirmed by the Legislature this year.

This year, lawmakers rejected Karl Johnstone for the Board of Fisheries and deferred a vote on Scott Flamme for the Board of Veterinary Examiners after lawmakers on the floor raised concerns about alleged past improprieties that had not been previously discussed. Unless the House and Senate meet again in joint session to consider Flamme’s nomination, something lawmakers said Thursday is unlikely, it will expire at the end of the regular session.

The governor’s selection of Vivian Stiver for the Marijuana Control Board was rejected by a single vote. Lawmakers were concerned about Stiver’s past involvement with the marijuana prohibition movement.

Marisha Dieters was denied for the Board of Nursing after she was appointed to a seat intended for a nurse with a type of license different from what she currently holds.

James McDermott was turned down for a term on the Alaska Public Offices Commission; he is a registered Libertarian, and under state law, his particular seat is reserved for a Democrat. (Seats on the commission are based on the results of the previous general election.)

Michael Tavoliero of Eagle River was voted down 7-50 for a spot on the Real Estate Commission after lawmakers discovered a history of social media posts advocating violence against Muslims. Tavoliero’s resume also contained decades-long gaps in employment, and members of the committee overseeing Tavoliero’s nomination said they were dissatisfied with his responses to questions.

“It was like pulling teeth to get any information from him,” said Rep. Gabrielle LeDoux, R-Anchorage, who referred to his confirmation hearing as one of the most bizarre in her legislative history.

According to state law, the governor may or may not submit appointees to the Alaska Gasline Development Corp. board of directors for confirmation. Former Gov. Bill Walker did so; Dunleavy did not. He appointed Doug Smith and Dan Coffey to the board in January.

The approval of most of this year’s appointees falls in line with the Legislature’s usual deference to a governor. Four years ago, lawmakers turned down five of then-Gov. Bill Walker’s boards and commissions nominees.

Lawmakers accepted all of Sean Parnell’s picks following his election to a full term as governor, and they did the same for Sarah Palin after her election in 2006. (A 2009 replacement Palin pick for attorney general became the first and only cabinet official rejected by the Legislature.)