With House lawmakers reluctant to repeal SB 91, Dunleavy doubles down 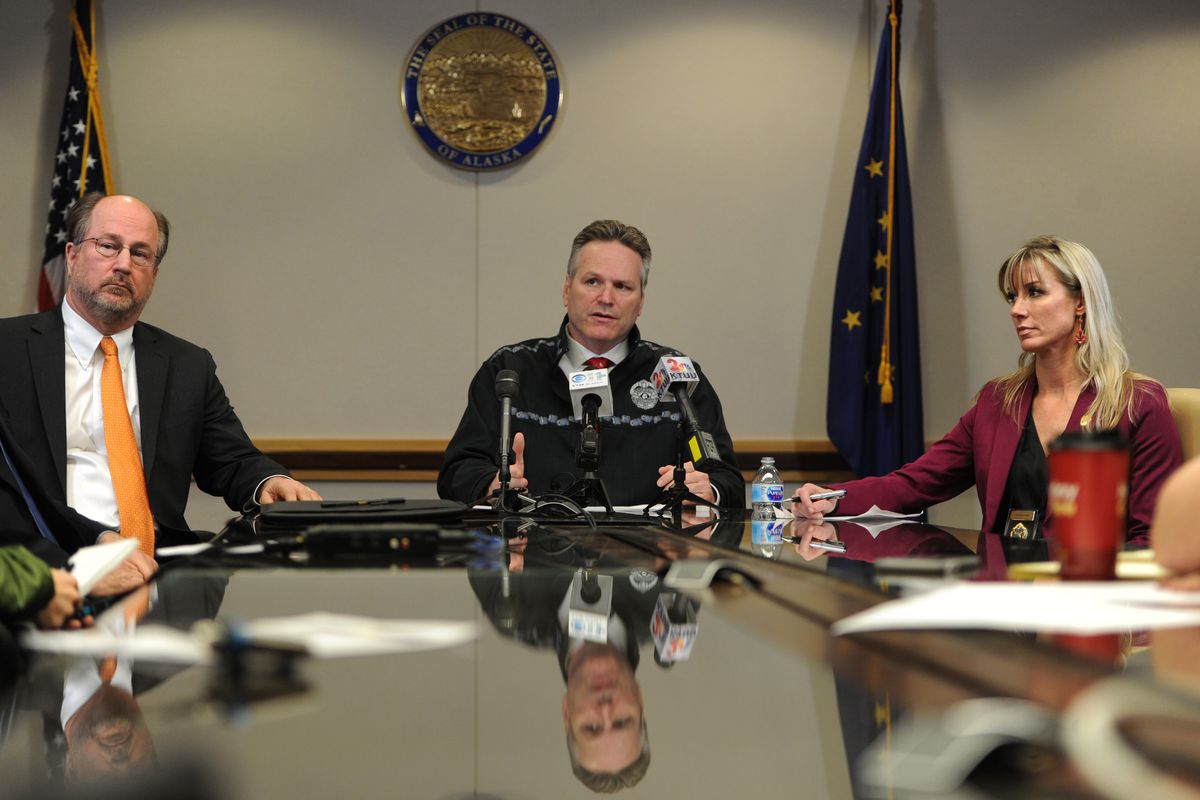 JUNEAU — Alaska Gov. Mike Dunleavy is again urging state lawmakers to repeal the criminal justice program known as Senate Bill 91 as part of his war on criminals, but members of the House of Representatives are balking at the governor’s approach and have crime-fighting ideas of their own.

In a press conference, the governor said, “We are imploring, once again, that the Legislature move our crime package.”

Rep. Matt Claman, D-Anchorage, is chairman of the House Judiciary Committee, through which all of the governor’s crime legislation must go. Without Claman, the governor’s proposal is unlikely to gain approval.

Speaking after the governor, Claman said it’s a mistake to simply roll back the clock. Doing so would replace today’s problems with the ones the state had before: A rising prison population with a significant number of released prisoners returning to crime.

“To say bad-bad, let’s go back to the way we did things before ... I think that’s just the wrong path to take," Claman said. “The good-old days weren’t that good.”

Though the House has not advanced the governor’s SB 91 repeal bills, it has advanced other tough-on-crime legislation and Claman is expected to soon unveil a bill that takes elements from the governor’s bills.

The governor said Alaska’s immediate crime problem is a bigger issue and should be addressed now.

“We are in complete agreement with the governor,” Senate President Cathy Giessel, R-Anchorage, said Monday. “At the same time, the Senate understands that these crime bills do take time, and we want to get them right.”

“It’s a priority of the Senate, and I do not see a problem getting the votes for the passage of those,” said Sen. Shelley Hughes, R-Palmer and chairwoman of the Senate Judiciary Committee. “The problem might be on the House side, however, because I’m not sure they are embracing all ... of those in the way that we are in the Senate.”

In January, the governor proposed four crime-fighting bills to kick off a “war on criminals” he declared in his State of the State address. Three repeal aspects of SB 91; the fourth increases penalties for sex crimes.

Senate committees have considered and advanced those bills; the House has not. The House has advanced other legislation, including a fix for a problem identified by the Alaska Supreme Court, and a solution to the so-called “Schneider loophole” that resulted in no jail time for a man convicted of strangling a woman and ejaculating on her unconscious body.

“It’s my strong belief that we’re going to have a public safety package to be able to hand to the governor when the session adjourns,” Claman said.

The question is whether the governor will accept that as sufficient.

“It’s likely that if there’s not what’s considered a full repeal, that we will be called back to get it done,” Hughes said.

Since then, many Alaskans have blamed SB 91 for the state’s elevated crime rate, in particular a spike in property crimes, and have advocated repeal. Lawmakers have repeatedly modified SB 91 in the years since its passage, but that has not satisfied everyone.

“This is certainly a priority for Alaskans,” the governor said.

Claman and House Speaker Bryce Edgmon, I-Dillingham, said the costs of the governor’s proposal must be considered along with the repeal.

According to fiscal notes attached to his legislation, the governor’s proposal would cost at least $43 million per year and could require the state to construct an additional prison — something that would cost several hundred million dollars. (Putting more prisoners on electronic monitoring or shipping prisoners out of state might reduce those costs.)

Edgmon isn’t sure about that.

“We need to keep an eye on costs as well as results,” he said. “That $40 million has to come from somewhere.”