Declined for Alaska Board of Fisheries, Karl Johnstone says Legislature made a mistake 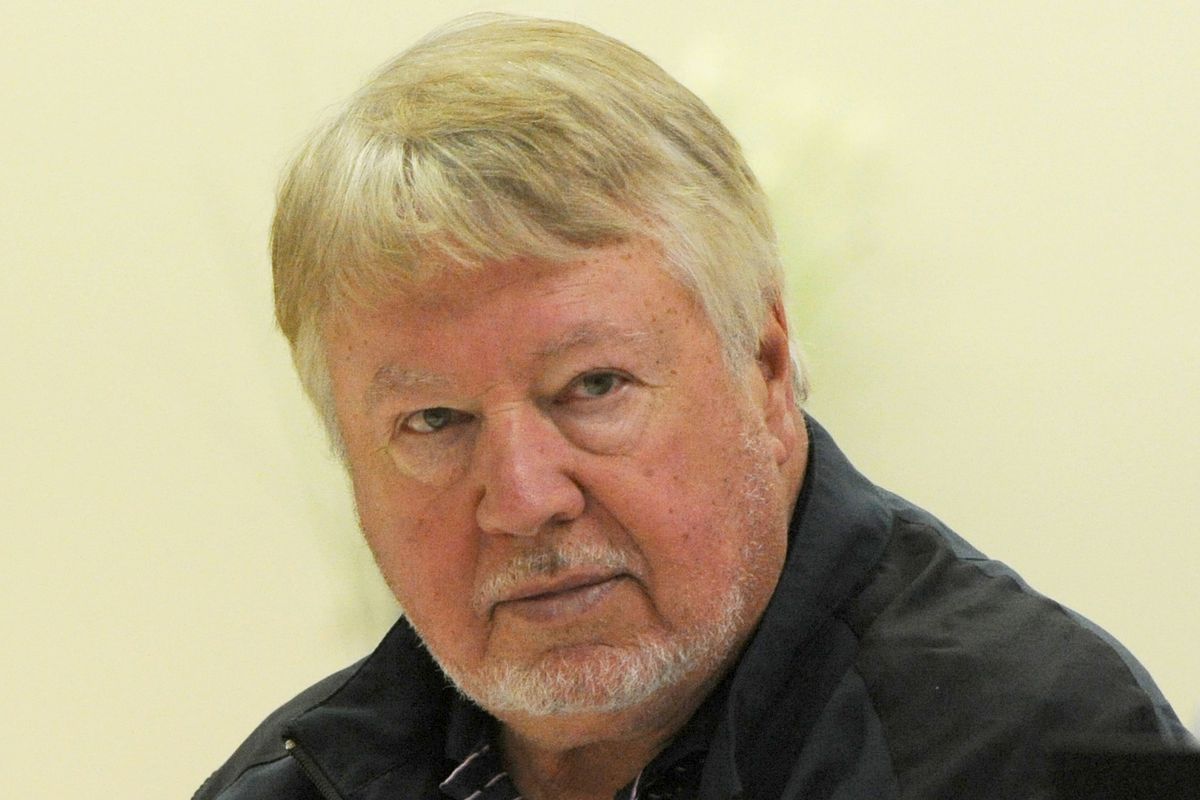 Karl Johnstone during an Alaska Board of Fisheries meeting in the Egan Center in Anchorage, Feb. 5, 2014. (Bill Roth / ADN)

Karl Johnstone during an Alaska Board of Fisheries meeting in the Egan Center in Anchorage, Feb. 5, 2014. (Bill Roth / ADN)

JUNEAU — An allegation levied on the floor of the Alaska Legislature has opened old arguments about due process in cases of accused sexual harassment and misconduct.

Last week, lawmakers meeting in joint session rejected Gov. Mike Dunleavy’s selection of Karl Johnstone for the Alaska Board of Fisheries. The rejection came after Rep. Ivy Spohnholz, D-Anchorage, said she had been contacted by two women who said Johnstone made “inappropriate and unwelcome sexual comments” to them while previously serving on the board.

“There’s no truth to it at all. Zero truth,” Johnstone said Tuesday by phone.

Lawmakers tabled discussion of Johnstone’s selection before voting to reject his nomination. Neither Johnstone nor the women (who remain unidentified) were able to speak on the matter before the final vote, and some lawmakers — as well as Johnstone — say the incident exposes problems with due process and civility in the Legislature.

“It seems to me that the big question is here: Should an important decision on a confirmation vote of the Board of Fisheries or any other board, should it be made on a last-minute allegation where there’s no substantiation whatsoever provided for it?” Johnstone said.

Johnstone is a retired state Superior Court judge, and said by phone that it is impossible to prove a negative, which is why the criminal justice system places the onus on the accuser to prove wrongdoing. This is not a criminal trial, he said — he’s not facing jail or a fine — but the principle remains the same.

“If something like this is used, it doesn’t cost me any money, I don’t serve 30 days in a penal institution, but it does attack what had otherwise been an unblemished reputation,” he said.

According to state law, the rejection leaves Johnstone ineligible for reappointment until the Legislature meets next year. The governor is likely to pick another candidate in the meantime.

Three lawmakers have apologized to Johnstone for the way the Legislature handled matters.

Rep. Ben Carpenter, R-Nikiski, is one of those lawmakers and said Tuesday afternoon that “in this case, he did not have due process.”

Carpenter voted against Johnstone but said it would have been appropriate to refer the matter for an investigation, “not air it out in public where a man has no due process.”

Rep. Sarah Vance, R-Homer, also apologized to Johnstone and said it would have been appropriate to quietly speak to the Speaker of the House and Senate president and ask to table the nomination.

“I don’t think we should be putting things like that on the House floor before a vote,” she said.

Details of the allegation are unclear. Spohnholz has declined to name the two women, who she says are concerned about retaliation. She said they are “absolutely not” prepared to speak publicly.

She said she herself has received threats over social media and telephone since the vote. Some of those threats have been referred to police, she said.

She said she was contacted about the accusations the day before the vote and attempted to quietly talk to her fellow lawmakers but could not contact them all in time. In addition, she said, the public nature of legislative hearings makes it difficult for people to speak anonymously.

“If there was a way to have a fair hearing where the victims of alleged sexual harassment would be able to provide testimony or information that would ensure confidentiality, it might be an entirely different issue,” she said.

“I stand by my decision to stand with the women who made the allegations. I did the best I could with the information I had at the time,” she said.

Talking from California, where he is helping care for a sick daughter, Johnstone called the allegation a “last-minute smear campaign” against his confirmation and said he was told that until Spohnholz spoke, there were enough votes to assure his confirmation.

Lawmakers contacted Tuesday said they believe Johnstone already lacked the votes for confirmation. One lawmaker opposed to Johnstone’s nomination shared pre-vote tally sheets assembled by staff to track the opposition. Rescued from a recycling bin, they show scribbles, cross-outs, and 32 of the Legislature’s 60 members opposed. Thirty-one votes are needed in joint session to confirm someone to a board or commission.

The opposition count did not include three lawmakers who were absent from the vote. Thirty-three lawmakers voted against Johnstone in the final tally.

Vance said she also doubts that the accusation changed the result.

“It just makes you wonder why this (accusation) was thrown out, because it clouded the real issue," she said, referring to Johnstone’s actions as a past member and chairman of the board.

In the weeks before his confirmation vote, Johnstone was accused by commercial fishermen of favoritism toward personal-use and sport fishermen.

On Tuesday, he said he always did his best to follow "the constitutional mandates that require you to manage for the maximum benefit of the people of Alaska.”

By phone, he pointed out that he was twice re-elected unanimously as chairman of the Board of Fisheries. If the allegations against him were true, he said, why would the board do that?

“You would think that there would be something that would come from the department or commissioners,” he said.

Though Spohnholz and other lawmakers said they believe the issue is at rest, Johnstone said he doesn’t think so.

“I hope the truth will come forth. I want the truth to come out,” he said.