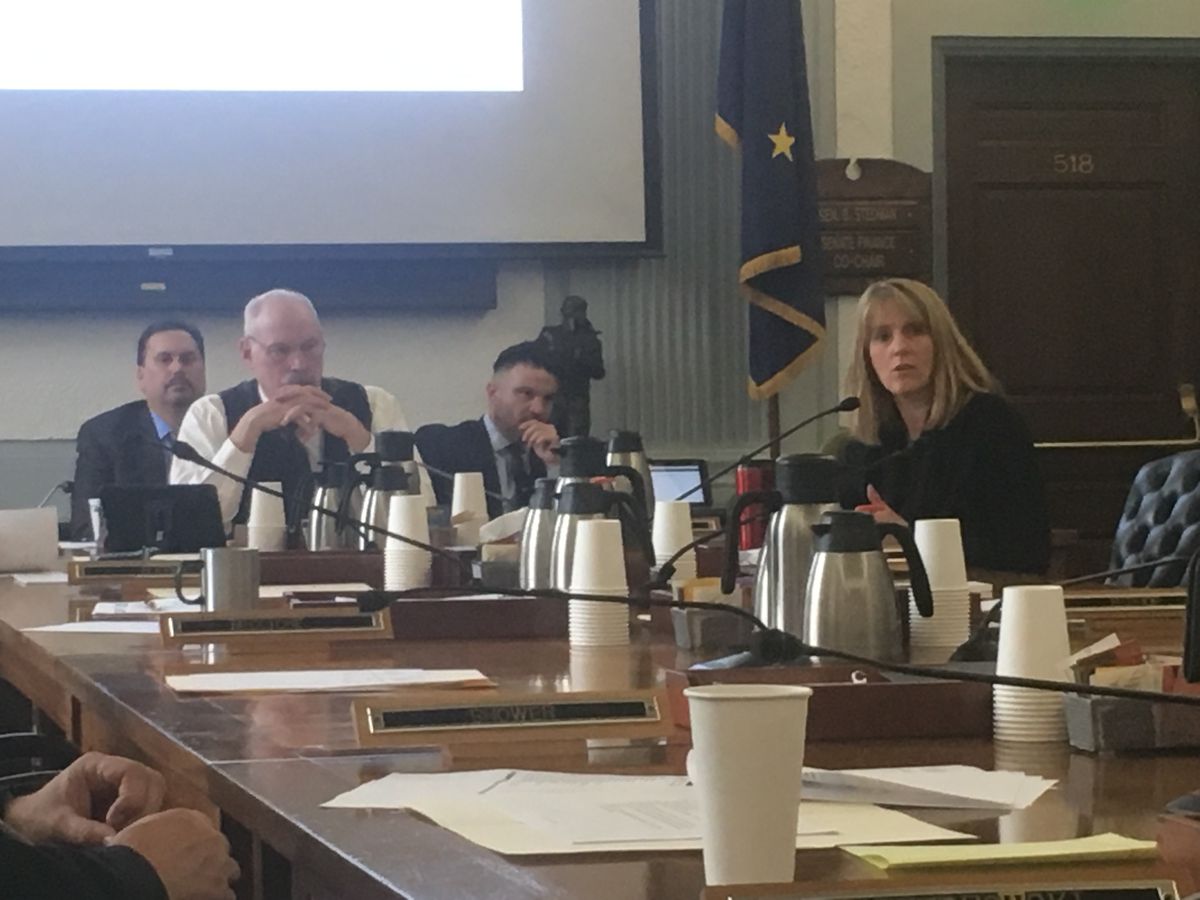 JUNEAU — With three weeks remaining in the regular session of the 31st Alaska Legislature, lawmakers have not settled on an amount for the Permanent Fund dividend.

Neither the budget proposed by the House of Representatives nor the one suggested by the Senate Finance Committee contains a firm dividend amount, but agreement on the dividend is necessary for lawmakers to wrap up the state budget this year. The budget proposed by Gov. Mike Dunleavy does contain a firm dividend amount, but lawmakers are reluctant to accept the steep service cuts and municipal tax hikes that budget requires.

Sen. Bert Stedman, R-Sitka and co-chairman of the Senate Finance Committee, said the Senate budget does not currently contain a dividend amount, but that could still change.

“We are not done with the operating budget at this table … I would not be surprised if that’s one of the issues that comes up,” he said.

A Tuesday morning hearing of the Senate Finance Committee showed members with a spectrum of ideas but no agreement.

“I think you all understand the budget process is not complete, and you know you face a debate on the tradeoff between dividends and deficits and dividends and government expenditures,” David Teal, director of the nonpartisan Legislative Finance Division, told the committee. “With that, you’ve got some real tough decisions ahead.”

[Declined for Alaska Board of Fisheries, Karl Johnstone says Legislature made a mistake]

Rep. DeLena Johnson, R-Palmer, was not involved in Tuesday morning’s Senate arguments but said the disputes over the dividend amount cut across all political divides in the state.

“Whether you’re a communist, populist, socialist, capitalist or something else, you can argue a position on the Permanent Fund,” she said.

With lawmakers refusing to consider tax increases, this year’s budget debate has turned into a binary tug of war between the dividend and expenses. Increase the dividend, and lawmakers are required to cut state services (or spend from savings). Increase spending, and the dividend must be cut.

“That is the tradeoff that not just the House but the Senate faces,” Teal said.

Sen. Lyman Hoffman, D-Bethel, said he wants to see lawmakers set a firm amount for the dividend that Alaskans can rely upon. He supports a “split,” where part of the treasury’s annual draw from the Alaska Permanent Fund is reserved for dividends and the rest is reserved for ordinary expenses, like roads and schools.

“I think it’s important to decide what the dividend is so that we, the people of Alaska, know what it will be, and it’s not a political football that’s tossed around every election cycle,” he said.

A 50-50 split has been proposed in the committee, but that would require more than $800 million in spending cuts when compared to the budget passed by lawmakers last year. That kind of cut isn’t being considered.

To answer that question, Hoffman has asked for analysis of a phased approach that involves a dividend of $1,600 for four years before the split begins.

For now, those ideas are not in any legislation. Teal is expected to return to the finance committee Thursday for further discussions.