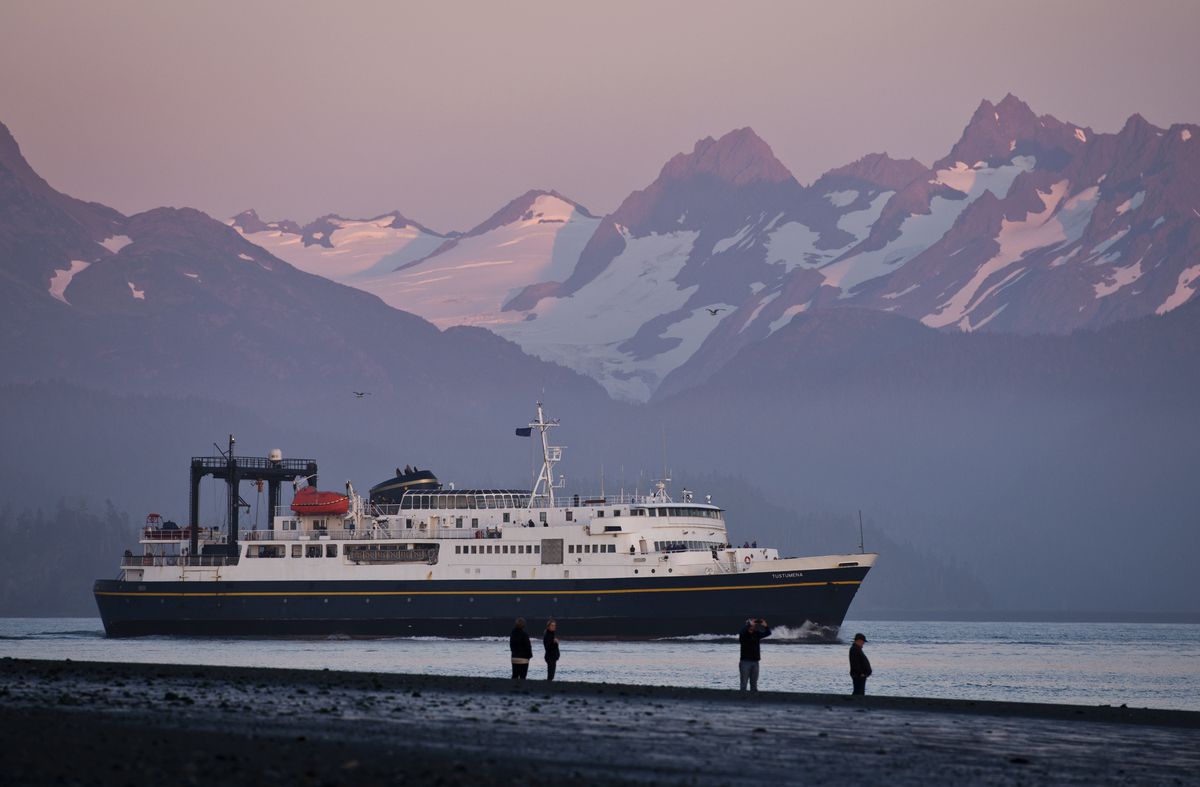 JUNEAU — A project to build a new oceangoing ferry is staying on course in the first draft of the state’s annual construction and renovation budget, according to documents unveiled Friday as the Senate Finance Committee opened discussion of the state’s $1.36 billion capital budget.

The decision to keep funding for the new Tustumena-class ship comes even as lawmakers have cut the Alaska Marine Highway System’s operating budget to the point that it cannot keep all of its existing ships operational. The state has laid up and is selling its two fast ferries, the Fairweather and Chenega, and according to the departing head of the ferry system, the ferry Columbia will soon be for sale as well.

The existing ferry Tustumena, which has been in service since 1964, occupies a unique spot in the ferry system. It typically sails from Homer to Kodiak and Dutch Harbor, and only one other ferry, the Kennicott, can serve that run. Maritime surveyors have warned that the Tustumena may not be able to safely handle the full brunt of North Pacific Ocean storms, and the marine highway system has limited its operations in rough seas.

Earlier this year, Gov. Mike Dunleavy proposed draining the accounts of the new-ferry fund. It was part of a larger cutback that threatened to end ferry service statewide starting in October. Lawmakers have backed off those operating-budget cuts, and now they are beginning to back away from the capital cuts as well.

The draft Senate capital budget preserves $25.3 million in the state’s vessel replacement fund for the Tustumena project and says that proceeds from the sale of any ferries should be deposited in the replacement fund.

The budget also adds $3 million for a project to add side-loading doors to the ferry Tazlina, which enters service this year, and the ferry Hubbard, which will begin sailing next year. The ferries were designed to be loaded from the bow, but the state never built the ferry terminals needed to use bow-loading doors.

According to figures from the nonpartisan Legislative Finance Division, the vast majority of this year’s capital budget is funded with $1.04 billion in federal cash. Only $173.9 million is direct state support. The rest is funded with fees and money from other state funds. The capital budget, alongside the operating budget and mental health trust budget, is one of three budget bills required to pass the Legislature each year.

Overall, the capital budget proposed in the Senate is about $150 million smaller than the one passed last year by the Legislature, according to Legislative Finance Division figures, with most reductions coming in decreased fee and other-fund support.

“The priorities of this capital budget are maximizing federal match, health and safety, reasonable deferred maintenance to take care of small problems before they become big problems later, access to our resources through bridges, roads, airports and ports,” said Shareen Crosby, a legislative staffer who presented the bill to the finance committee Friday.

Overall, the Department of Transportation will receive more than $1.05 billion of capital project funding, with three-quarters of that money dedicated to the state’s asphalt and concrete highways, according to budget documents. Another $220 million will go to airports.

The governor proposed spending $25 million on a new state visitor center south of Denali National Park and Preserve; the Senate proposal reduces that to $2.5 million for planning and design. Last year, lawmakers failed to pass a fee program that would allow tourism businesses to self-fund a joint statewide marketing campaign akin to what the Alaska Seafood Marketing Institute does for fish; this year, the capital budget includes $7.42 million for tourism marketing.

The budget also would allow the Alaska Gasline Development Corp. to raise up to $25 million to finish its federal pipeline permit process.

“There’s value in having a permit,” said Sen. Bert Stedman, R-Sitka. “It doesn’t mean you have a project.”

Stedman pointed out that if the project doesn’t at least finish the permitting phase, then the state will have spent hundreds of millions of dollars for nothing.