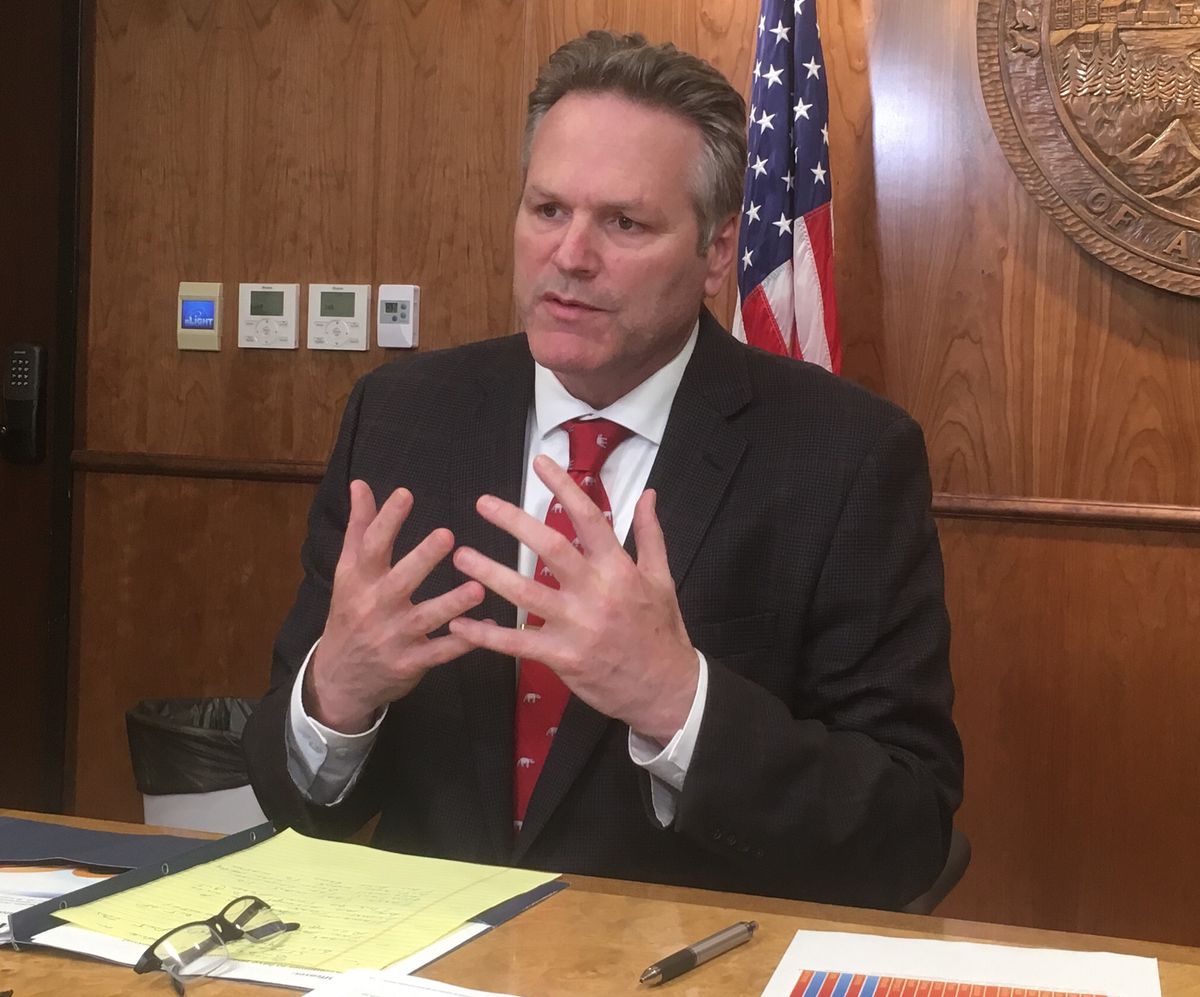 JUNEAU — Gov. Mike Dunleavy isn’t getting his four crime bills through the Legislature this year, but he’s willing to accept a compromise bill that will reach the floor of the House this week.

“If that bill stays intact, it’ll do the job for what we were looking for,” Dunleavy told reporters Monday in a brief press conference.

In 67 dense pages, House Bill 49 incorporates criminal justice legislation from the House, Senate and governor, in an omnibus effort to address a recent spike in crime rates statewide. Much of the legislation reverts criminal laws to what they were before 2016.

In that year, lawmakers passed a criminal justice reform law known as Senate Bill 91. Critics have blamed SB 91, which attempted to shrink Alaska’s prison population and cut correctional costs, for contributing to a spike in state crime rates.

At the start of this year’s legislative session, the governor urged lawmakers to repeal SB 91.

House lawmakers will have one last chance to amend HB 49 before its final passage, and the governor said he’ll be watching that process closely.

He said he’s heard rumors “there may be attempts by some to amend this bill on the floor in the House, to water this bill down, and if that’s the case, it doesn’t make Alaska safer,” he said.

Once the bill leaves the House, it will require Senate approval, but the Senate this year has been much more receptive to the governor’s anti-crime legislation than has the House.

“It’s our hope this is a compromise not just between the House and the governor but the House, the Senate and the governor to get this moving along the way. The people want to see a change, and that’s what this bill reflects,” said Rep. Tammie Wilson, R-North Pole in an interview Monday.

Wilson is co-chair of the House Finance Committee and shepherded the bill through her committee on Monday, sometimes putting the spurs to her fellow committee members when they asked for more time to consider amendments.

“We’re not taking a recess of 30 minutes,” she told Rep. Ben Carpenter, R-Nikiski, when he asked for time to examine a particularly lengthy amendment.

Speaking after the meeting, she said her committee needs to “give the Senate time to also be able to vet this bill.”

Speaker of the House Bryce Edgmon, I-Dillingham, said the bill will be in front of the full House on Tuesday or Wednesday.

That would leave only a week for the Senate to hear the bill on committee and vote upon it before the end of the regular session.

Not everyone in the finance committee is happy with the process or the compromise.

“This has been a real rushed, rushed process, and I don’t think it’s fair to legislators or our constituents,” Sullivan-Leonard said.

She said she preferred the governor’s original approach, which had separate bills for different areas of the criminal justice system.

“I would’ve rather seen bills that are broken down into specific areas of criminal law, much as the governor had with his crime bills,” she said.

Merrick also said she would have preferred the governor’s original approach.

“My district is asking me to be tough on crime, and that’s what I plan on doing,” she said.