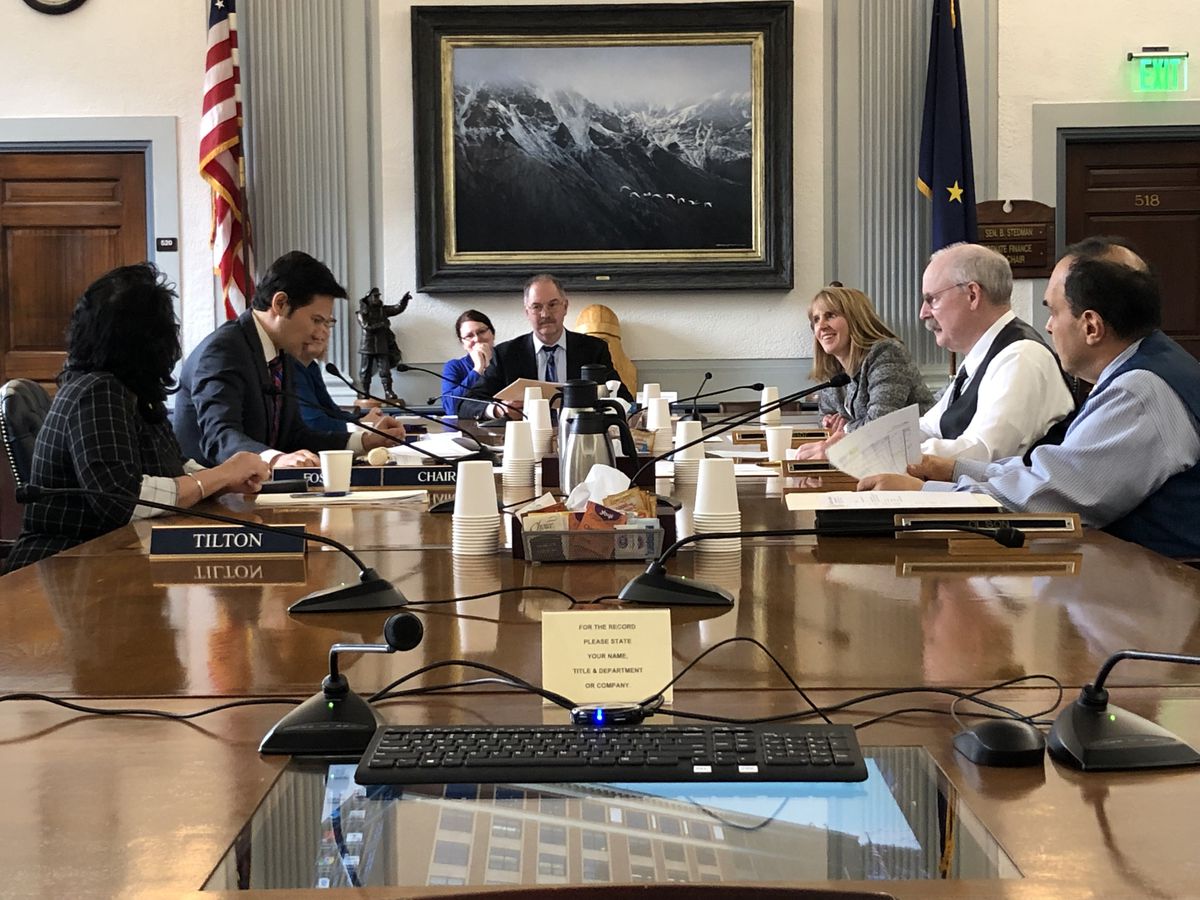 JUNEAU — The first regular session of the 31st Alaska Legislature is scheduled to end Wednesday, and lawmakers believe they can resolve the major issues that stand between them and an on-time finish.

What they don’t know is how they will resolve those issues — the state budget, anti-crime legislation, and the amount of the Permanent Fund dividend.

“That is sort of the $64,000 question, as they say at the moment,” Speaker of the House Bryce Edgmon, I-Dillingham, said of the dividend during a Friday session with reporters.

While other legislation will appear on the docket between now and adjournment, those three items are the biggest obstacles between lawmakers and the finish line.

“There’s nothing else besides the crime bill and the budget and the decision on the PFD,” said Rep. Dan Ortiz, I-Ketchikan.

“The goal is to get out on Wednesday, and I feel somewhat optimistic. I’m not going to say fully optimistic because the decisions in front of us are difficult,” Edgmon said Friday.

House Bill 49, an anti-crime bill that incorporates ideas from the governor, House and Senate, is now in the Senate after passing the House 24-14 on Wednesday.

The Senate is expected to take a harder line on crime than the House, but some House lawmakers — particularly in the coalition majority — are wary of increasing prison terms without also improving access to drug treatment and job training for convicts. Those improvements are seen as necessary to reduce the number of criminals who commit new crimes after their release from prison.

“The big issue will be concurrence on the other side,” Senate President Cathy Giessel, R-Anchorage, said Saturday afternoon, speaking about whether or not the House will agree to the Senate’s changes.

[More coverage of Alaska politics and the Legislature]

HB 49, as currently written, does not include improvements to drug treatment, and lawmakers acknowledge that oversight will be addressed in a followup bill next year.

This year, the focus has been on preserving a compromise that satisfies House, Senate and governor.

“If that bill ends up in conference committee, that will be problematic to getting out of here on time,” said Rep. Chuck Kopp, R-Anchorage, the chairman of the House Rules Committee.

House and Senate have passed different versions of the state’s operating budget, and a joint House-Senate conference committee has already met twice to come up with a compromise version. Thus far, the meetings have dealt with relatively uncontroversial items. The most noteworthy decision so far has been an agreement to not cut state support for public radio and TV broadcasting.

More difficult decisions await, including cuts to the state ferry system, University of Alaska, and Medicaid funding within the Department of Health and Social Services. The conference committee also must decide how to pay for oil and gas subsidies owed to North Slope drillers under a now-defunct program.

The conference committee has been meeting daily at 3 p.m., and the next meeting has been tentatively scheduled for Sunday afternoon.

The state’s capital budget, used for construction and renovation projects across Alaska, passed the Senate 20-0 on Friday and is in the hands of the House Finance Committee, which will consider it Monday before advancing it to a vote of the full House either Tuesday or Wednesday.

“The capital budget shouldn’t have a lot of issues. The House will probably have some things they’d like to put in there, but there’s just no money,” Giessel said.

House and Senate have agreed that there should be no cuts to K-12 public schools funding next year, but the governor has objected to the way lawmakers funded schools last year for next year.

Afterward, Giessel said lawmakers haven’t changed their position. Asked if she’s worried by the possibility that the governor could veto the budget or call lawmakers into special session over the idea, Giessel said that’s out of lawmakers’ hands.

Along with crime legislation, the biggest unresolved issue this session is the amount of this year’s Permanent Fund dividend. The House budget contains fiscal room for a dividend of about $1,200 but does not explicitly set an amount. The Senate budget explicitly sets an amount — about $3,000, depending upon how many people are eligible — but does not have funding for that dividend.

Lawmakers would need to come up with $1.2 billion from savings in order to pay that larger amount, which would be paid according to the traditional formula supported by the governor.

On Friday, members of the House majority said they were unwilling to spend from savings to pay for that larger dividend.

“In terms of the PFD, it’s yet to be determined how that works out,” Giessel said.