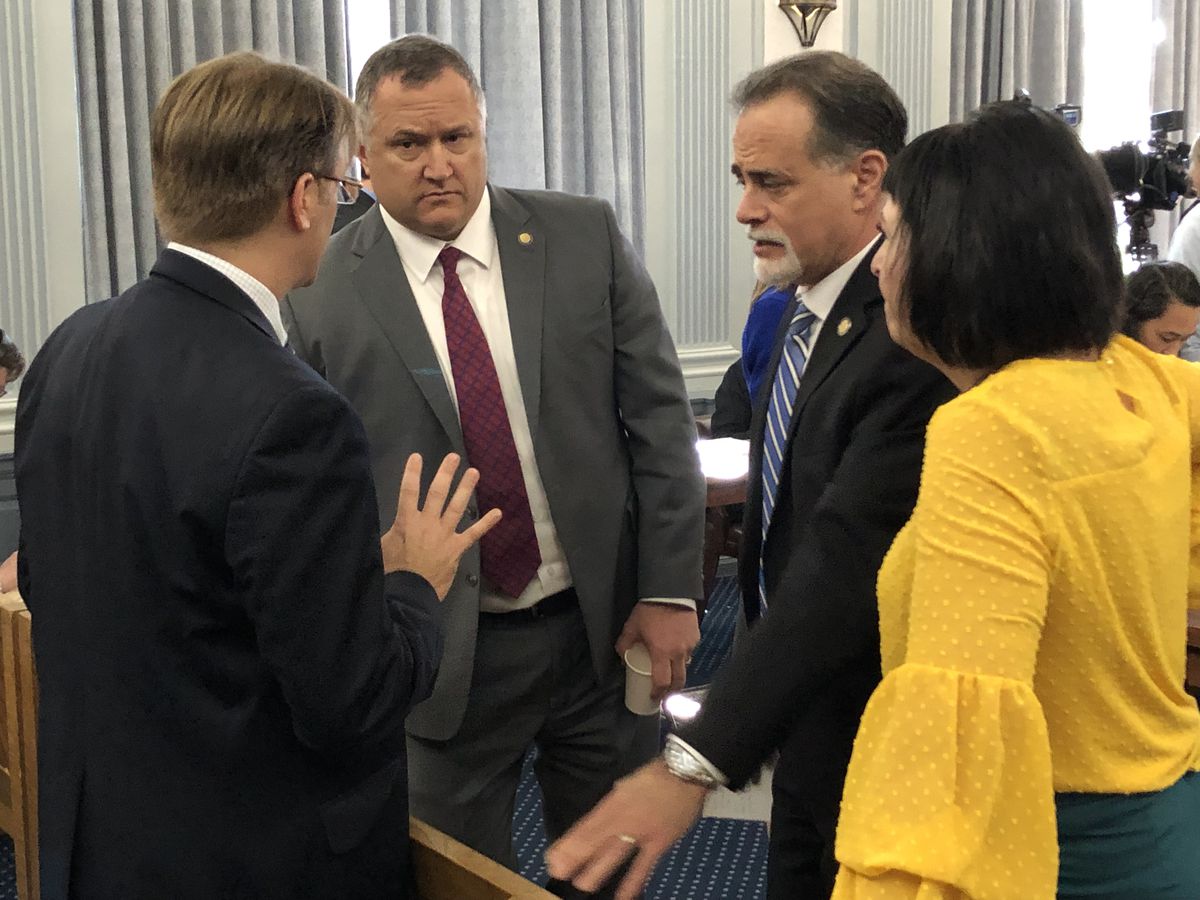 JUNEAU — A second drug arrest means a felony under a sweeping rewrite of anti-crime legislation headed to a vote of the Alaska Senate on Monday.

“It’s a very positive thing. I’m hopeful that this passes on the Senate floor, that the House concurs and that the governor signs it into law,” said Deputy Attorney General John Skidmore about the changes.

HB 49 passed the House 24-14 on Wednesday and faces a vote of the full Senate after being strengthened in the hands of senators who have spent much of the legislative session vetting its pieces.

Draft fiscal notes accompanying the legislation suggest it will cost at least $40 million per year to implement and result in the reopening of the state prison in Palmer, which closed after SB 91 became law.

Passed in 2016, Senate Bill 91 changed many aspects of the state’s criminal justice system in an effort to shrink Alaska’s prison population and cut prison costs. Critics say it has contributed to a surge in crime, and lawmakers have acted on that criticism.

Gov. Mike Dunleavy proposed four major anti-crime bills at the start of the legislative session: Three were designed to roll back components of SB 91, and the fourth was designed to create new sex crime laws. HB 49 includes parts of all of the governor’s bills, ideas from the House, and suggestions from the Senate.

Some of the biggest changes brought by HB 49 involve criminal sentencing. The Senate’s version of the bill increases jail terms for most misdemeanors and all felonies except first-time C felonies, the least-serious felonies.

When it comes to simple possession of illegal drugs, HB 49 would make a second drugs arrest a felony. The House version of HB 49 needed a third arrest to warrant a felony. Either would be a significant increase in punishment from current law.

“Our current law says that a person convicted of possession is always a misdemeanor,” Skidmore told lawmakers.

Under Senate Bill 91, most nonviolent crimes, such as drugs possession, became subject to lower penalties under the idea that those criminals needed treatment, not prison.

“That’s not actually the way that it’s worked out,” Skidmore said.

State officials testified last week in the House Finance Committee that there are waitlists for most treatment beds and for the evaluation process that’s needed to get access to treatment.

In addition, Skidmore said, the state found that property crime accelerated under the SB 91 system because criminals who might have been arrested for drugs possession were instead free to steal items to feed their addiction.

That increase in crime led to calls for tougher sentences, though not everyone in the Legislature agrees that is an effective solution.

“What I can say is what I’ve consistently heard from the public: The problem is not the laws,” said House Judiciary Chairman Matt Claman, D-Anchorage, on Sunday.

Though Claman did not appear in the Senate Finance Committee, lawmakers modified an original draft that would have made first-time drugs possession a felony. Sen. Bill Wielechowski, D-Anchorage, introduced the amendment to make the second arrest a felony instead.

It was accepted with unanimous consent by all members of the committee.

“I just don’t want to put somebody in a hole they can never get out of,” said Sen. Click Bishop, R-Fairbanks, in accepting the amendment.

Not everyone was happy with that decision.

The Senate’s version of HB 49 is expected to pass the Senate by a wide margin on Monday. That leaves the House to decide whether it will accept or reject the Senate’s changes. On Friday, House Rules Chairman Chuck Kopp, R-Anchorage, warned that if the House rejects those changes, requiring negotiations on a compromise, lawmakers might not finish the session on time.

The leaders of the coalition House majority did not immediately respond to a question seeing comment from a spokesman, and Senate Majority Leader Mia Costello, R-Anchorage, said she had heard no comment either.

Claman said he could not speak on behalf of the majority leadership, but House lawmakers had been explicitly promised by Gov. Mike Dunleavy that he would support the version of the bill that came out of the House.

“The governor and his staff have not followed through on their pledge,” Claman said. “It’s pretty hard to reward somebody who by all appearances is not negotiating in good faith.”