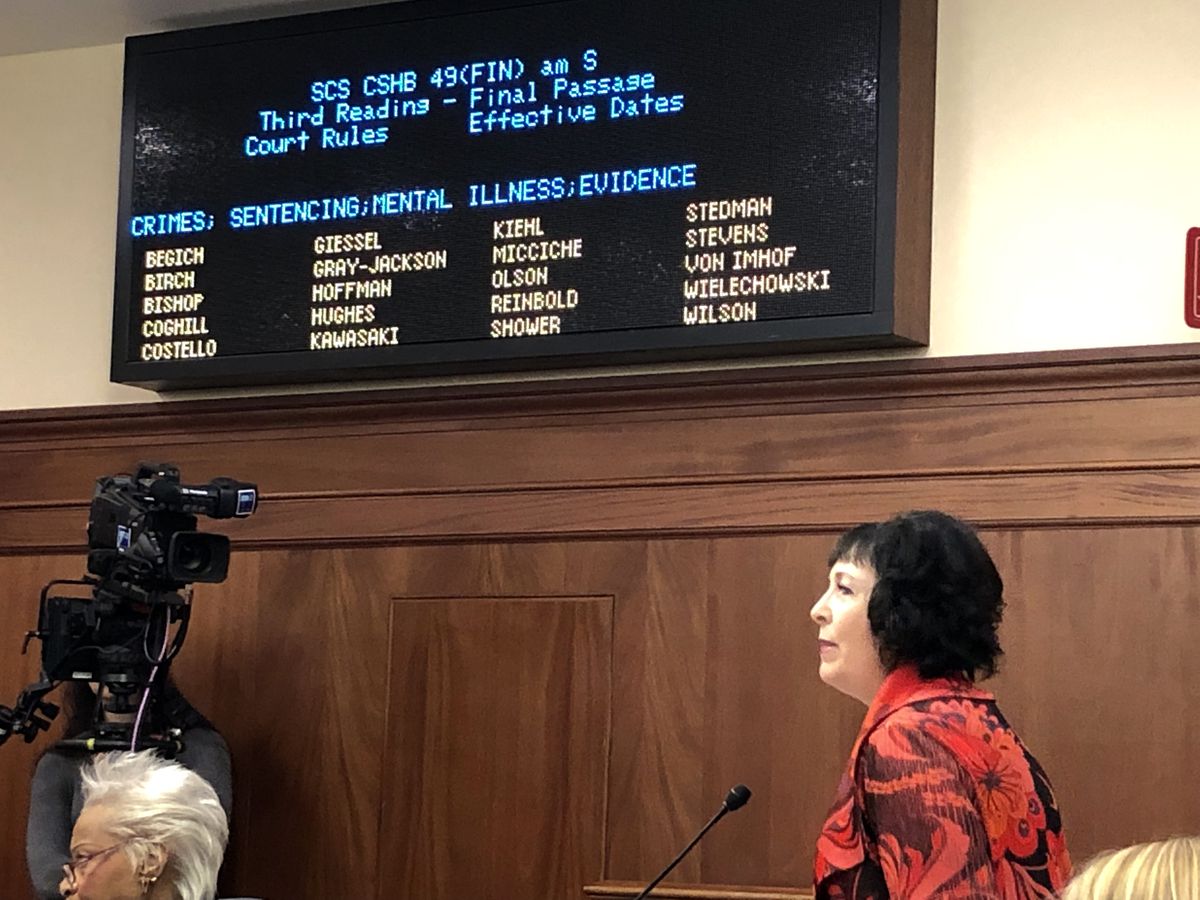 Sen. Shelley Hughes, R-Palmer and the chair of the Senate Judiciary Committee, speaks in favor of House Bill 49 on the floor of the Alaska Senate on Tuesday, May 14, 2019. (James Brooks / ADN)

Sen. Shelley Hughes, R-Palmer and the chair of the Senate Judiciary Committee, speaks in favor of House Bill 49 on the floor of the Alaska Senate on Tuesday, May 14, 2019. (James Brooks / ADN)

JUNEAU — The Alaska Senate voted 19-0 Tuesday to approve tough new criminal sentences and broad changes to the state’s criminal justice system that repeal most of the remaining sections of the criminal justice reform law known as Senate Bill 91.

“This, is in my view, is a complete repeal and replacement of Senate Bill 91. In several sections, it actually goes further,” said Sen. Peter Micciche, R-Soldotna.

The repeal law, known as House Bill 49, returns to the House for final approval. The House approved a different version of the law, and members of the House must decide whether or not to approve changes made by the Senate.

If there are not sufficient votes in the House to approve those changes, House and Senate would likely convene a conference committee to come up with a compromise between the two versions of the bill. House Rules Committee chairman Chuck Kopp, R-Anchorage, said last week that if a conference committee is needed, it is unlikely that lawmakers will be able to finish the regular legislative session on time. Wednesday is the scheduled end of the session.

On Monday, it was not immediately clear whether the House had the 21 votes necessary to concur with the Senate’s changes.

If the House agrees to the changes, the bill will go to Gov. Mike Dunleavy, who is expected to sign it.