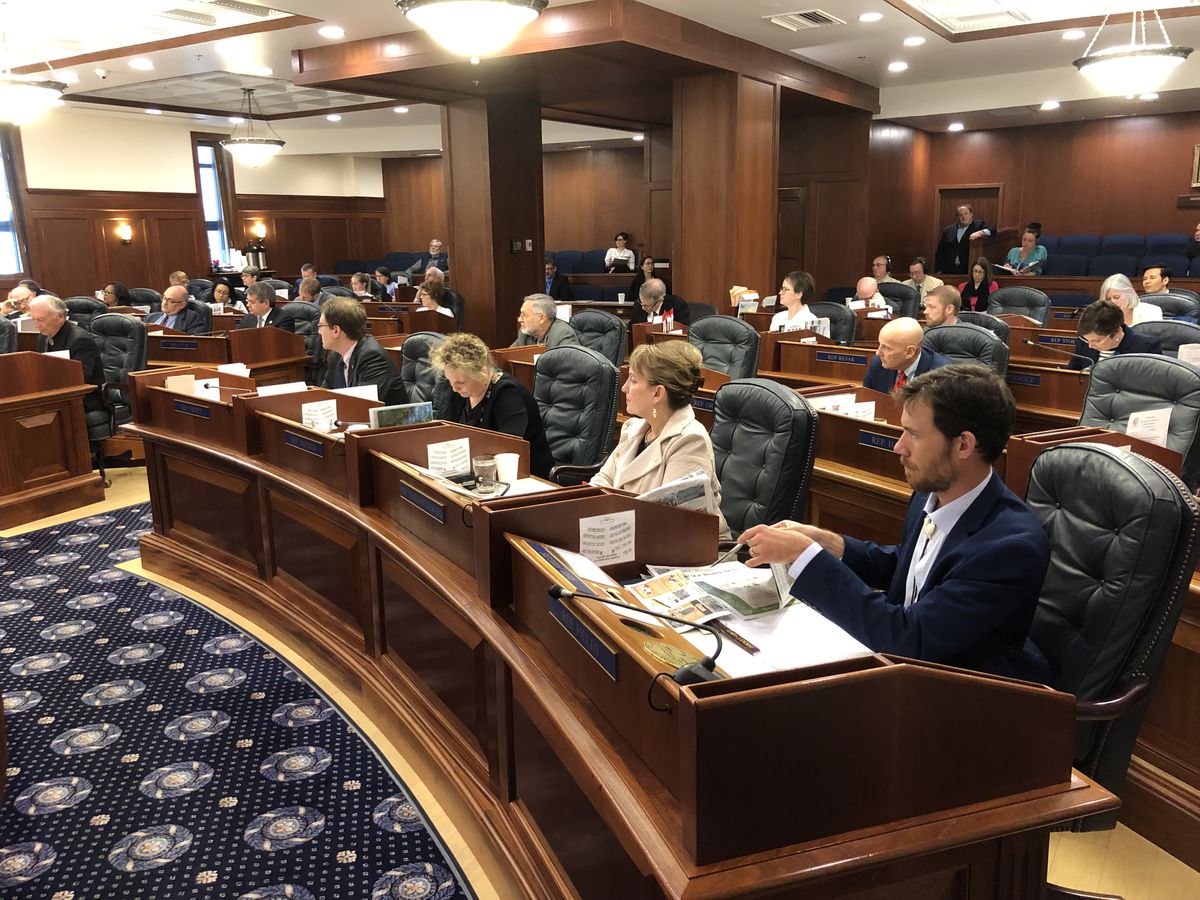 JUNEAU — The Alaska House of Representatives voted 22-15 Sunday in favor of a compromise state operating budget that would avert a July 1 statewide government shutdown.

The compromise, with the draft completed by House and Senate negotiators Saturday night, must also be approved by the Senate (which has scheduled a Monday vote) and the governor to be final.

The budget does not include a Permanent Fund dividend; House and Senate lawmakers expect separate legislation to set that amount.

“The PFD is being addressed in another bill,” said Rep. Neal Foster, D-Nome and co-chairman of the House Finance Committee.

A state operating budget is needed to keep government services operating past July 1, the start of the fiscal year.

Splitting the Permanent Fund issue from the rest of the operating budget was key to breaking a legislative logjam, but not all lawmakers are happy with that approach.

Rep. Gabrielle LeDoux, R-Anchorage, said she’s been repeatedly told that the dividend will come up in a separate bill, but “Waiting for that bill is a little like waiting for Godot, Mr. Speaker.”

Foster, explaining the compromise to lawmakers, said negotiators — three from the House and three from the Senate — considered more than 270 differences between draft budgets approved by the different bodies. Among 19 key points mentioned by Foster:

• $10.6 billion will be transferred from the earnings reserve of the Alaska Permanent Fund to the fund’s corpus, preventing lawmakers from spending it without approval of voters statewide;

• The budget of the Alaska Marine Highway would be cut $44 million;

• The University of Alaska will receive $5 million less state support;

• Spending in the Department of Health and Social Services will be down $78 million;

• 100 percent of the school bond debt reimbursement program has been funded, an action that should prevent some hikes to local property taxes.

Preliminary figures from the nonpartisan Legislative Finance Division, crime-bill fiscal notes created by the Dunleavy administration, and actions taken Saturday night by negotiators indicate operating-budget spending would be down about $140 million from the current fiscal year.

While those cuts are not as large as the ones proposed by Gov. Mike Dunleavy earlier this year, they represent one of the largest year-over-year decreases in recent history.

In an email sent Sunday afternoon about the compromise budget, the governor said through press secretary Matt Shuckerow, “By removing the PFD from the budget, the Legislature must answer the question: Will they now stop treating the PFD as a political football?”

The governor said he is “optimistic” the Legislature will pass Senate Bill 1002, which calls for a $3,000 dividend paid using the traditional formula in state law.

"The Senate and the House both need to follow the law in place for the past 37 years. I am thankful for the progress so far, but the Legislature’s job is not done until they follow the law and approve a full PFD,” the governor’s statement said.

If SB 1002 is approved by the Senate, Edgmon said it would be referred to the House Finance Committee. It is not clear whether it would receive a vote in the House. The coalition majority has not allowed a floor vote on a traditional dividend this year.

“They have absolutely been trying to avoid the conversation,” said House Minority Leader Lance Pruitt, R-Anchorage.

Such a working group would not be created unless the Senate also agrees.

In addition to work on the Permanent Fund dividend, lawmakers have yet to finish the state’s capital construction and renovation budget. A draft of that budget has passed the Senate and is now in the House Finance Committee. Passing that budget before July 1 is not necessary to avoid a government shutdown. Two years ago, the Legislature approved a capital budget in late July.

Edgmon said Sunday afternoon that he expects the finance committee to approve a version of the capital budget in the first half of the week, allowing the Senate to consider any changes before the special session reaches its deadline Friday.