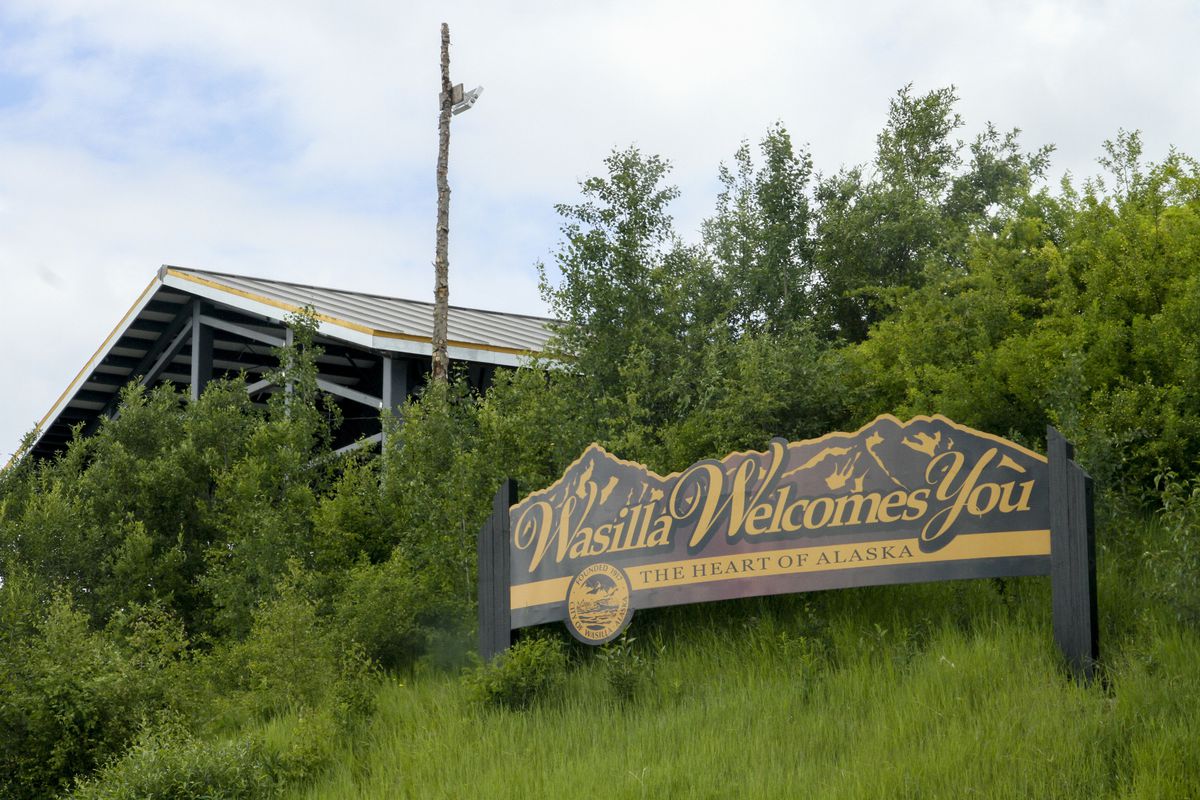 This June 14, 2019, photo shows a Wasilla sign on the outskirts of Wasilla, Alaska. (AP Photo/Mark Thiessen)

This June 14, 2019, photo shows a Wasilla sign on the outskirts of Wasilla, Alaska. (AP Photo/Mark Thiessen)

JUNEAU — A dispute over the location of the Alaska Legislature’s second special session of 2019 continued to escalate Wednesday with dueling legal opinions, the threat of court action, and pledges by some lawmakers to meet in Wasilla despite plans by Legislative leaders.

While Gov. Mike Dunleavy has issued a proclamation saying that lawmakers shall meet July 8 in Wasilla to discuss this year’s Permanent Fund dividend, the leaders of the Alaska Legislature said earlier this week that they will instead meet in Juneau and Anchorage, defying a state law that allows the governor to select the location of a special session.

If lawmakers cannot settle their disagreement over the special session, they will be unable to finish work on the state’s capital budget, endangering hundreds of millions of dollars for road construction projects statewide. In addition, the amount of this year’s dividend is unresolved and still awaits legislative approval. The capital budget must be finished by the end of July to avoid consequences, and the dividend amount must be set by mid-August to avoid delays in this year’s payment.

Laying out the legal arguments

In a message Monday, Speaker of the House Bryce Edgmon, I-Dillingham, and Senate President Cathy Giessel, R-Anchorage, said they would convene the Legislature’s special session in Juneau, with financial meetings in Anchorage, because of cost and access concerns. State law allows the governor to specify a location for any special session he calls, but Edgmon and Giessel said that law is unconstitutional.

In a memo dated June 25, Legislative Legal Services director Megan Wallace outlined the Legislature’s legal arguments. There are three reasons the Legislature, not the governor, can determine the location of a special session, Wallace wrote:

-- The Constitution does not grant the governor the power to select a location;

-- The Constitution states that Juneau is the capital, and therefore the Legislature should meet there unless lawmakers decide otherwise;

-- The separation of powers doctrine, plus previous rulings by the Alaska Supreme Court, means the Legislature does not have to comply with laws that affect the rule-making power of the Legislature.

“I think there’s an argument that that law goes beyond the scope of what’s allowed in the constitutional description," Rep. Andy Josephson, D-Anchorage, said Tuesday.

Josephson is an attorney and, after reading the memo, said of the location law, “You could have a heck of an oral argument in a court deciding the legality of it.”

In 1982, lawmakers approved legislation that says in part, “The governor shall designate the location (of the special session) in the proclamation."

But Wallace contends that the 1982 law never waived the Legislature’s authority to pick its own location.

“It seems evident to me ... the Legislature did not contemplate a scenario, like here, where the governor would designate a location in a special session proclamation absent an agreement with the Legislature,” she wrote.

In an interview with reporters Wednesday afternoon, Alaska Attorney General Kevin Clarkson said, “the law in Alaska is clear, as far as I’m concerned.”

He has advised the governor that “he can designate where that special session can be held.”

The session could be held in Tok or alongside the highway, Clarkson said.

The state constitution prohibits the governor from filing suit against the Legislature, and with that in mind, Clarkson said he has advised the governor that there are three options if lawmakers continue to reject the governor’s proclamation:

-- The governor could allow them to meet in Juneau and Anchorage;

-- He could wait to see if a private citizen files suit against the Legislature;

-- or the governor could file a suit against individual lawmakers under Article III, Section 16 of the state constitution.

That section says the governor may “enforce compliance with any constitutional or legislative mandate.” While that section specifically prohibits “any action or proceeding against the Legislature,” Clarkson said he believes it does not prohibit lawsuits against individual lawmakers.

Under that scenario, the governor could seek a court order requiring lawmakers to attend a Wasilla special session. If lawmakers still decline, he could then order state troopers to detain missing lawmakers and force them to attend.

Clarkson said the final decision will be up to the governor, who was meeting with President Donald Trump during the interview.

Dunleavy press secretary Matt Shuckerow said the governor will make a statement “in the near future.”

Some in Wasilla, some in Juneau

Though the dispute remains unresolved, some lawmakers have already pledged to avoid Juneau in favor of Wasilla when the special session begins July 8.

“I’d be very surprised if anyone from the Mat-Su delegation wasn’t there,” said Rep. David Eastman, R-Wasilla, about meeting in Wasilla.

[Why not Wasilla for a second special session? Legislators cite cost, accessibility]

The 15-member Republican House minority has consistently supported Dunleavy’s position on this year’s Permanent Fund dividend — the sole item on the special session agenda — but House Minority Leader Lance Pruitt, R-Anchorage, said Wednesday that his group doesn’t yet have a unified position on missing Juneau in favor of Wasilla.

“I’m inclined at this point to more likely be out in Wasilla,” he said.

“The only thing that would prevent me from not being up there personally is to whether or not I need to make sure they don’t pull some kind of crazy stunt down in Juneau,” he said. “I don’t know what that stunt could be.”

Some members of the Alaska Senate are also expected to be in Wasilla on the 8th. Sen. Shelley Hughes, R-Palmer and co-chairwoman of the Legislature’s nine-member Mat-Su delegation, said she will be. Senate Minority Leader Mia Costello, R-Anchorage, has sided with the governor on the dividend issue but said she’s still “thinking it over” when asked where she will be. Sen. Peter Micciche, R-Soldotna, also supports the governor’s position on the dividend but said he likely will be in Juneau even though he prefers Wasilla.

The majority of lawmakers will be in Juneau on the 8th, barring a change in opinion by the House and Senate leadership, and those in attendance at Wasilla will not have a quorum — the minimum number of members needed to call a session into order.

Regardless of the outcome, some lawmakers believe the issue is a distraction from the issues the session is intended to address.

Sen. Bill Wielechowski, D-Anchorage, said in a Tuesday interview that he previously supported moving the special session to Anchorage or Juneau.

“I just want to get our work done. I think the public’s getting really frustrated,” Wielechowski said.