Gov. Dunleavy to announce vetoes and sign budget on Friday 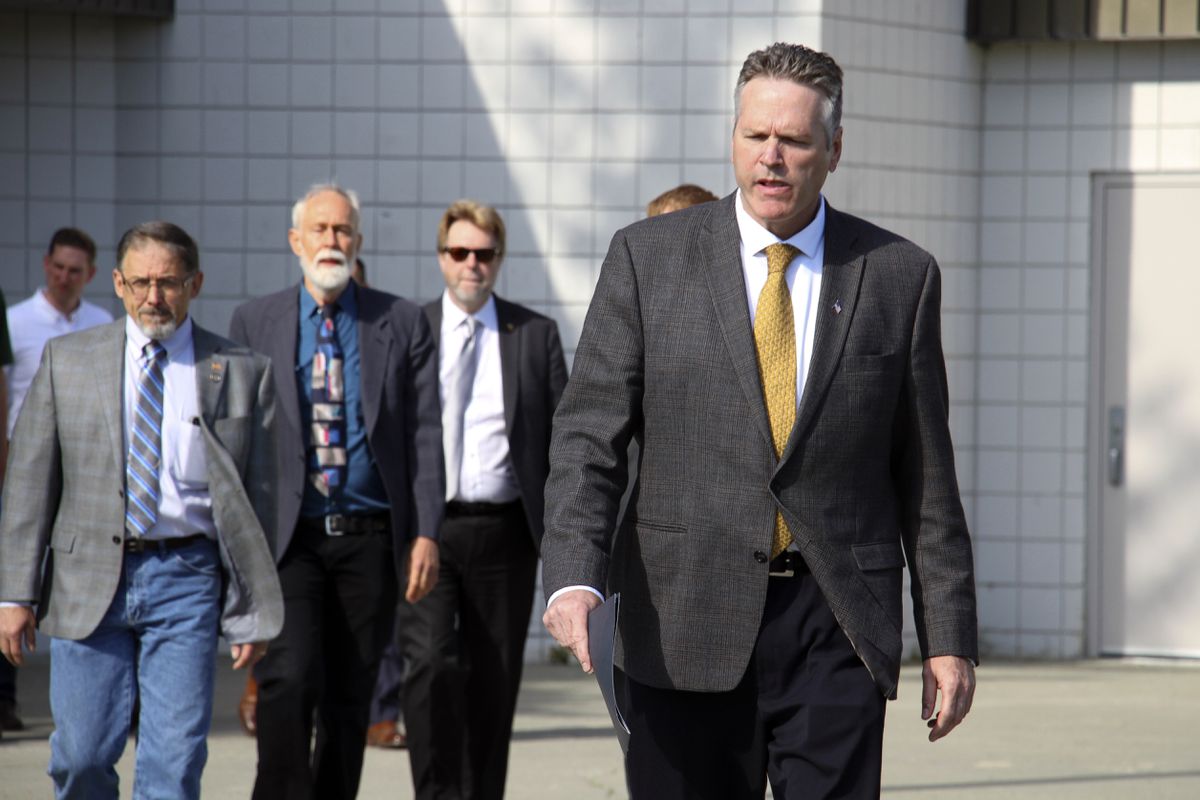 JUNEAU — Gov. Mike Dunleavy will announce his plans for budget vetoes at 11 a.m. Friday, according to a message issued Thursday from the governor’s office.

According to the message, the governor will hold a press conference at 11 a.m. “to announce the signing of the FY2020 operating budget with a series of line-item vetoes to better align state revenues and expenditures.”

July 1 is the start of the state’s fiscal year, and Alaska’s state government would shut down without a completed operating budget.

The operating budget approved by legislators earlier this summer has a surplus of about $600 million, but that doesn’t include spending on this year’s Permanent Fund dividend. The traditional dividend formula requires $1.9 billion. Lawmakers and the governor are divided about whether to follow the traditional formula or to reduce the payment in order to preserve state savings accounts.

Alaska’s constitution allows a governor to reduce or eliminate specific line items in the state’s budget, and Dunleavy is expected to use that power to eliminate services so more money is available for the dividend.

The administration has not revealed what will be vetoed: That will be part of Friday’s announcements.

The Alaska Legislature may override any vetoes approved by the governor, but doing so requires three-quarters of the Legislature’s 60 members to agree.

Regardless of the Legislature’s actions on vetoes, this year’s budget work is not finished.

The state’s annual construction and renovation budget, known as the capital budget, remains incomplete. The amount of this year’s Permanent Fund dividend also has not yet been set. Lawmakers and the governor expect to begin a special session July 8, and the issue of the dividend is the sole item on the agenda. The governor has indicated that he is willing to amend the agenda and allow lawmakers to consider the capital budget if they agree on a dividend amount.