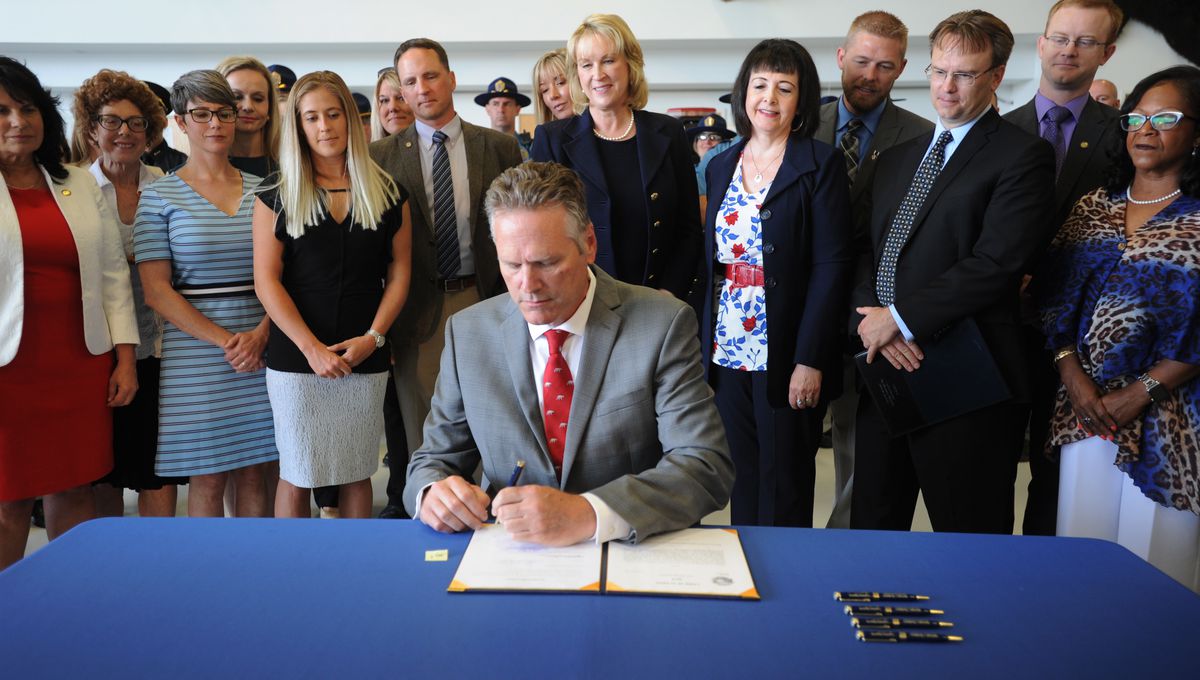 In a ceremony Monday in a Lake Hood airplane hangar, Alaska Gov. Mike Dunleavy fulfilled a campaign promise by signing legislation that repeals and replaces much of the criminal justice reform effort known as Senate Bill 91.

That legislation, approved by the Legislature in 2016 in an effort to reduce the number of criminals who return to prison after release, has been blamed for contributing to a surge in crime statewide. As a candidate for governor, Dunleavy pledged to introduce legislation to fully repeal it. It had already been modified by the Alaska Legislature several times.

Dunleavy’s initial attempt faltered in the Alaska House, and lawmakers didn’t finish a compromise repeal-and-replace plan until a special session began in May.

The resulting legislation, House Bill 49, increases prison sentences for lesser and nonviolent crimes. The state expects to put many more people in prison, and for longer terms, increasing costs.

Thus far, funding for those increased costs has not been approved because of the Alaska Legislature’s unfinished work on the state’s capital budget.

The governor refused to answer questions about the bill during the bill signing, but Deputy Attorney General John Skidmore said afterward, “We certainly do need to get that funding in place to ensure the bill can be the most effective.”

The Alaska chapter of the American Civil Liberties Union criticized the signed bill as “legislation that returns Alaska to broken criminal justice policies that failed to reduce crime or keep Alaskans safe.”

The ACLU said the bill “is bad policy, fraught with attacks on the rights and protections guaranteed to all Alaskans under the U.S. and Alaska constitutions,” and as a result of those attacks, “our elected leaders have all but guaranteed drawn-out and costly litigation against the state over parts of the bill.”