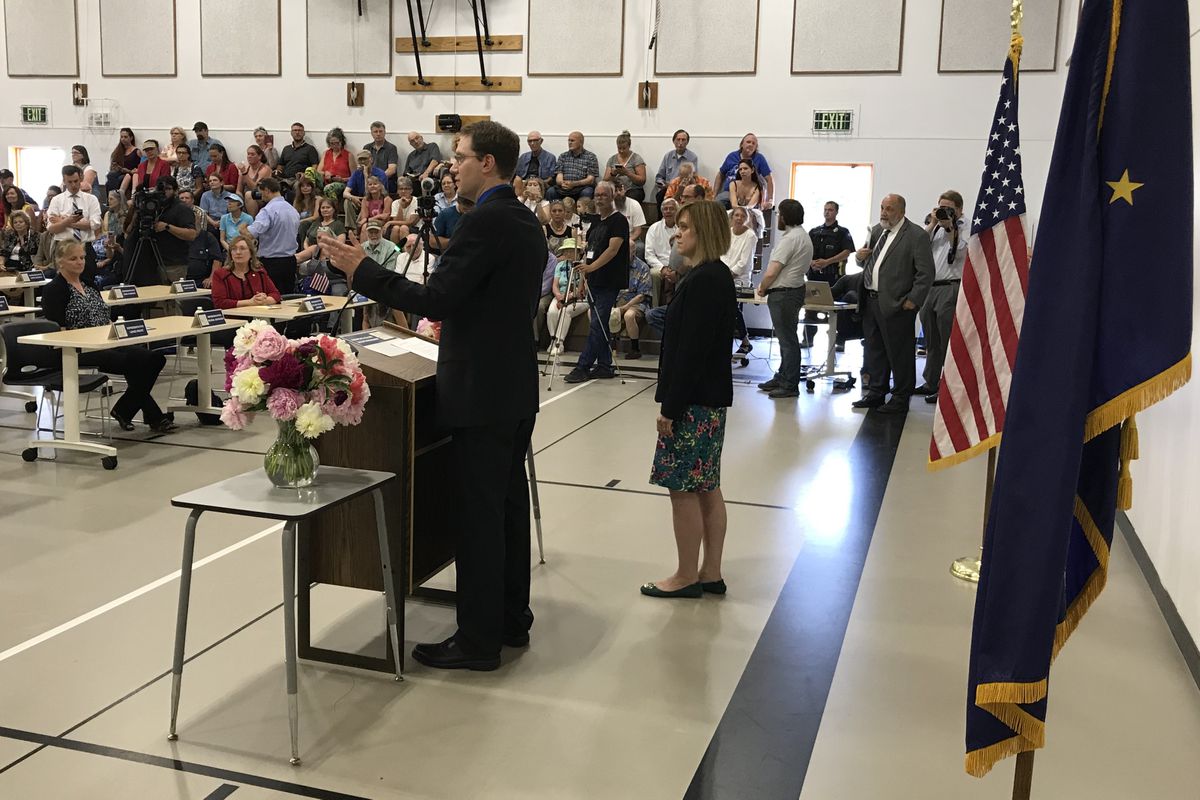 A Fairbanks judge denied expedited consideration Friday of a lawsuit that seeks to force Alaska state legislators in Juneau to comply with the governor’s directive to convene a special session in Wasilla.

Al Vezey, the former North Pole representative who brought the lawsuit, said that without expedited consideration, he doesn’t believe the suit can work its way through the court system before the end of the special session. He had asked for a court order forcing lawmakers to go to Wasilla.

“I think that that is an astronomically low probability," Vezey said in a phone interview Saturday.

The lawsuit targets House Speaker Bryce Edgmon, I-Dillingham, and Senate President Cathy Giessel, R-Anchorage, both of whom led sessions of the Legislature in Juneau this week despite a proclamation from Gov. Mike Dunleavy directing lawmakers to convene in his hometown of Wasilla. A smaller group of Republican lawmakers followed the governor’s directive, and the Legislature has been split between the two cities since Monday.

Lawmakers in the House of Representatives have scheduled a series of meetings each day beginning Monday. From 2 to 7 p.m. Monday, Tuesday, Wednesday and Thursday, legislators will hear testimony about House Bill 2001, a proposal to pay a $1,600 Permanent Fund dividend this year.

Foster was referring to the $444 million vetoed from the state’s operating budget by Dunleavy in June. The Alaska Legislature failed to override that decision last week.

Foster went on in his column to say that the bill being considered by the committee, though currently only about the dividend, is an appropriations bill.

The finance committee may rewrite HB 2001 before it reaches a vote of the full House. Twenty-one votes in the House and 11 in the Senate are necessary to pass legislation, and the governor maintains the power of veto. Forty-five votes are necessary to override a gubernatorial veto. There were 37 in favor of a budgetary veto override on Wednesday.

“The plan is to spend the week pushing the new appropriations bill through committee and on to the floor. We are hopeful that we can win over eight legislators for another override vote or reach a compromise with the governor,” he wrote.

The special session currently convened by Dunleavy has only one item on its stated agenda: this year’s Permanent Fund dividend. Lawmakers cannot consider other items unless they have a two-thirds supermajority of the Legislature’s 60 members.