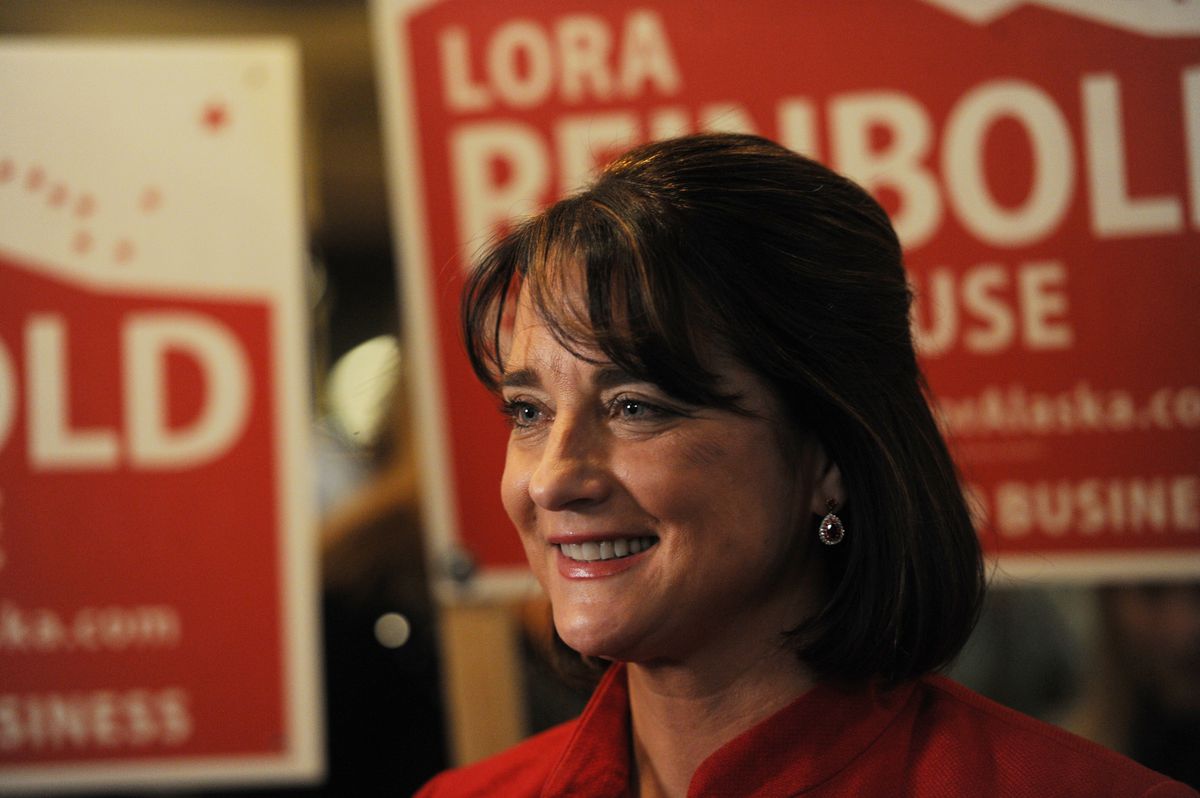 Lora Reinbold at the Republican Party of Alaska gathering at the Top of the World restaurant at the Hilton Anchorage on Nov. 8, 2016. (Bill Roth / ADN archive)

Lora Reinbold at the Republican Party of Alaska gathering at the Top of the World restaurant at the Hilton Anchorage on Nov. 8, 2016. (Bill Roth / ADN archive)

Three of Alaska’s largest Native organizations have called on state Sen. Lora Reinbold, R-Eagle River, to publicly retract statements she made recently on Facebook that they described as ill-informed and inflammatory.

“Senator Reinbold we respect you as (an) elected public official. However, the position comes with a wide platform that requires the responsible dissemination of information,” reads the letter, which is signed by Alaska Federation of Natives president Julie Kitka; Alaska Regional Association executive director Kim Reitmeier; and Alaska Native Village Corporation Association executive director Hallie Bisset. “Your July 11 Facebook post failed to meet this standard. We urge you to study the other sides of the issues you raised, and to consider updating your Facebook post.”

Reinbold’s original post — which has since been modified — questioned Alaska Native corporations, which she claimed receive state and federal subsidies yet fail to care for Alaska Natives.

“Why do these corporations (that were given tremendous money and land, basically free, partly to help allow the oil pipeline to be built) need so many state subsidies still?” Reinbold wrote. “Are the native corporations taking care of the native people as they agreed to? How much in taxes do they pay to the state coffers with the billions of dollars of revenue they generate? Unlike the average citizen, the Regional corps get rights to resources below their land.”

Reinbold later updated the post by removing the words “basically free,” changing “state” to “state/federal” and changing “as they agreed to” to “as they should.” She also added an “addendum” in which she said she admitted a lack of knowledge on the complicated Native claims laws passed by Congress in the 1970s.

“I didn’t intend to offend anyone,” she wrote. “Yes I admit I was young when (ANCSA) and ANILCA took place -- my history is rusty.”

She went on to say her questions were valid in light of the fact Native corporations have “entered into our budget battle publicly” and that many Alaskans have questions about “Native rights/privileges 8A contracts and equal protections for all regardless of race.”

“When powerful wealthy native corporations go public and claim to still need state (and federal) subsidies, its our responsibility to ask tough questions- even when we are chided. Every dollar government spends was taken from the private sector and should be prioritized, spent wisely and accounted for,” she wrote.

On Tuesday, Reinbold she had already corrected her post and was too busy with ongoing budget negotiations to comment further.

“That’s a discussion for another day,” she wrote in a text message. “Today we must focus (on) funding PFD and crime bills and get a capital budget.”

In their letter, the three Native groups said they receive no subsidies from the state, and that there is no agreement in the 1971 Alaska Native Claims Settlement Act requiring them to provide social services to Native people — though they do, indeed, provide a variety of services through a variety of charitable organizations.

“Native corporations improve the life outcomes of Alaska Natives through affiliated and non-affiliated non-profits,” they wrote in the letter, which was also sent to the Alaska State Senate and Alaska House of Representatives. “ANCs do this because of a strong sense of pride in Native ownership and corporate responsibility. This does not, however, abdicate the State’s Article VII constitutional responsibilities to provide for the public education, public health, and public welfare of Alaskans, including Alaska Natives.”

The letter went on to criticize Reinbold’s assertion Native corporations were given land “basically free,” a statement the groups called “incorrect and inflammatory.” Instead, the letter says the corporations — which were created under ANCSA — received $947 million from the U.S. government in exchange for relinquishing their aboriginal rights to the land.

When signed into law, ANCSA divided Alaska into 12 regions and settled Alaska Native land claims by creating a system of regional corporations made

The native corps entered into our budget battle publicly- its fair to ask questions. Why do these native corporations...

up of shareholders from local villages and tribes. The settlement paid Alaska Natives nearly $1 billion, with the regional and village corporations selecting some 44 million acres of land with which to start their companies.

According to the Alaska Resource Development Council, Alaska’s Native corporations now employ 58,000 people worldwide, including 16,000 in Alaska. The corporations include some of Alaska’s largest, including Utqiagvik-based Arctic Slope Regional Corp., which employs 12,000 people around the world and is the state’s largest Alaska-owned company.