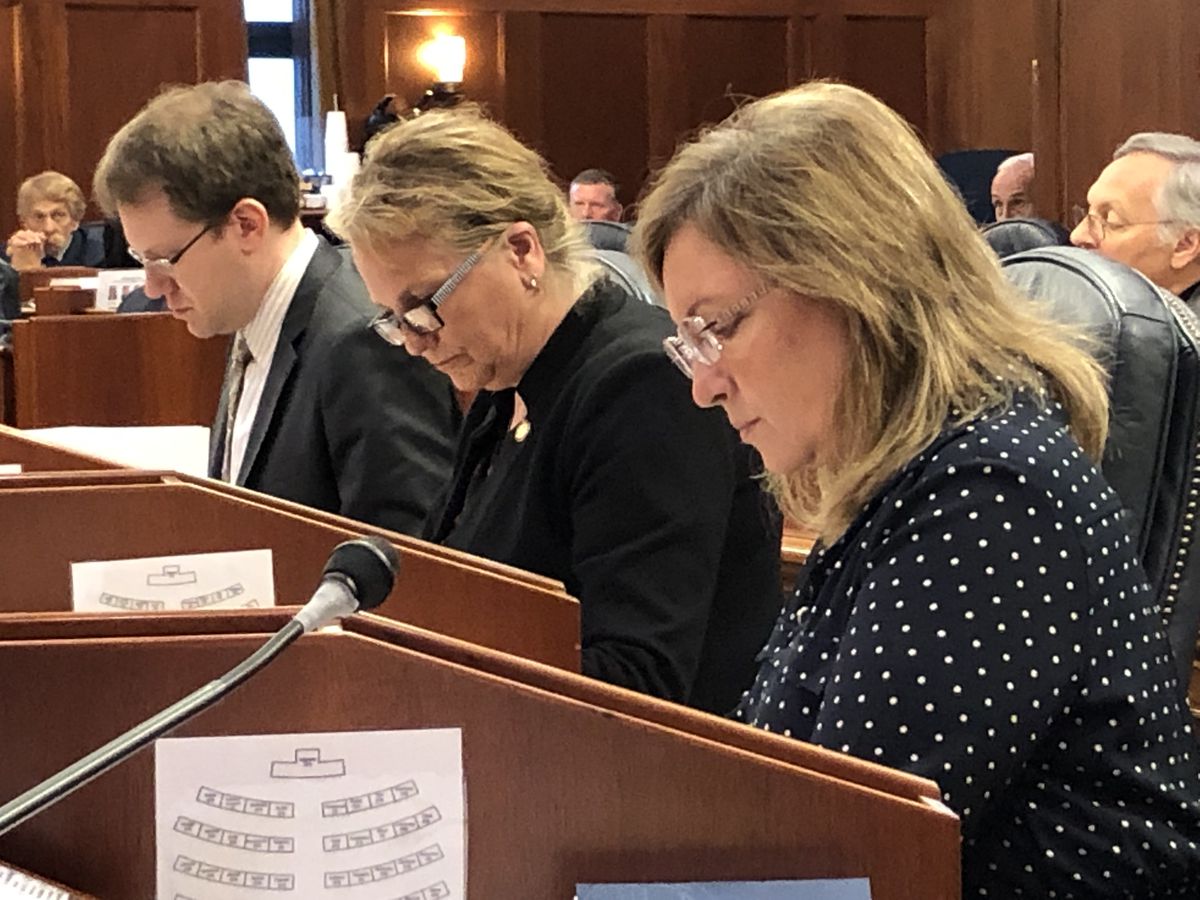 JUNEAU — The Alaska Legislature has 60 members, but when it comes to solving the state’s budget issues, the deciding votes appear to rest with the 15-member Republican minority in the Alaska House of Representatives. Unfortunately for hopes of a quick solution, members of that group say they don’t have a firm position on a necessary compromise.

“I think there’s alignment on (the dividend) and on the capital budget, but as you get beyond that, I think it’s just more of a desire to move Alaska toward a compromise,” said House Minority Leader Lance Pruitt, R-Anchorage.

“I think we’re still talking about it and trying to figure it out,” said Rep. Dave Talerico, R-Healy, when asked for the caucus position on the capital budget.

“As just an observer, I’d say they have a heck of a lot of leverage right now,” said Rep. Gabrielle LeDoux, R-Anchorage.

That’s a change from the regular session and the first special session, when the House’s coalition majority ran things largely without the minority.

“In reality, in most legislative sessions, minorities have very little power during the year, but are extremely powerful and influential in the endgame unless you’re dealing with a caucus that has its three-quarters,” LeDoux said.

LeDoux, a Republican, started the session as a member of the coalition House majority before a disagreement over the amount of this year’s Permanent Fund dividend led to her departure.

There are four issues at stake in the ongoing special session: the state’s operating budget, the “reverse sweep,” the capital budget and the amount of this year’s Permanent Fund dividend.

Earlier this year, the House minority refused to offer its votes on an aspect of the capital budget called the reverse sweep. With that vote’s failure, as much as $2 billion in various state savings accounts will be automatically drained into the Alaska Constitutional Budget Reserve. Draining those funds tears holes in the state budget, de-funding scholarships for college students, rural power cost subsidies and lower-cost vaccinations among other programs.

The reverse sweep requires a three-quarters supermajority, but the House minority wanted the Legislature to agree to pay a $3,000 Permanent Fund dividend. That hasn’t happened.

At the same time, the House minority also refused to fund the state’s capital budget with money from the budget reserve, again making its vote conditional on a dividend decision. Now, with portions of the capital budget unfunded, the state risks losing more than $900 million in federal money for roads and airports. Unlocking that federal aid requires that the state pay about $100 million, money that was in the capital budget.

On Friday evening, the Alaska Senate Finance committee advanced legislation that would repair the capital budget and address the reverse sweep. That legislation appears bound for a vote in the Senate as early as Sunday or Monday, but its prospects in the House will depend on the House minority.

Rep. Colleen Sullivan-Leonard, R-Wasilla, said the minority caucus remains steadfast in its support of a $3,000 Permanent Fund dividend. (The coalition House majority has proposed lesser figures throughout the year.)

Rep. Tammie Wilson, R-North Pole, is an independent Republican like LeDoux. She said resolving all four issues requires “a full package” of compromises.

“I think the idea is one big package, whether it’s in one piece of legislation or not,” he said.

Some lawmakers have talked about deferring discussion of the Permanent Fund dividend until a later special session, but Wilson doesn’t believe that’s a successful strategy.

“I think the trust in this building is at an all-time low,” she said. “To say you’re going to come back in October or November and not know what that new bill will look like just doesn’t work.”

“I wouldn’t be surprised for another special session at some point,” she said.

Despite the continued divide, LeDoux said there is still room for optimism.