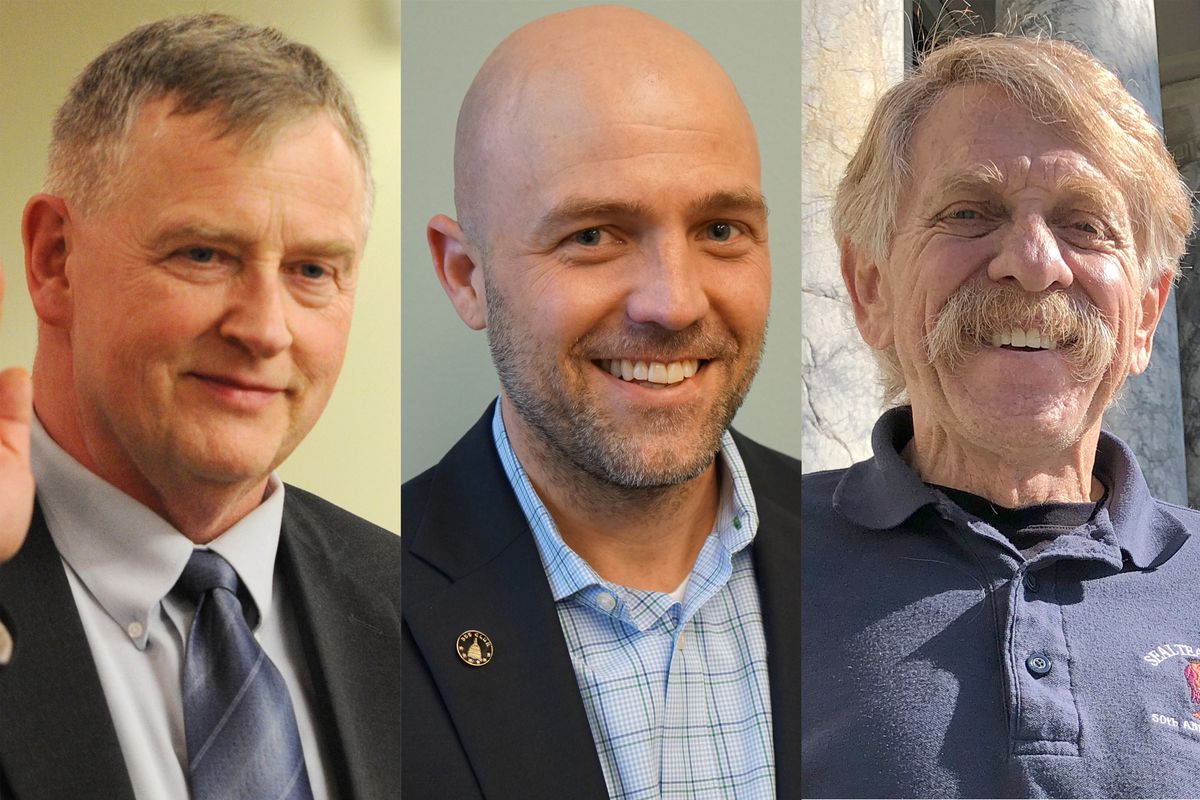 The party drafted a letter to Gov. Mike Dunleavy with the list of nominees Wednesday night.

Birch died on the evening of Aug. 6, and according to state law, Dunleavy must pick a replacement within 30 days. Traditionally, the state’s political parties have conducted a nomination process to help the governor make his selection.

Press secretary Matt Shuckerow said by email Thursday afternoon that the governor will interview the three nominees on Tuesday and "hopes to make a final decision by the end of August.

“Governor Dunleavy will consider many different areas and criteria when making this appointment, including: history and involvement in District M, civic engagement and relative experience, integrity and commitment to following the law, and viewpoints on policies such as government spending, resource and economic development, the Permanent Fund Dividend, and other issues that will impact Alaska residents beyond just District M,” Shuckerow wrote in the email.

The governor is not required to pick from the list suggested by the party, but any selection to replace Birch must be confirmed by the Senate’s other Republicans.

Once confirmed, the replacement would be sworn in when the Legislature next convenes. If the governor picks Shaw, that would open a vacancy for House District 26, and the selection process would repeat in the House.

Party officials interviewed the eight Wednesday night at party headquarters in Anchorage, then voted for the short list of candidates.

District officials are elected every other year as part of the regular district-level conventions ahead of the statewide Republican Party convention.

In this case, some of the district officials also were candidates for the Senate seat. Robbins, Revak and Shaw all sought the seat and were allowed to vote on the nominees.

Clary compared it to the way a political candidate can vote for themselves in an election.

“If they were running for office, nothing would preclude them from going to the polls and voting for themselves,” he said.

Donley’s spouse, Jamie Donley, is a District 25 precinct chair and also was eligible to vote.

Revak, who applied for the Senate seat and was a voter, said he was of two minds about being able to vote and called the situation “awkward.”

“Part of me says, you know, it’s kind of weird to be able to vote. The other part of me says ... if you don’t allow those people to vote, then you leave the decision on a handful of people,” he said.

Revak said he personally voted for Tali Birch, and “it was a big relief to me” to not be chosen as a finalist because while he was willing to serve in the Senate, he preferred to stay in the House, and the district is happy having him there.

Donley, a former state legislator who served in both House and Senate, was appointed deputy commissioner of the Alaska Department of Administration by Dunleavy and earns $154,176 per year from the state, according to public records. Donley also is a member of the Anchorage School Board. If selected for the Senate, Donley would have to leave both positions.

Cori Mills, assistant attorney general at the Alaska Department of Law, wrote by email that laws forbidding state employees from running for office don’t apply “to the gubernatorial appointment process to fill a legislative vacancy.”

Donley was born and raised in Anchorage, graduated from Dimond High School, the University of Oregon and the University of Washington Law School. In 1986, he was elected to the House and in 1992, he was elected to the Senate as a Democrat. He served on the Senate Finance Committee, and was its co-chair. He changed his party affiliation in the 1990s, winning a 1998 race as a Republican. He was defeated in 2002 by Hollis French.

Shaw is a sitting legislator elected in 2018 to the House seat vacated by Birch when he sought election to the Senate. He served in the U.S. Navy as a SEAL during the Vietnam War, was an instructor at the state troopers’ academy in Sitka, directed the Alaska Police Standards Council and served as the state director of veterans affairs.

Fogle is Moda Health’s Alaska sales executive, having joined the firm in June after working for the Alaska Chamber of Commerce at the start of the year. He formerly worked for RISQ Consulting as an employee benefits consultant. He unsuccessfully ran for House in 2018 and for the Anchorage Assembly in 2017.