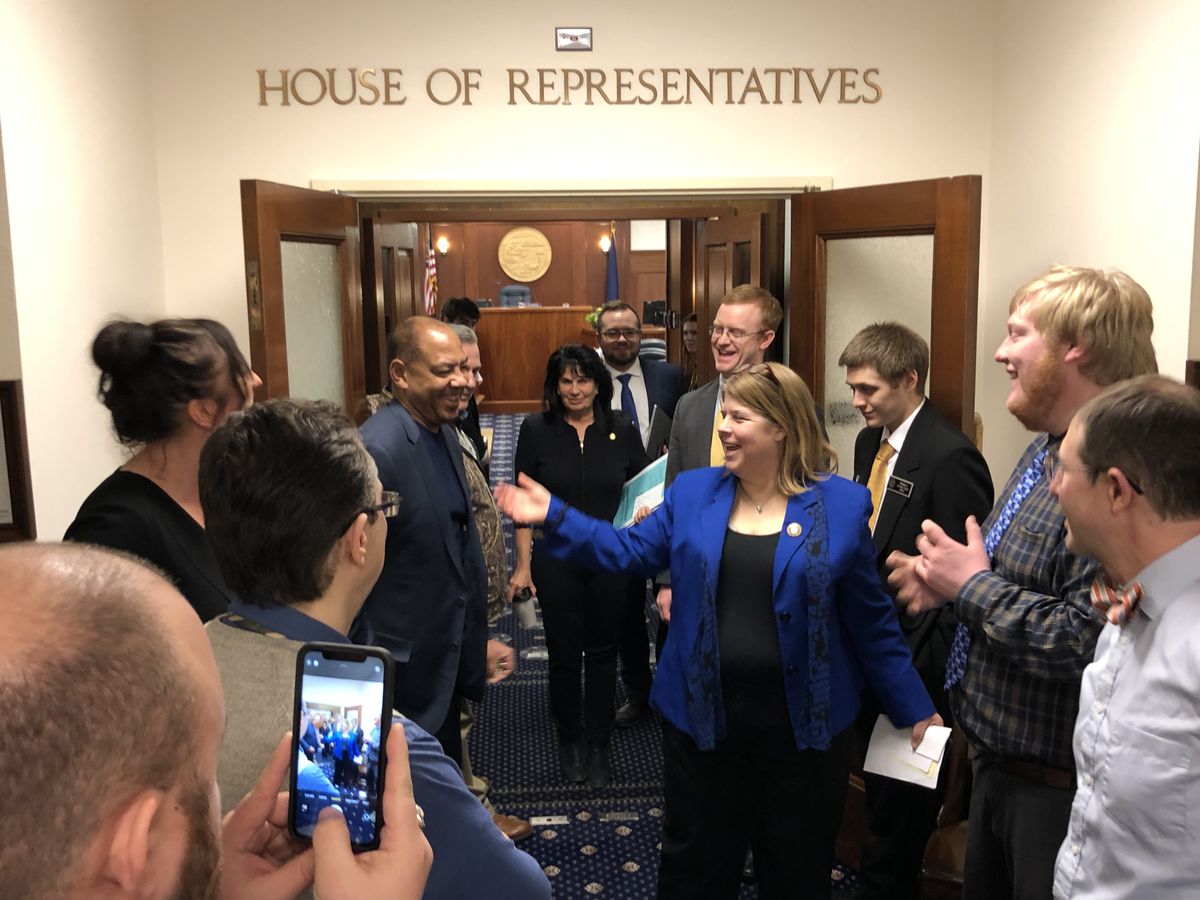 JUNEAU — Longtime state Rep. Tammie Wilson, a Republican from North Pole, said Friday she is resigning from the Alaska Legislature to join the Dunleavy administration as a policy adviser to Clinton Lasley, deputy commissioner of the Department of Health and Social Services.

Wilson announced her move in a surprise Friday evening speech on the floor of the Alaska House of Representatives, saying her resignation will be effective at the end of the day Saturday. Her resignation caps a decade of work in the state House.

Wilson described her new role as a “watchdog” working on behalf of families who have interactions with the state Office of Children’s Services.

"It’s the perfect job for me. I have been working against the things that have been happening to parents because of the Office of Children’s Services, because even if the children need to be removed … it’s such a complicated system that parents can’t get through it,” she said.

The Department of Health and Social Services is the parent agency of the Office of Children’s Services, and Commissioner Adam Crum previously announced that the office will be merged with the Division of Juvenile Justice as part of a reformation in the coming year.

Wilson’s announcement was greeted by applause from fellow legislators, who wished her well.

“Tammie, you’re going to be missed in this building, you really are,” said House Majority Leader Steve Thompson, R-Fairbanks.

“This is a real bummer,” said Rep. Gabrielle LeDoux, R-Anchorage.

Wilson was appointed to the House in November 2009 by then-Gov. Sean Parnell after Parnell appointed John Coghill to the Alaska Senate, opening a North Pole-area state House seat.

After her appointment, Wilson was elected five times to the state House, where she was a reliable voice in favor of smaller budgets. She also became a prominent voice in favor of reforming the Office of Children’s Services.

In 2016, Wilson said OCS actions amounted to “legal kidnapping” and asked a grand jury to investigate the agency. The grand jury passed the issue to the state ombudsman’s office, which in 2017 found that the agency’s problems were principally related to a lack of resources. The agency was being asked to do too much with too few staff and too little funding, the report said.

“We truly believe you were a singular force down here,” said Speaker of the House Bryce Edgmon, I-Dillingham.

The Alaska Constitution prohibits state legislators from taking state jobs that were created or had a pay increase while they were in office. Wilson said both she and the administration confirmed that has not happened since the 2018 election and said she decided to take the job Thursday. She said the position is currently vacant.

Wilson will be based in Fairbanks, she said. Her salary information was not immediately available.

“I have a wonderful district, and the district will have committee meetings, and they will make that determination through the process,” Wilson said.

Wilson didn’t rule out an eventual return to politics.