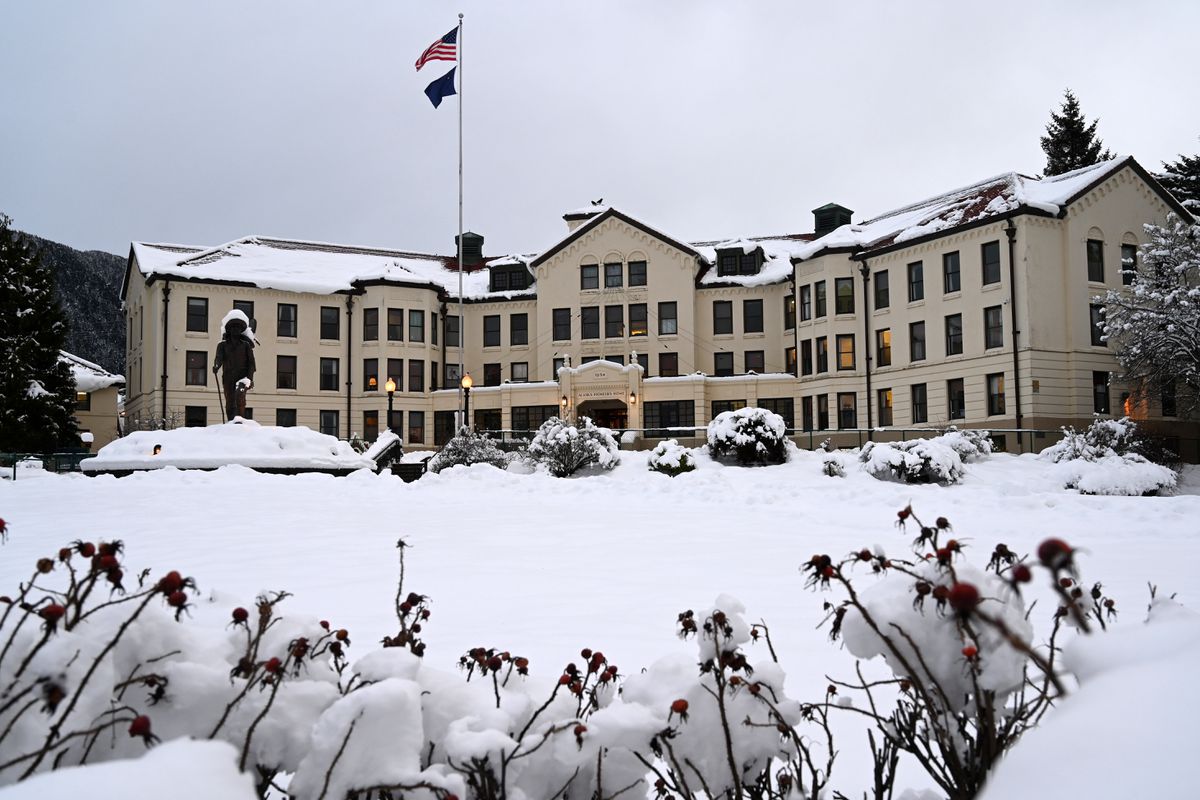 JUNEAU — With a half-hour of emotional testimony on Monday, Juneau residents urged members of a legislative committee to advance a bill that would partially reverse rate hikes at Alaska’s Pioneer Homes.

Doing so would require the state to shoulder more of the cost of the state-owned retirement homes, and for that reason, Sen. David Wilson, R-Wasilla, said he thinks there’s an even chance that the idea will not advance from the Senate Health and Social Services Committee, where he is chairman.

Senate Minority Leader Tom Begich, D-Anchorage, called Wilson “a guy who likes to balance things out,” and said he thinks the odds are better.

“I think we should have an opportunity to vote on it on the floor,” Begich said of House Bill 96, which was approved by the Alaska House of Representatives 35-4 last year. Begich is on the committee and supports it.

Drafted by Rep. Zack Fields, D-Anchorage, the bill would limit rate increases at the Pioneer Homes to no more than inflation, as calculated by the annual adjustment in Social Security payments.

If the bill advances from the Health and Social Services Committee, it would go to the Senate Finance Committee and — if approved there — to a vote of the full Senate. The governor would have an opportunity to veto the measure if it passes the Senate.

Last year, the Dunleavy administration sharply increased rates, encouraging residents to pay what it says are the true cost of services at the Pioneer Homes

To assist poorer residents, the administration — with the approval of the Alaska Legislature — boosted the amount available for payment assistance programs and helped residents with Medicaid applications that can shoulder costs as well.

But those programs require residents to sell most of their assets to become eligible, and there are particular problems for couples where one spouse is in the Pioneer Home and the other still lives independently. In those cases, some financial advisers have said that divorce may be the smartest option.

The rate increases became effective Sept. 1, and department deputy commissioner Clinton Lasley said only 16 residents have moved out of the homes, citing the higher cost as a reason. The Pioneer Homes had 443 residents as of the last day of 2019, according to figures provided by the department, and each home continues to have a waiting list for entry.

Fields said the goal of his legislation is to provide surety and stability for both the state and for residents.

“There continues to be a high level of interest in protecting the homes and being responsive to both residents and the public,” he said.

That was evident on Monday, as Wilson ran out of time to consider public testimony offered for the bill. (He said additional time will be set aside at the committee’s next hearing Wednesday.)

“When the changes came recently, it was devastating,” said Juneau resident Doug Larsen, whose father is 92 and has dementia.

Larsen said that last year, the administration proposed cutting the budget of the University of Alaska by 40% but backed off that plan in favor of phased cuts. He said he thinks House Bill 96 offers a similar option.

Luann McVey has two parents considering whether or not to enter the Pioneer Homes.

“Those were meant to be affordable senior living facilities,” she said of the Homes, “but this administration has raised the rates of those Pioneer Homes to the point where even my parents, who receive federal pensions, cannot afford to move in there.”

“We’re bracing ourselves for severe financial hardship,” she said.

Brad Rider, who testified in favor of the bill, is among the plaintiffs in a lawsuit seeking to reverse the rate increase. He urged the five senators on the committee to advance the bill.

“What we should be doing instead of destroying the Pioneer Homes — that place is fantastic — we should be holding it up for the rest of the country to look at. That place is great. Those guys are great. And I apologize,” he said, his voice breaking up.