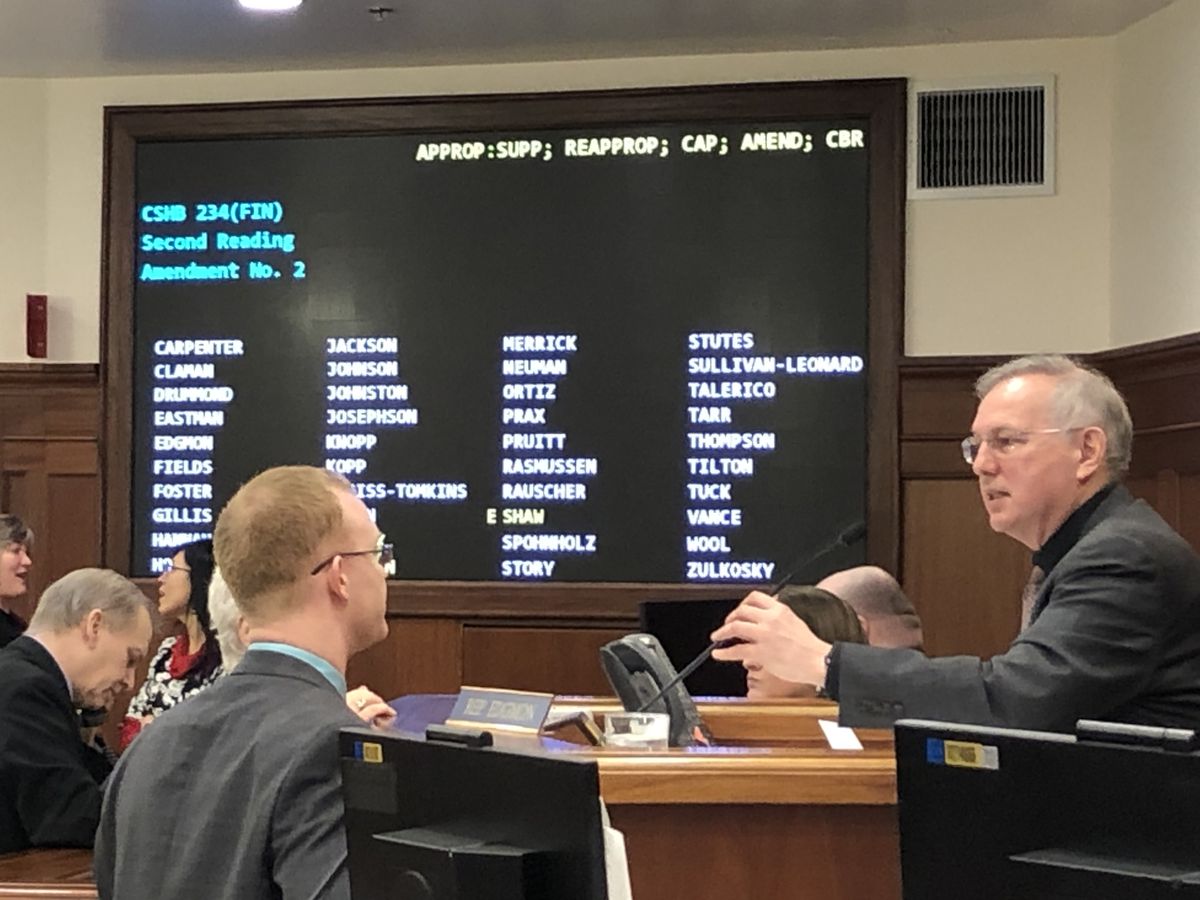 JUNEAU — With the CEOs of many of the state’s major hospitals watching on TV and from the Capitol galleries, the Alaska House of Representatives voted 35-2 to approve a $299 million supplemental budget proposed by Gov. Mike Dunleavy.

If accepted by Senate and governor, it would be the largest spending increase of its kind in state history, according to the state Office of Management and Budget and the nonpartisan Legislative Finance Division. Larger increases of this kind have been proposed before but were rejected.

Within the $298.7 million document is $144 million for the Alaska Department of Health and Social Services. Most of that money is earmarked for the state’s Medicaid health insurance program, which will run out of money March 23.

“Doors would have to be closed," said Preston Simmons, CEO of Providence Health and Services Alaska, explaining the possible consequences.

Seventy percent of Providence’s patients use Medicare or Medicaid, the state-federal program that covers about 30% of Alaskans.

“Hopefully it continues to be supported on the Senate side and when it gets to the governor,” Simmons said of the supplemental bill.

“We did not add to the governor’s supplemental,” said Rep. Neal Foster, D-Nome.

“It was our intent that we pass as clean a bill as possible,” he said.

Proceedings in the House were briefly interrupted by protests from Rep. David Eastman, R-Wasilla, who had suggested two cuts that were voted down on a bipartisan basis.

The supplemental budget is an ordinary part of the state’s budget process. The state regularly sets a budget based on what it expects to spend in the coming year. Then, once actual figures start to arrive, the Legislature and governor agree on a document that reconciles the difference between the plan and what is actually needed.

This year’s reconciliation may be record-breaking because of last summer’s wildfires and because of a missed Medicaid goal.

Last year, the Legislature and governor cut a combined $351 million from the state budget, with more than a third of those cuts coming from Medicaid.

At the time, both the Legislature and the governor believed the state could deliver Medicaid more efficiently and cut payments to providers without reducing service. That effort largely failed: The state reduced spending by about $20 million instead of the $166 million goal set by the governor and Department of Health and Social Services.

Fighting last summer’s wildfires cost several hundred million dollars, and the supplemental budget includes $110 million to cover part of the state’s share of that cost. Among other items is $12.5 million to renovate some of the state’s ferries.

Correction: This article has been edited to say that 70 percent of Providence Alaska patients pay for their care with Medicare or Medicaid, not Medicaid alone.