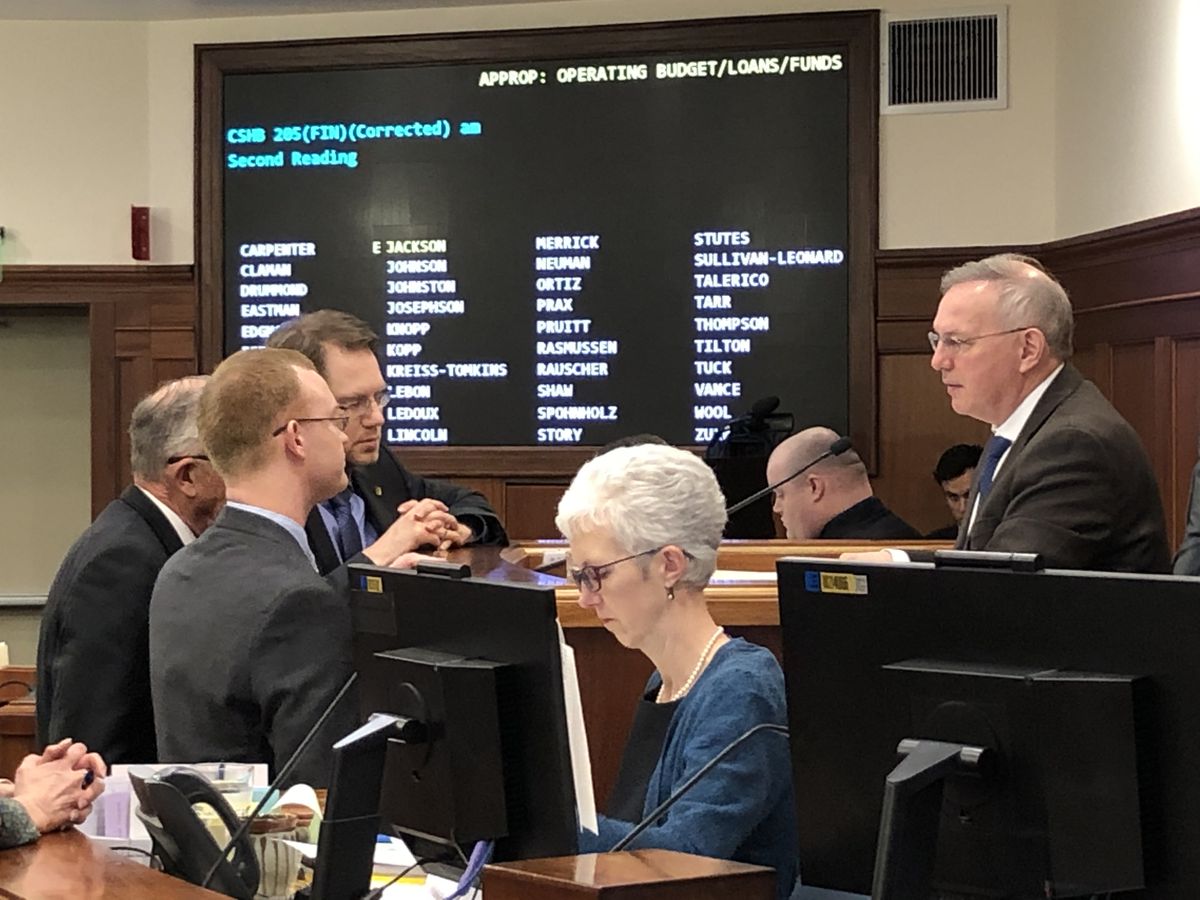 JUNEAU — The Alaska House of Representatives voted mostly along caucus lines Tuesday to approve a $4.5 billion state operating budget in the first major landmark of the state’s budget process.

The document approved Tuesday would set a state spending plan for the fiscal year that begins July 1 but must be approved by the Senate and Gov. Mike Dunleavy before becoming law.

The Permanent Fund dividend is not included, which caused the House’s Republican minority to oppose the bill. Members of the House majority said the dividend will be set separately.

The House finished its budget draft on the 43rd day of the legislative session, setting a record for speed, but Speaker of the House Bryce Edgmon, I-Dillingham, said that with the dividend unresolved, Alaskans should “expect the second half of session to be more contentious than the first half.”

In a foretaste of that contention, members of the House minority withheld a critical vote needed to spend money from the Constitutional Budget Reserve.

“The CBR’s still a point we will continue to talk about,” he said.

“It looks like it’s going to be an endgame deal,” said Rep. Neal Foster, D-Nome and co-chair of the House Finance Committee.

Last year, the House minority unsuccessfully attempted to use the budget reserve vote as leverage to increase the dividend. The House majority refused to budge, and the resulting showdown briefly defunded state college scholarship programs and the state’s subsidy for rural electricity.

So far, Pruitt said the House is enjoying a “collegial” atmosphere on the budget, and Foster agreed.

Rep. Gary Knopp, R-Kenai, said some of the credit for the changed atmosphere belongs to Dunleavy, who last year proposed hundreds of millions in cuts and revenue diversions at the start of the year. This year, he proposed few cuts, and spending in the House’s version of the operating budget is only slightly different from what the governor offered.

According to the state’s fall forecast, Alaska will have $5.1 billion in tax revenue and investment earnings (including Permanent Fund earnings) in the next fiscal year.

In addition to the operating budget, legislators still must approve a capital budget — used for construction and renovation projects — and set the amount of the dividend.

Dunleavy proposed a $2 billion payout that would deliver more than $3,100 per person, and members of the minority unsuccessfully tried to include that amount in the operating budget.

Other unsuccessful amendments would have paid retroactive dividends or made additional cuts to state spending.

The sole significant successful amendment Tuesday was offered by members of the majority and diverted $67.9 million in oil revenue from the state’s general fund to the Alaska Permanent Fund.

Tuesday’s action sets a speed record for budget action. In 2008, the Alaska House approved a draft budget on March 4 after starting work Jan. 16. Until Tuesday’s vote, that was the quickest the House had passed an operating budget draft to the Senate.