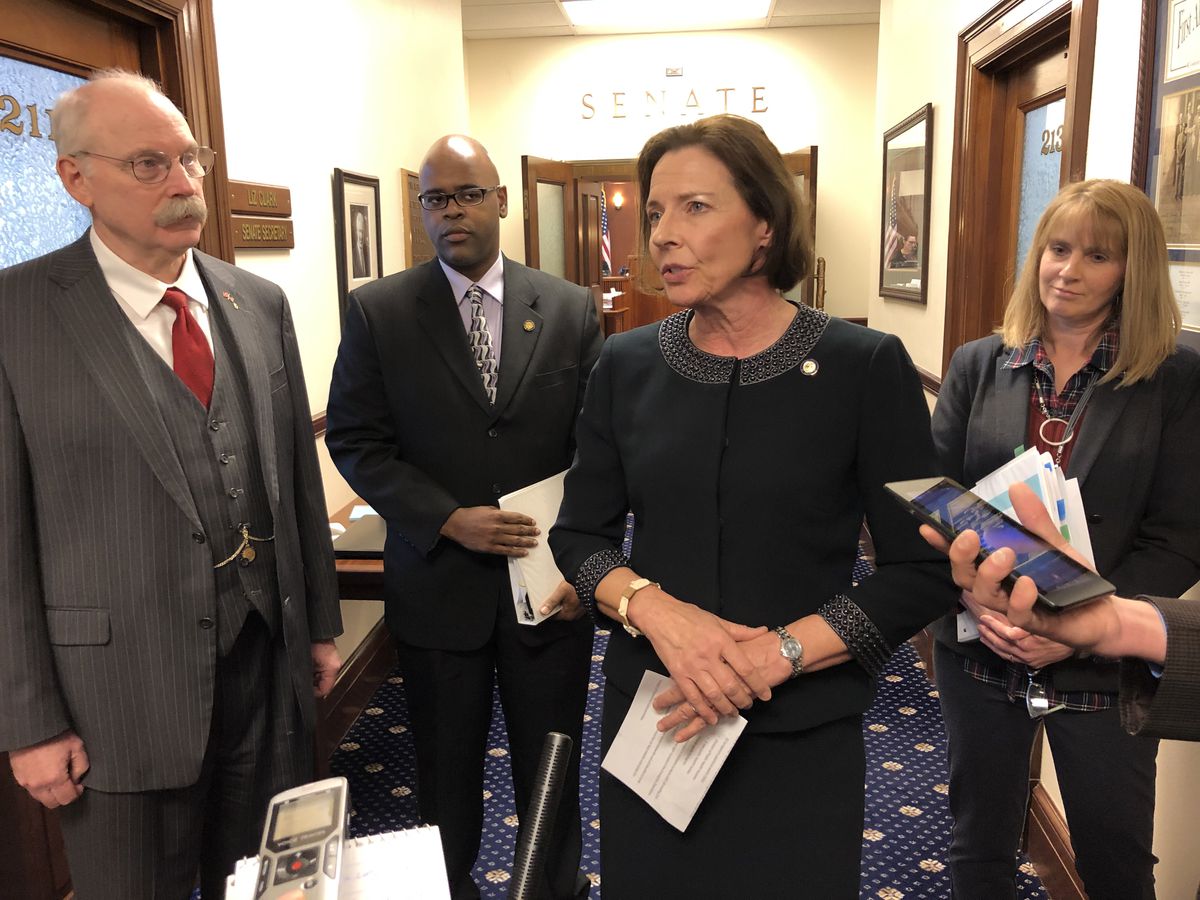 “This has been brought to the floor today so we can take a very effective and quick action to accept and free up these funds,” said Sen. Bert Stedman, R-Sitka and co-chair of the Senate Finance Committee.

Less than an hour after the Senate approved the bill containing emergency funding, the House followed suit.

Speaker of the House Bryce Edgmon, I-Dillingham, said the measure will be transmitted to Gov. Mike Dunleavy immediately. The governor had requested the money earlier this month.

No confirmed cases of coronavirus have been reported in Alaska, though Dunleavy declared a state of emergency on Wednesday. Forty-six Alaskans had tested negative for the disease as of noon Wednesday, and another 14 tests are pending.

The legislation approved Wednesday includes $4 million in state money and permission for the state to accept up to $9 million in federal aid.

Rep. Neal Foster, D-Nome and co-chair of the House Finance Committee, said it was important to get response money “out on the street.”

Doing so required a bit of budgetary surgery. Dunleavy’s request had been in the state’s supplemental budget, a document that covers immediate needs. During a committee hearing Wednesday morning, senators transplanted the request to the state mental health budget and sent it to the full Senate “in expedited fashion,” Stedman said.

[Gov. Dunleavy declares emergency over coronavirus, with still no cases confirmed in Alaska]

The mental health budget is ordinarily an uncontroversial item decided at the end of the annual legislative session, but this approach drew some opposition in the House, where Reps. David Eastman, R-Wasilla, and Mike Prax, R-North Pole, voted against it.

House Minority Leader Lance Pruitt, R-Anchorage, said it made sense to use the mental health budget.

“This is typically an avenue that is not as controversial,” he said.

“This year, we have extraordinary circumstances,” Stedman said.

Legislators are beginning to fear that the coronavirus epidemic could disrupt work at the Capitol and are trying to accelerate their work.

The Alaska House has already approved a draft $4.5 billion operating budget, and the Senate will finish subcommittee work on its version next week, Stedman said. That’s about two weeks faster than originally planned.

Senate President Cathy Giessel, R-Anchorage, said the goal is to pass a budget and adjourn the legislative session before the end of April.

“We absolutely don’t want to go into May. Cruise ships will be here. That jeopardizes the health of legislators,” she said.

Significant items are unresolved, however, including the amount of this year’s Permanent Fund dividend and whether or not the state should enact a tighter spending cap.

Lawmakers are considering their options if coronavirus arrives in the state capital before those issues are settled. After approving the funding bill, they met in a closed-door meeting. Press and members of the public were blocked from attending.

The intent was to discuss whether — and how — to conduct votes by teleconference or even lock down the Capitol building entirely.

“We are trying to formulate our plans on how to deal with this issue in the future,” said Sen. Gary Stevens, R-Kodiak and chair of the Legislative Council, a joint House-Senate committee that decides internal Legislative issues.

Despite the planning, business continues as usual in the Capitol. Shortly after voting on the coronavirus funding, members of the House and Senate rose to invite their fellow lawmakers to a dance party on Friday.