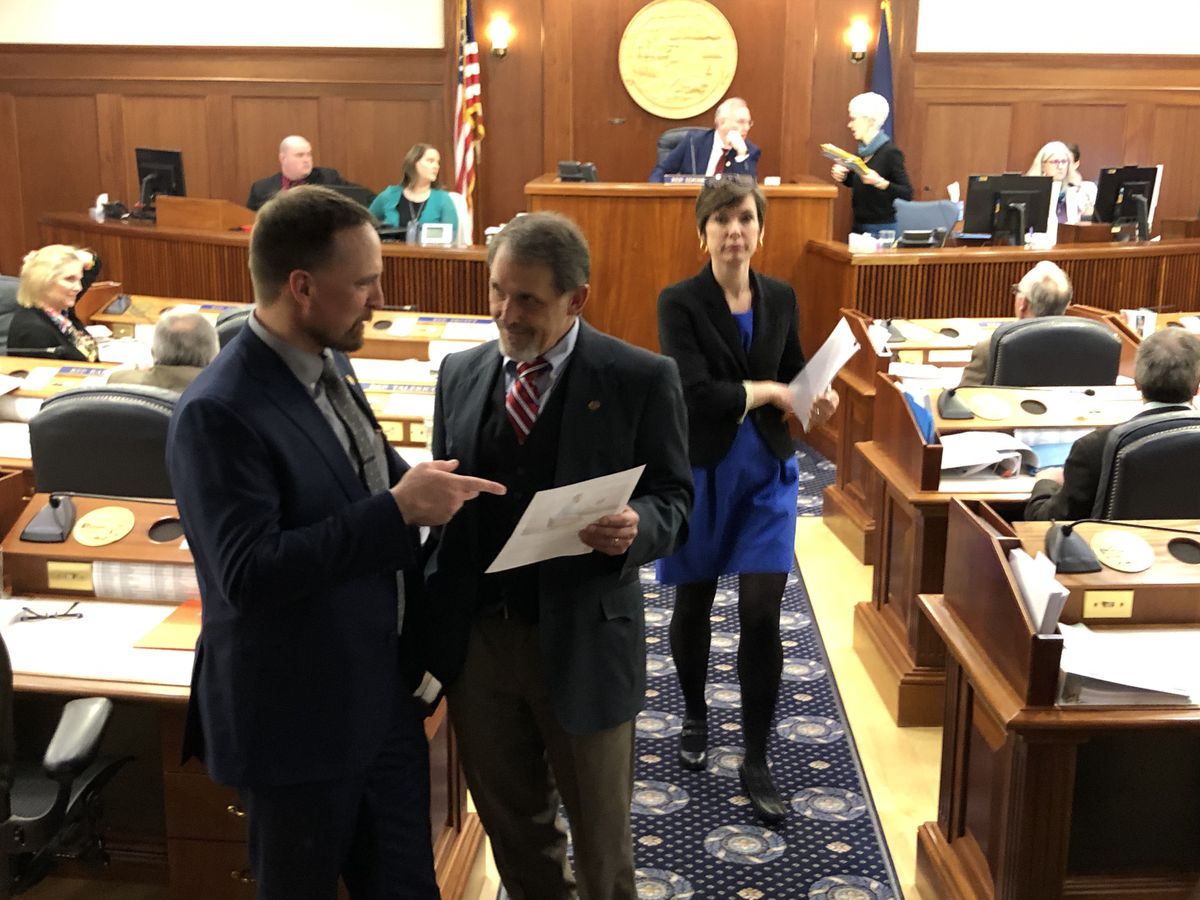 JUNEAU — In a series of radio appearances and a column written for Alaska’s leading Republican blog, Rep. Ben Carpenter has apologized for an analogy comparing the Nazi treatment of Jews to public health screenings in place at the Alaska State Capitol.

“If I had an opportunity to do it over again, I would have used a different analogy,” the Nikiski Republican said on KSRM-AM radio Monday.

During an email exchange with fellow lawmakers, Carpenter compared the Nazis’ practice of labeling Jews to stickers used to identify people who have gone through health screenings at the state Capitol.

Carpenter quietly went through the screening Monday as lawmakers arrived in Juneau to reconvene.

In a subsequent interview on Friday, he said fear, rather than white supremacy, drove the Holocaust.

“I apologize publicly for any offense that created, because that wasn’t my intent to offend,” Carpenter said.

Since Carpenter made his remarks on Friday, they have spread around the world, with coverage by the Washington Post, CNN and international news media.

He declined to offer additional comment Monday, saying his radio appearances and the column speak for themselves.

Carpenter said he chose poorly when he attempted to explain the dangers of government overreach and the consequences of fear.

“I am not a racist like I have been painted out to be,” he said on KSRM.

He said the focus on a single analogy has missed the core point of his remarks: “We must not allow our response to our fear to drive us to accept additional security at the expense of our liberty. The price to maintain the freedom and liberties we take for granted is high. We must be willing to pay the price or we will lose both,” he wrote.