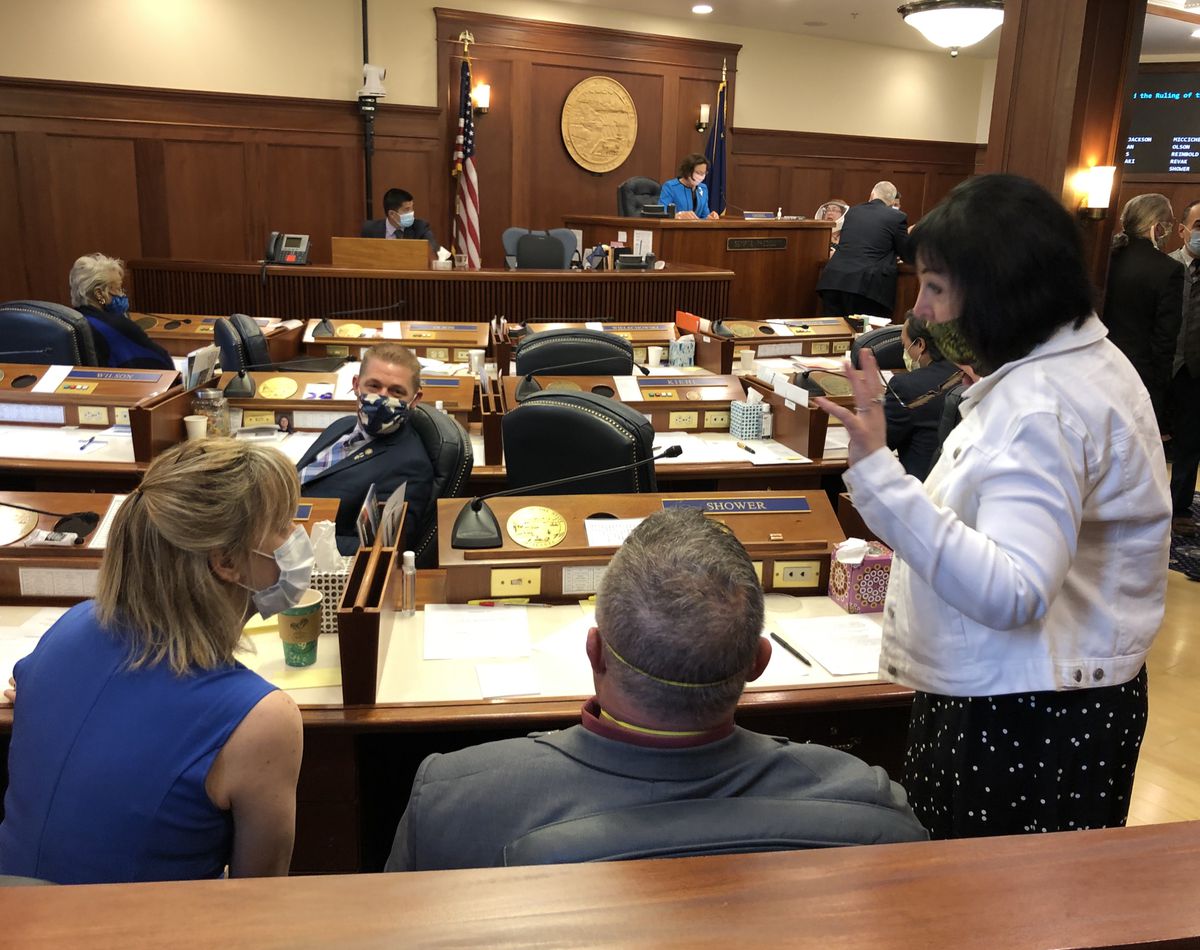 JUNEAU — If there was a smile at the end of the Alaska Legislature’s final day, it was hidden by a mask.

More than $560 million in municipal aid will be distributed to cities and boroughs starting Friday, the Alaska Department of Commerce told lawmakers.

"I thank the Alaska Legislature for approving my administration’s plans to distribute CARES Act funding for local communities, businesses, non-profits and Alaskans that have been impacted by this public health emergency. These funds will be critical to assisting our state’s economy in getting back on track, businesses open, and individuals back to work,” Dunleavy said in a written statement.

Following the vote, the Senate adjourned the Legislature’s regular session, though members of the House and Senate have said that a special session may be needed later in the year.

This year’s legislative session was interrupted March 30 when lawmakers left Juneau amid coronavirus concerns. They returned Monday morning after a Juneau man sued over an aid plan authored by Dunleavy.

That plan, said Juneau resident Eric Forrer, had to be authorized by the full Legislature. The legal fight will continue, his attorney said Tuesday, but Forrer will not seek to pause aid while the courts decide its legality.

Sen. Lora Reinbold, R-Eagle River, mirrored Forrer’s arguments and brought a bit of drama to the Legislature’s final day as she unsuccessfully tried to amend a bill confirming the governor’s plan. She cast the lone “no” vote against the plan.

She said she isn’t against aid for small businesses but believes the Legislature’s proposed method was unconstitutional. It would be better, she said, to draft an appropriations bill and allow all lawmakers input on its details.

The Eagle River senator protested the process and said that public health measures imposed by the governor amount to martial law.

Most of her arguments had little support among legislators. Later, when asked what he thought of her comments, Gov. Dunleavy said in a media briefing Wednesday evening, “Don’t agree with it, don’t agree with the premise. ... We’ve had advice for months that the mandates are not unconstitutional.”

In the Senate gallery, one member of the House shopped for camping equipment on his phone while Reinbold spoke.

Some senators paid close attention to the time, anxious about catching a noon flight to Anchorage.

They needn’t have worried — the day’s work, which started at 8:30 a.m., was done before 10 a.m., and Sen. Josh Revak, R-Anchorage, enthusiastically made the motion to adjourn the Legislature for the year.

Clarification: This article has been updated to clarify that Sen. Lora Reinbold, R-Eagle River, was not opposed to pandemic aid but just the method used by the Legislature to approve it.