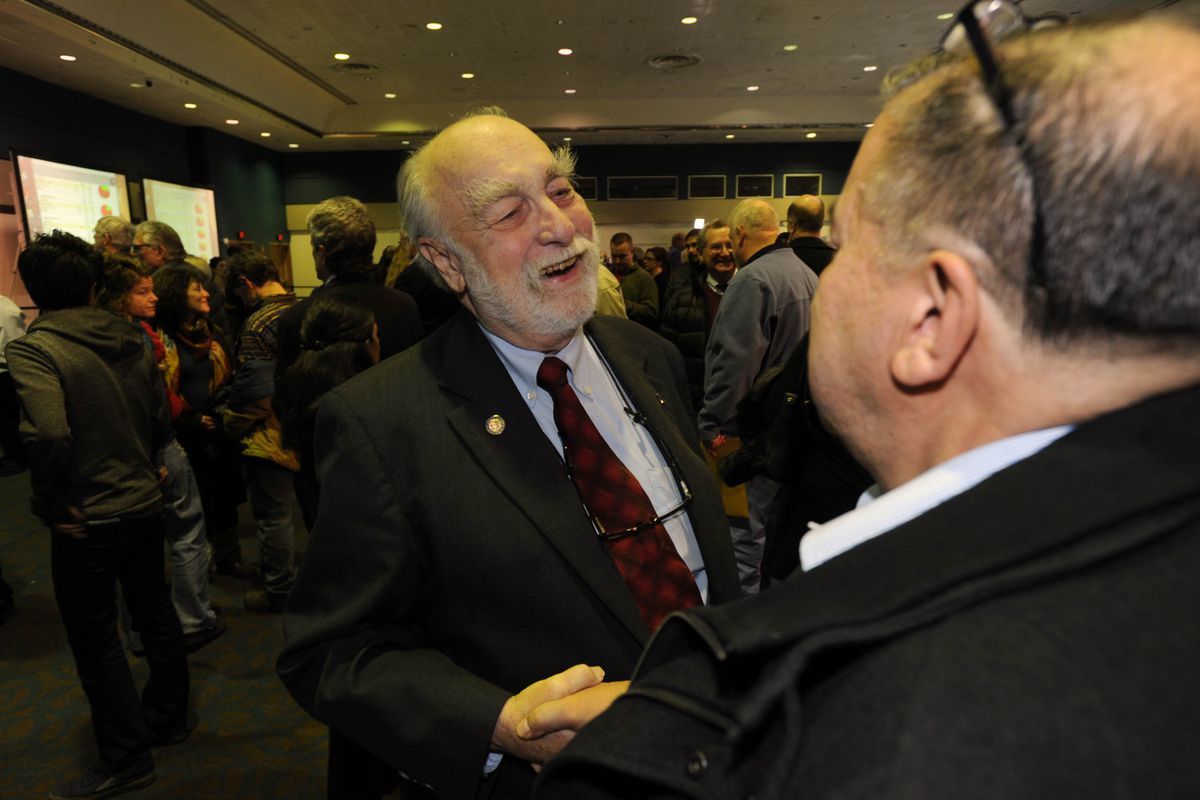 Rep. Bob Lynn of Anchorage and Sen. Lyman Hoffman of Bethel shake hands at Election Central in the Egan Center in Anchorage after the polls closed on Tuesday, Nov. 4, 2014. (Bill Roth / ADN archive)

Rep. Bob Lynn of Anchorage and Sen. Lyman Hoffman of Bethel shake hands at Election Central in the Egan Center in Anchorage after the polls closed on Tuesday, Nov. 4, 2014. (Bill Roth / ADN archive)

Lynn moved to California in 2019 and had been in and out of the hospital during the past month.

Born in Los Angeles in 1933, Lynn was elected to the Alaska House in 2002 and served in the Legislature until he lost the 2016 Republican primary to Chris Birch. At the time, Lynn was dean of the Legislature, an honorary title given to the oldest member.

He had an eclectic career that saw him work as a police officer in Tucson, Arizona, an ambulance driver, mortician’s assistant, public school teacher and Realtor. He was best known in the Legislature for his experience in the Air Force, where he served as an interceptor pilot, radar controller and bandsman. He was a passionate advocate for veterans’ causes.

Lynn was married to Marlene Wagner Lynn for more than 55 years; she died in 2016. They had six children, 21 grandchildren and several great-grandchildren at that point.

Lynn was an active blogger who spent more than a decade sharing anecdotes about his time in the Legislature and his life outside the Capitol. In 2012, he shared a poem he wrote while observing the air war in Vietnam as a radar station commander:

My job is very pleasant

I serve my tour

And ask no questions.

For me it’s nothing personal,

And distant voices on the radio.

Men don’t die in my war

(though I lose a lot of callsigns).