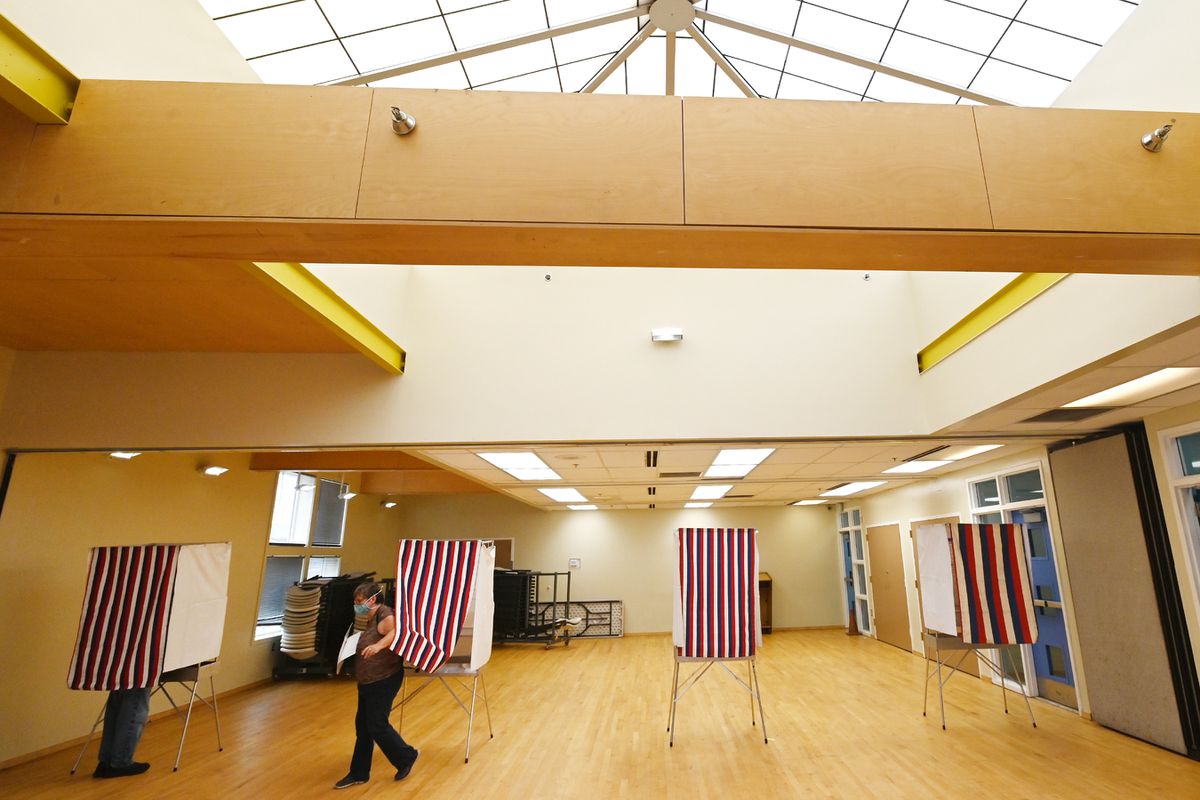 Seeking to help their party, their cause, or simply to make things tougher for their opponent, several candidates in November’s general election say they’re dropping out ahead of a Monday deadline to do so.

Alaska law allows political parties to name replacements for primary candidates who quit, and some of the prospective dropouts said they’ve been searching for a stronger candidate to replace them. Others said they’d rather see an opponent lose than themselves win.

Stephany Jeffers of Chugiak ran unopposed as an independent in the Senate District F primary, putting her against incumbent Republican Sen. Shelley Hughes of Palmer and Libertarian Gavin Christiansen in the general election. The district includes Chugiak and parts of the Matanuska-Susitna Borough. No Democrat entered the race.

”We are going to replace me on the ballot with former mayor of Palmer Jim Cooper,” she said.

Cooper, like Jeffers, isn’t registered to any party, but Jeffers won the Democratic primary, so if she withdraws, local Democratic officials can name a replacement.

“They’ve been kind of courting me for a while to do this,” Cooper said of Jeffers and Democratic officials, and on Friday, he filed the paperwork to make the switch.

While the results of the Aug. 18 primary election won’t be certified until Monday at the earliest, preliminary results were finalized Friday, giving candidates, political parties and special-interest groups a chance to assess their odds.

In North Pole, longtime Republican Sen. John Coghill lost by 16 votes to Republican challenger Robert Myers. In the general election, Myers will face two independents: Marna Sanford, a borough assemblywoman backed by progressives, and Evan Eads, a shopkeeper who grew up in a Christian commune.

Eads has received calls from Republicans and Democrats asking him to drop out. He plans to stay in, he said.

A one-on-one campaign is difficult, and a three-way race is much more unpredictable, Sanford said. She’s analyzed scenarios with her campaign staff, examining what might happen if Eads stays in and what happens if he drops out.

“A third candidate is never what you would want. We all agreed on that,” she said.

“It’s also really hard to determine who he’ll pull votes from, so for a clean race, for a clean prediction of where you stand, we want a two-person race. It just makes it way, way easier to pick up our voters one by one,” she said.

In Eagle River, Mike Risinger and Bruce Batten had a similar thought. That’s why they agreed before the primary that Batten, who won the Democratic primary in House District 14, would withdraw after the election and throw his support behind Risinger, who will face Republican incumbent Rep. Kelly Merrick one-on-one.

Batten and Risinger said they were worried about splitting the vote, the idea being that anti-Merrick voters would be divided between two options. This way, they only have one alternative.

Risinger said that with partisanship rising nationally, it makes sense to have an independent lead the charge, because if a Democratic candidate opposes Merrick, it could turn off some Republicans.

“Independents have sort of a neutral sound to them, and someone who is going to vote for principles instead of party, I think that appeals to everyone,” he said.

In 2014, the Alaskan Independence Party’s candidate for U.S. Senate, Vic Kohring, dropped out ahead of the general election in order to clear the way for Republican candidate (and eventual winner) Dan Sullivan. Kohring said at the time that he didn’t want to split the conservative vote against incumbent Democratic Sen. Mark Begich.

Last-minute replacements also have a history.

In 2008, Democratic state House candidate Bronson Frye dropped out of a race in Anchorage and was replaced by Chris Tuck, who won the general election and has filled the seat since. In 2014, Democratic candidate Adam Wool did the same for a Fairbanks seat and also remains in the Legislature.

Despite those assurances, nothing is final until the withdrawal deadline passes. Some candidates have been asked by party members and even friends to reconsider whether they’re really committed to an intense election campaign.

Cacy volunteers as treasurer of the Permanent Fund Defenders, a nonpartisan organization devoted to preserving the Alaska Permanent Fund. Over the weekend, at least one of the group’s leaders asked her if she was serious about her campaign. If not, they said, she might consider withdrawing.

“That’s really what we’re asking Roselynn: Are you a serious campaigner?” said Juanita Cassellius, one of the group’s coordinators.

Cassellius said that’s a question many challengers will be asking themselves.

“There’s going to be a lot of people deciding in the last minute here,” she said.

Republican Sen. Natasha von Imhof, the incumbent, narrowly won her primary, and if Cacy drops out, that would leave the challenger’s seat to Jeff Landfield an independent who has campaigned since June.

If Cacy stays in, he said he’s prepared to quit.

He wants von Imhof out of office but said he believes there’s “not enough money, not enough votes” to beat von Imhof in a three-way election.

“If Roselynn stays in the race, I’m going to withdraw,” he said Friday.

Cassellius said her group doesn’t yet have a preference between the two, and despite both candidates’ statements, she thinks things could change by Monday.

[Correction: A previous version of this article incorrectly reported which House district Bruce Batten won in the Democratic primary. The article also incorrectly stated that Roselynn Cacy is a CPA. She is an accountant, but not a CPA.]